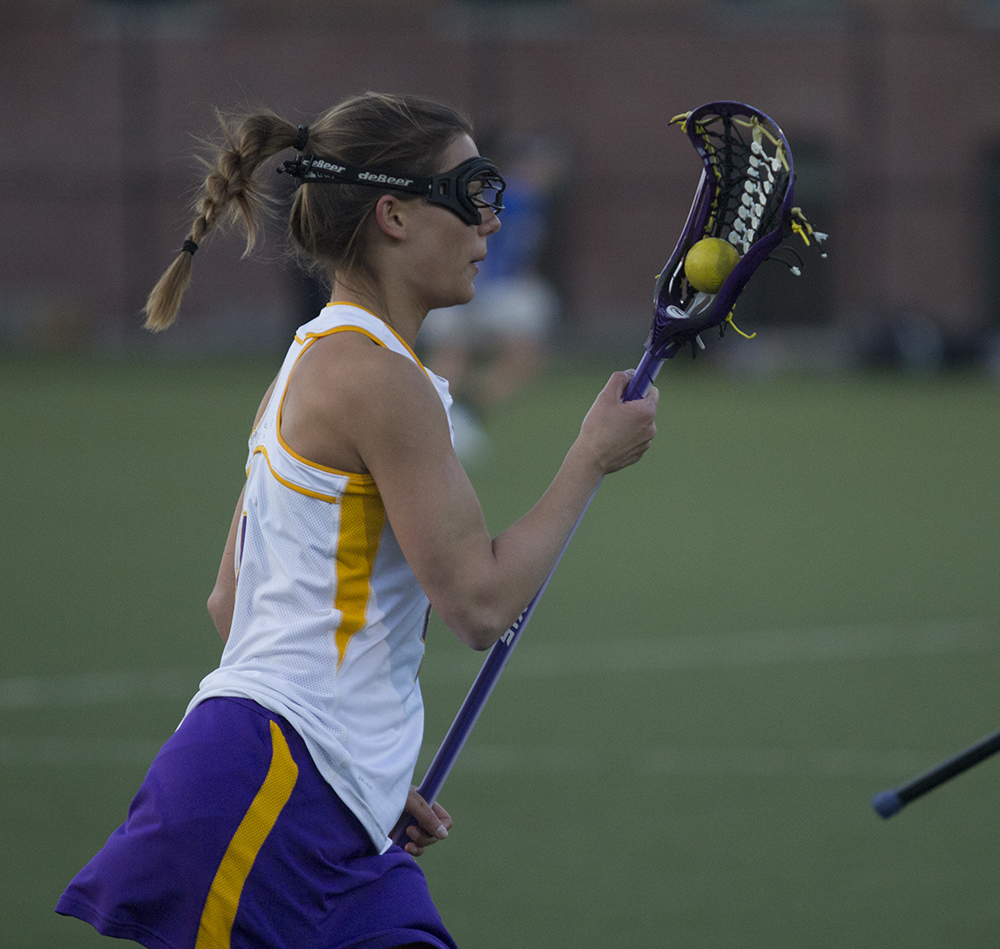 Chelsea Phillips continues to lead as captain of the women’s lacrosse team and currently is number one in the Great Northeast Athletic Conference (GNAC) in goals and shots attempted, and was named conference player of the week earlier this month.

Phillips said she has evolved her game this past year to become a player that can be used on both ends of the field.

“I think I have become a more rounded and balanced player this year,” said Phillips, a junior marketing communication major. “I think I’ve become more aggressive on defense and that has helped with my offensive game, as well.”

Phillips has scored 20 goals and has attempted 33 shots so far this season, just four fewer than she had all season last year after Phillips exited the season prematurely with a severely sprained ankle, ending the season scoring 24 goals in just seven games.

Phillips was also awarded with a position on the GNAC Academic All-Conference Team last year.

Head coach Megan Moore said that Phillips is currently their go-to player offensively, but is also helping the team’s cohesion on the field.

“She is definitely the power player for us right now,” Moore said. “She is doing a lot for us, especially in the midfield in controlling the ball and helping us maintain possession.”

Phillips is currently ranked second in the GNAC in draw-controls, with 24.

The women’s lacrosse team is coming off an 8-7 season. Emerson lost in the semifinals of the GNAC playoffs.

The Lions are currently 2-3 overall, and 0-1 in conference play.

Krystie Zoch, a junior communications sciences and disorders major and a midfielder, said that the team’s chemistry has improved from last season and she believes it will lead to more success further into the year.

“The team dynamic has really grown since last year,” Zoch said. “Everyone is really working well together and we are excited to have those relationships on the field for the entire season.”

The Lions’ next game is scheduled for March 23 at Norwich College.