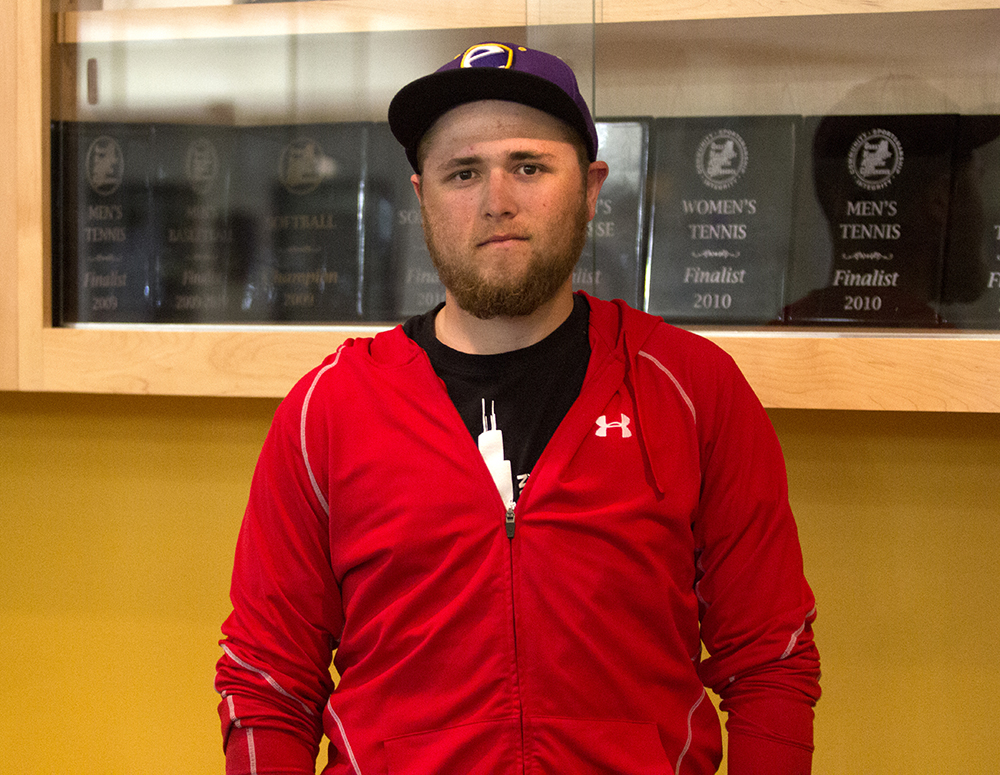 Down 12 players who graduated last year, the Emerson baseball team is looking for new leaders—and first baseman Zach Dean has proved to be an increasingly important force this season.

During the Lions’ nine non-conference games over spring break in Myrtle Beach, S.C., the sophomore  journalism major went 14 for 30, and hit two triples. He also made several line-drive catches over the week, securing his position at first base.

“He is delusional about his speed,” said head coach David Hanley. “Now he thinks he’s the fastest guy in the league.”

Even though the team is 0-9 this season, Dean is still optimistic about its upcoming games against Polytechnic Institute of New York University and Southern Vermont College, which were postponed due to the weather.

Dean, a Florida native, said he struggled in the beginning of his freshman year because of the erratic Boston weather, along with the faster pacing of college games.

“I’ve always been a big believer in experience,” said Dean. “I am seeing pitches well, [and] getting more comfortable each game.”

Despite his high batting average of .467, Dean said he prefers to focus on the team’s performance overall, not his individual figures.

“I like where I am, [but] I don’t like to look at the stats except for the wins and losses,” he said. “Our team motto this year is ‘pride,’ and you get that by winning games.”

Last year, Dean injured his palm and was forced to sit out for the end of the season.

“He had to watch the team from the bench [and] learned a valuable lesson,” said Hanley. “[Now] he knows what it takes to hit the ball.”

Julian Rifkind, a sophomore journalism major and a fellow teammate, said Dean is a great influence on and off the field.

“[Zach] is the ideal type of teammate,” Rifkind said. “He leads by example, which was pretty clear by his performance on the spring break trip.”

This season is Emerson’s last competing in the GNAC; the athletic department will move to the New England Women’s and Men’s Athletic Conference.

Correction: An earlier version of this article said that the team's games over spring break were during its preseason; they were during its regular season. It also stated that that Polytechnic Institue of New York University and Southern Vermont College are in the GNAC; they are not members of that conference.