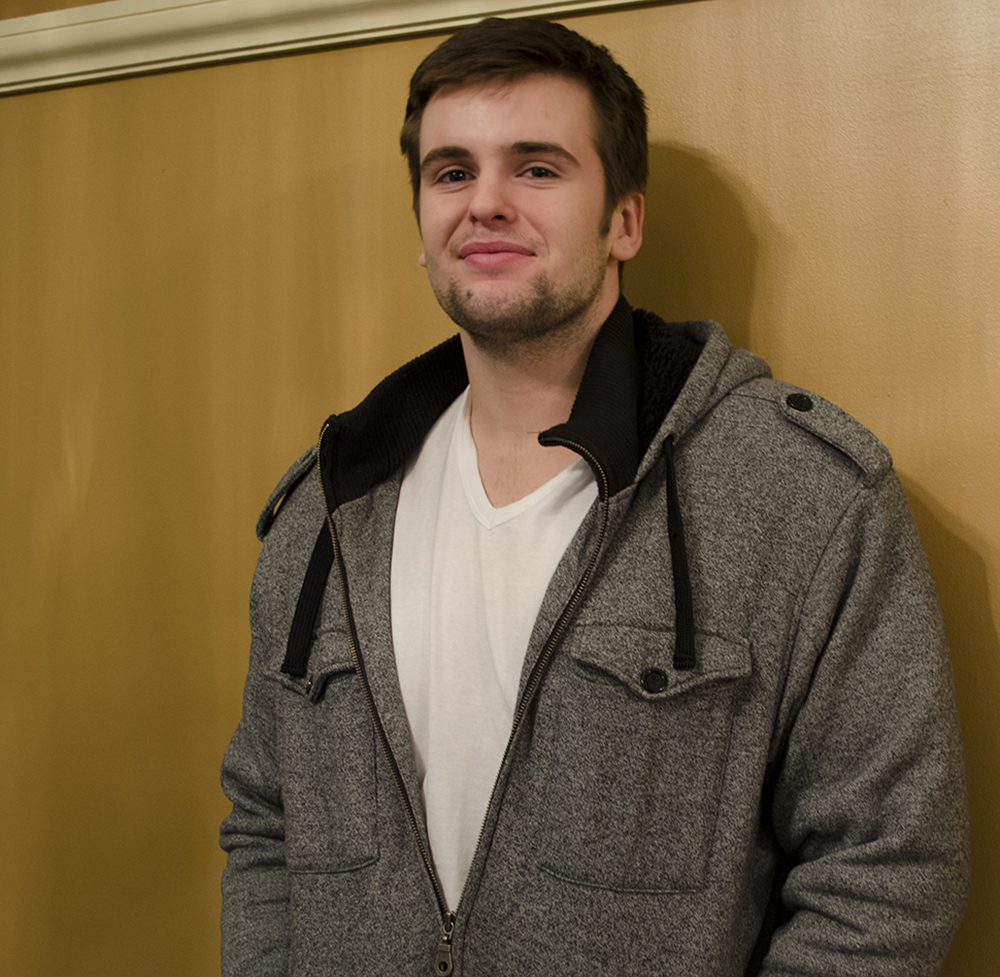 His size is enough to intimidate almost anybody in the same room as him—except his teammates. In the 20-year-old marketing major's first month at school, he has already started to build a strong bond with the team.

Johnston’s journey to Emerson was not a simple one. The freshman moved to Colorado from Australia at age 14, then moved to Canada, then to San Francisco, then back to Colorado, before finally landing in Boston this semester.

Johnston said that two months ago, he was not even planning to play college basketball.

“I went to school last semester at a community college in Boulder Colorado,” said Johnston. “I was training with their rugby team. I was supposed to go that way but decided to go basketball last-minute.”

The experience that Johnston brings to the court is not as vast as that of other players, as he  only started playing as a senior in high school.

Johnston may be playing for the Lion’s, but he said he also chose Emerson for the academics.

“I was looking into Emerson for the marketing program in particular,” said Johnston. “And then I found Coach O'Brien, emailed him and told him how tall I was. He was more than happy.”

O’Brien said he was happy to get the email.

“I was immediately interested,” said O'Brien with a smile. “You don't have to be a genius to know that if somebody is 6'6 and 240 pounds, and a big kid, that we would be interested in him.”

Johnston joins an Emerson team that has had a successful start to its season. The Lions are 5-2 in the GNAC since the beginning of the new year, and 7-3 overall in-conference, and fourth in the GNAC standings. Despite all of the teams success offensively, it currently ranks eighth out of the eleven in the conference in rebounding.

Johnston's teammates said they believe his size will help them immensely here.

“I think Kirby will definitely help change that because he's a big body,” said freshman Bobby Ganges. “If anyone's ever met Kirby before they can tell he's a pretty strong guy...we look to have his size be really effective sometime at the end of this year.”

But time is one obstacle that currently stands in Johnston’s way. The season is winding down at this point, and O'Brien believes that it will be hard to fit him into the rotation, unless changes are made.

“We only have a month left. We have seven regular season games left. Who knows if he is going to be able to get himself in condition soon enough to make a contribution,” O'Brien said. “Not only does he have to get in shape, he has to become acquainted with how we play...he just doesn't have that much time.”

Although O'Brien is not sure as to whether or not Johnston can get into basketball shape in time, he does know that there is a place for him if he happens to do so.

“If he gets himself in shape and we think he's in a position to be able to help us, we won't hesitate to use him,” said O'Brien, “But we are going to have to keep (the system) very, very, simple for him.”

Johnston understands the possibility of not seeing much time on the court this season, but he is more focused on preparing for the future.

“I came to Emerson out of shape, not having played basketball in a while, knowing I wouldn't be starting (center) this season,” said Johnston. “Being a freshman, I have three and a half more years to train. You can train skills but you can't train size, which is where I come in.”