She loves my big ego 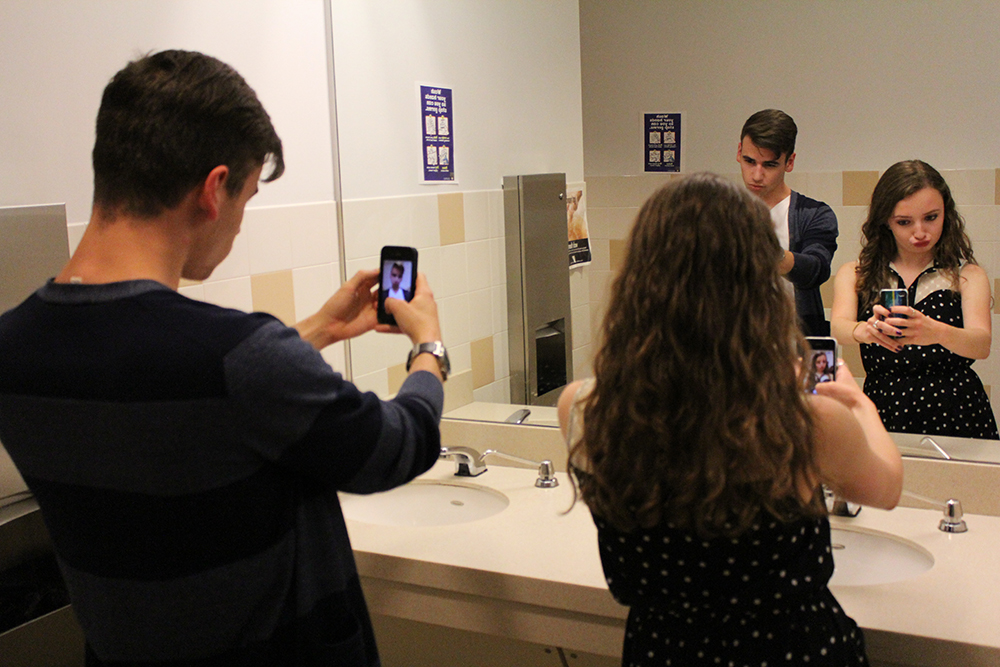 You tend to see narcissists a lot now on television shows.

From the serial philanderer and tortured ad man Don Draper on Mad Men (with secrets as dark as his perfectly gelled hair) to Walter White and his twisted foray in the world of meth to spare his family in Breaking Bad, TV is full of egotists of the highest order. It’s normal to see vain, self-absorbed people in drama; egotists go as far back as Richard the III and are as modern as Hank Moody from Californication. But more and more often, egotistical characters are serving as the main characters on comedic shows.

From Two and a Half Men’s Charlie Harper to Archer’s Sterling Archer, we’re starting to laugh at these selfish characters. By laughing at these egotists, we see the idiotic side of self -absorption that’s prevalent in reality television and increasingly on social media. In a fictional setting, these narcissistic characters serve as a mirror to highlight our faults.

Narcissism is defined as both a mental disorder on the Axis II chart and a cultural problem. People who are defined as narcissists are usually shameless and arrogant with a grandiose sense of entitlement. Normally you’d think a person who acted like that would be insufferable. However, nearly all critically-acclaimed TV comedies have exploited the narcissistic qualities of their protagonists to earn laughs, and big-budget TV dramas have started exploring the sinister underside of the narcissistic lifestyle.

Archer, an animated show about bumbling spies, shows how both the dapper killer known as Sterling Archer and the insane, glue sniffing secretary Carol can be gripped by the same destructive vanity. Peter Griffin’s mad schemes on Family Guy often cause huge amounts of damage to his family life and his town of Quahog. Homer Simpson and Eric Cartman could be said to suffer from the same destructive egotism. Live-action shows are no exception: Charlie Harper in Two and a Half Men, the Paddy’s Pub Gang in It’s Always Sunny in Philadelphia, and Sheldon Cooper from The Big Bang Theory all fall within this same category.

The real question is why we find these characters so funny. Often on social media sites we see idiotic comments, Instagram pictures of duckfaced middle school girls, and other examples of self-absorbed people. As we’ve created more ways of communicating over the internet, we’ve become almost less social; we talk face-to-face less and rely more on texting, Skype, Twitter, Tumblr, and other social media outlets.

I’m not a technophobe, but I think modern technology is making us more self-aware in both good ways and bad. Self-love is good in moderation, but too much can lead to selfish or senseless thoughts and actions. While reality television shows highlight these attributes, they don’t do much about them. The media portrays these forms of hyper-narcissism in a neutral light, neither good nor bad.

In these TV comedies, the plans of the self-absorbed often go astray. (The countless business proposals of the gang in Always Sunny, the various relationship problems of Charlie Harper, and so on.) What’s important about the comedic element is that there’s a hope of redemption for these characters. Conversely, characters like Don Draper and Walter White will remain dramatic characters because their arrogance is all about self-preservation in the face of an intense identity crisis, and reality television stars show off a style of narcissism with no filters attached. TV comedies, unlike dramas, show the stupidity of narcissism and the true consequences of conceit.

So if you’re feeling bad about your recent Facebook post about cats or the most recent gutter crawl through the streets of Boston, sit back, turn on some comedy, and watch the real losers do it.