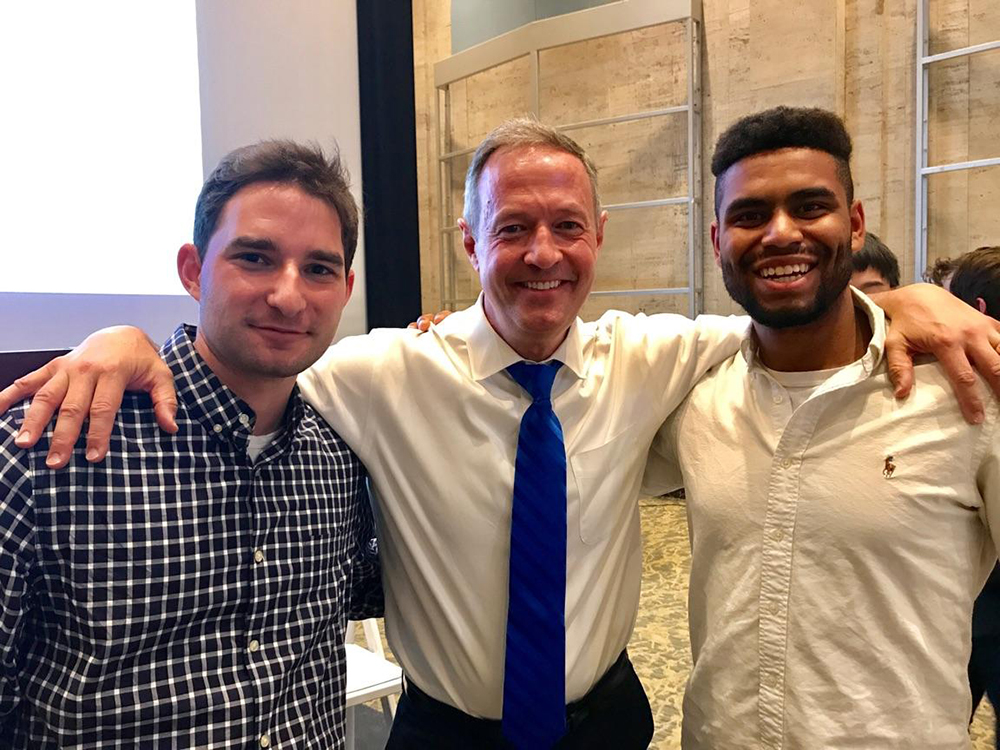 During his appearance at Emerson College, former presidential candidate Martin O’Malley described a future in a world where traditional structures of government and power were dissolving.

“Our people now know more than our leaders,” he said to students and faculty members who packed into the Bill Bordy Theater this week to hear him speak. “What you see is a new way of leadership and of government emerging.”

O’Malley, the former mayor of Baltimore and governor of Maryland, visited the college for a town hall style event focused on communications in politics.

Nikolas Emack-Bazelais, a junior political communication major who canvassed for O’Malley in Iowa, said the former governor’s attitude is part of what made his campaign so attractive.

“He was really personable,” Bazelais said.

Unity and understanding were both themes as he answered questions posed by attendees and moderator Angela Anderson-Connolly, journalism department affiliated faculty member and Emerson alumna. O’Malley said it is important not to scapegoat minorities and immigrants, a tactic he said is common in America at the moment.

The event was sponsored by Dean of the School of Communication Raul Reis; the Institute for Liberal Arts and Interdisciplinary Studies; Emerson’s chapter of Radio Television Digital News Association; the Communications, Politics, and Law Association; and Emerson College Polling Society.

He also congratulated millennials for primarily holding progressive values, and said it is the duty of him and others in the room to inspire those values in others.

The crowd alternated between laughing and clapping as he discussed issues ranging from big money in politics to the future of renewable energy.

When a student asked if he would consider running for president again, he said it’s possible, but that his focus is on state legislative races at the moment.

“If we’re going to govern our country again, we have to win back our states,” he said.

Senior political communication major Elias Romanos also canvassed for O’Malley, and said he is a big fan of the former governor.

“He’s a strong leader,” Romanos said. “I liked what he had to say.”