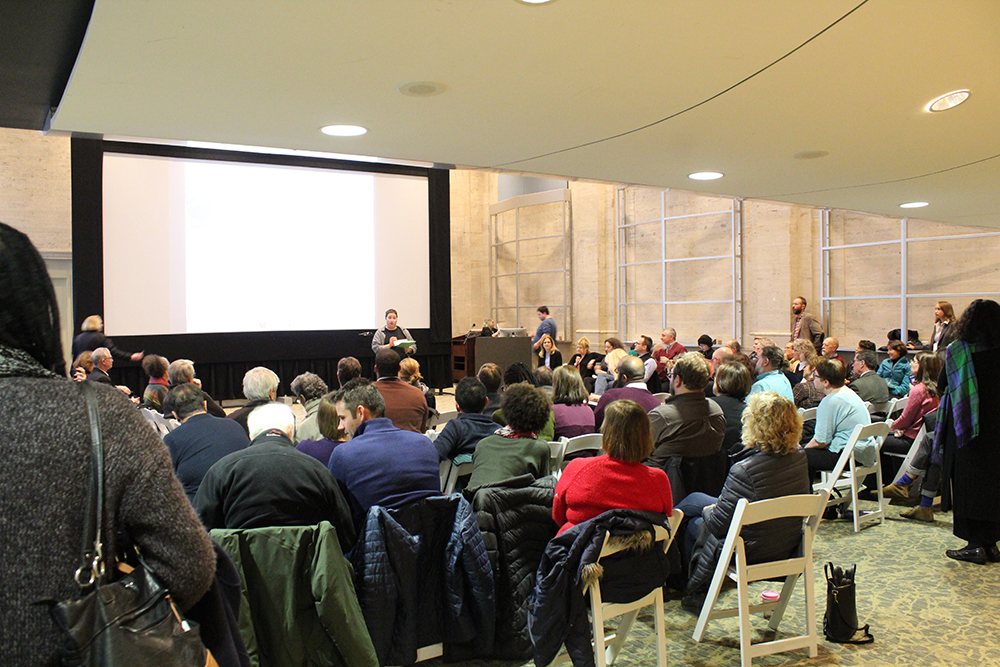 Anthony Lowrie stepped down from his position as faculty assembly chair after widespread backlash from a faculty-wide email he sent out following the #ThisIsEmerson protest. Associate journalism professor Tim Riley will serve as temporary chair until the body votes to fill the position in January.

Lowrie, associate professor of marketing communication, opened November’s monthly faculty assembly on Tuesday by defending the email he sent to some members of the college community.

Faculty decided to vote on Tuesday, as various members felt it was urgent to address the issue. Associate professor Ruth Grossman moved for a vote of no confidence—a vote that indicates a person in a position of power is not fit to hold that position.

“Even though at the beginning of the letter he said he was speaking as Anthony, at the end of the letter he signed it as the faculty assembly chair, leaving out the faculty council,” Grossman said. “So, even though he begins reporting it to be his personal opinion, the method of distribution and the signature at the end [were] clearly taking on that mantle of power.”

The email sent by Lowrie encouraged students to “bunch together” under class action lawsuits if they’ve experienced any discrimination or abuse from their professors and encouraged professors themselves to seek legal counsel in the face of false accusations.

He also wrote professors faced “abuse” at the hands of “menacing students” who “humiliated” them during their protests.

The final tally was 64 votes yes, 15 votes no, and seven abstentions. Lowrie stepped down as chair following the results.

Faculty shared their thoughts prior to the vote. During the discussion, some voiced concerns that those who shared Lowrie’s opinions wouldn’t be heard. They wanted to make sure Lowrie’s freedom of expression wasn’t being infringed upon, but that he was being penalized for the inappropriate usage of his role as chair of the faculty assembly.

Professor Lauren Shaw said she wanted to speak on behalf of the students who talked to her.

“We’re here because of them. And they are confused. Unbelievably confused and disappointed,” Shaw said. “And so I feel like my colleagues, I can’t be a member of this assembly unless this is addressed. And on behalf of students, it must be addressed.”