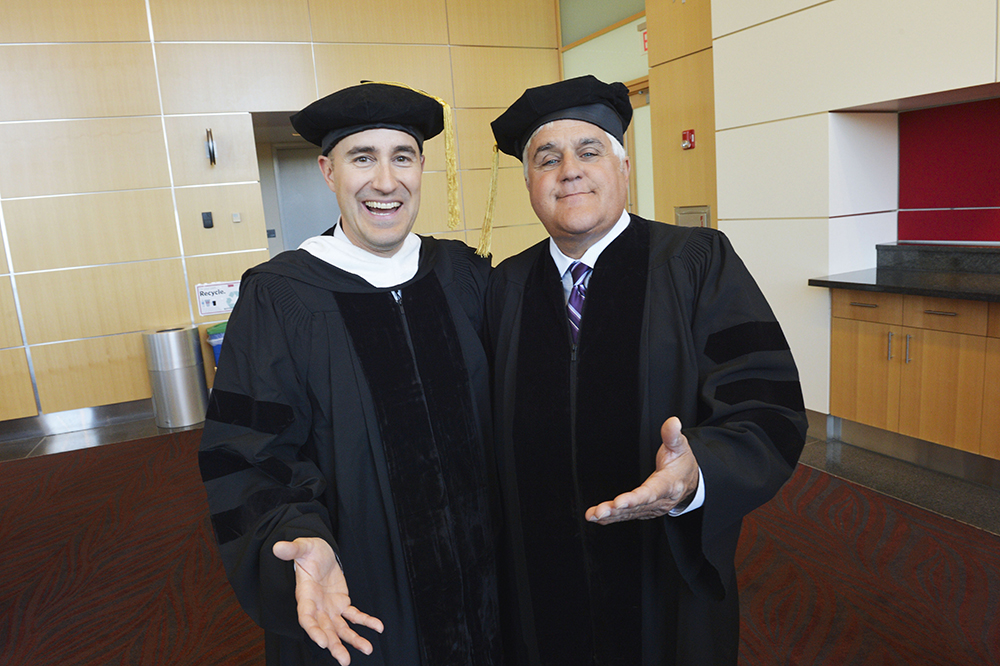 Two top administrators who were dedicated to key components of Emerson’s strategic plan have decided to leave the college.

Jeffrey Schoenherr, vice president of alumni relations, announced he would leave next week. Kelly Bates, who was the founding executive director of the Elma Lewis Center for Civic Engagement, Learning & Research, left on Feb. 6.

Schoenherr, who began working at Emerson in May 2012, participated in two record-breaking years of fundraising. The college raised $6.34 million in 2013 and $7.7 million in 2014, according to Barbara Rutberg, associate vice president of development and alumni relations, who worked closely with Schoenherr. This was largely due to a campaign that continues to seek donations for Emerson Los Angeles.

“We have built a solid foundation with the current office staff, and I look forward to seeing the culture of philanthropy at the College continue to grow,” Schoenherr wrote in an email.

His role was closely tied to Emerson’s strategic objective of financial strength, which the college’s website characterizes, in part, as “increasing financial resources through ... enhanced fund-raising.”

Schoenherr said he has accepted an opportunity to consult on fundraising and engagement with two nonprofit organizations, the names of which he declined to disclose.

“He’s got a great sense of humor, very personable,” said Rutberg. “He’s got a real can-do attitude. He’s got an open communication and leadership style that really contributes to fostering a team environment for success.”

Keira McClain, now the assistant vice president of individual giving and engagement, will take over Schoenherr’s position in an interim capacity after his departure.

Schoenherr said he is confident that McClain is right for the title.

“Her prior experience lends itself perfectly to leading the fundraising effort at Emerson, and I have full confidence that she will be successful in this new role,” Schoenherr wrote.

Bates, who first started working at Emerson in September 2013, has taken a position as the director of the 2016 Political Organizing Leadership Initiative. Sylvia Spears, the vice president for diversity and inclusion, said the goals of this initiative are to elect the first female president of the U.S. and increase diversity in the U.S. House of Representatives and Senate.

No successor has been publicly announced.

“It has been my honor and pleasure to bring Emerson College's arts and communications expertise to Boston communities,” Bates wrote in the post.

Bates, as the Elma Lewis Center’s first director, was linked to Emerson’s strategic objective of civic engagement; the college’s website says the center is meant to be the “dynamic heart” of its efforts to develop “a culture of civic-mindedness, civic action, and civic education.”

Spears said that Bates’ new position will be much like the work that she did at the Elma Lewis Center, but on a national level.

“It played in so many ways to her strengths and her aspirations,” said Spears.

Correction, March 5: A previous version of this article incorrectly stated Jeffrey Schoenherr’s title as vice president of alumni relations, when it is actually vice president of development and alumni relations. A previous version of this article also incorrectly credited Laura King instead of both Laura King and Stephany Christie.