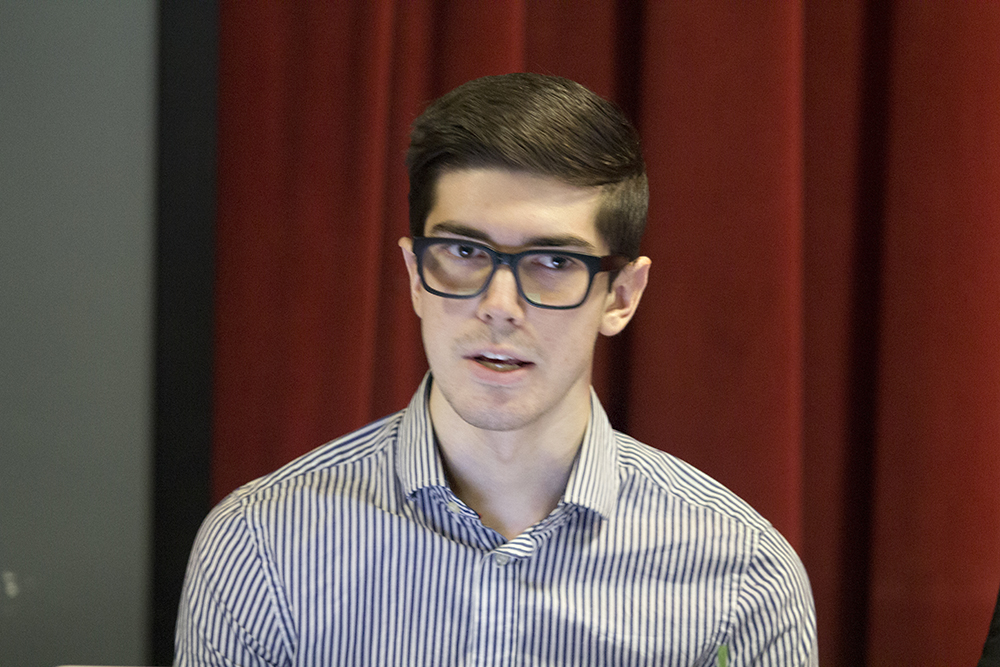 Initiatives to increase the amount of student space in the Center for Spiritual Life and the Iwasaki Library were passed unanimously at a Student Government Association meeting on March 28.

The initiatives mark the third and fourth attempts by the SGA to increase the amount of space on campus. Earlier this semester, the group passed proposals to expand student areas for performance use and for members of Greek life.

Currently, the only place that is open for religious services for students is the office of the on-campus spiritual leaders in the Walker Building.

This small space is not ideal for meetings for the Emerson Christian Fellowship, Hillel, and the Newman Club, the three college- recognized religious organizations on campus, Emeline Jarvie,  the spiritual life commissioner, said at the meeting.

“This space is too cramped to use for much else than one-on-one visits,” the initiative read. “And a number of students are not aware of its presence, location, or services.”

According to Jarvie, who is a member of the Emerson Christian Fellowship, a larger center would be beneficial to individual students and especially Muslim students.

“There are 50 to 70 members in each of the three spiritual life groups on campus. Emerson also has a number of Muslim students that don’t have a space on campus,” the sophomore writing, literature, and  publishing major said at Thursday’s meeting. “This space could be utilized for any number of functions: a quiet space, space to pray, read, [to] meet in small groups.”

Jarvie said she plans to send the initiative to President M. Lee Pelton, and Sasaki Associates, Inc., a design planning firm that Emerson hired to develop a long-term strategic plan, and to encourage the college to consider this issue when acquiring new space or reallocating existing places on campus to different organizations or departments.

“[It’s] not something that will happen in the immediate future, we just want to make this issue known to the administration,” Jarvie said.

Nicholas de la Canal, class of 2015 president, presented The Better Library Initiative, which calls for more seating, and includes a request to relocate the library so that it can become a standalone facility.

The size of the student body is increasing, and the class of 2016 is the largest admitted group in the history of the college. However, the amount of space on campus remains the same, according to the initiative.

One thousand three hundred students visit the The Iwasaki Library daily, although there are only 207 seats, which includes those in private study rooms and computer labs, according to data compiled by the library.

The initiative suggests moving the Will & Grace set to a different location to increase space in the library, according to de la Canal.

He said he administered an online survey among students, which found that 48 percent supported the removal of the set, 32 percent were opposed, and 21 percent had no preference out of the 166 polled. The percentages were rounded, according to de la Canal.

Robert Fleming, executive director of the library, supported this idea, de la Canal said. However, de la Canal also said he is not sure where the set would go if it is moved.

The initiative also said that if students were more aware of of study rooms in the Walker Building,  more seats might be available in the library during its peak hours, which it said are from 11 a.m. to 8 p.m. on weekdays.

The plan also outlines the idea of centralizing the library by adding the Writing Resource Center, IT Help Desk and the Center for Innovation and Learning, if a separate facility were created.

In an interview with the Beacon, de la Canal said Fleming wants to move outdated books into storage to create more room for seating, but needs more money in his budget to do so over the summer. The initiative is being sent to the Office of Financial Affairs, de la Canal said.

“I think as much of the work that I can do now already happened,” he said.