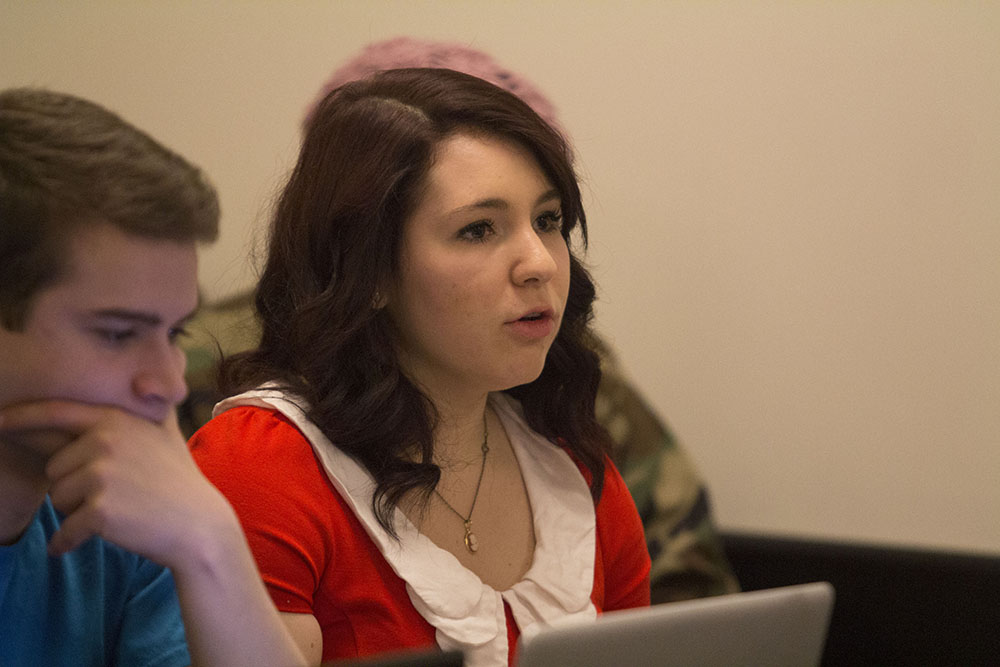 At its meeting on Thursday, the Student Government Association passed an initiative for a recycling program on campus and another to alter the course offerings at Emerson’s Kasteel Well program in the Netherlands.

The initiative from Sustainability Commissioner Lindsay Geller is a proposal for a Greenbean Recycle Machine on the Emerson campus. According to the company’s website, the device accepts glass, plastic, and aluminum products in exchange for five cents for the material recycled. With the machine, students will receive subsequent funds via a PayPal account, or possibly to their Emerson IDs in the form of EC Cash, according to Geller’s initiative.

After working on the wording in Geller’s proposal, the group moved to pass the initiative. All present voting members, except Class of 2016 President Sarah Barnhard who walked in late and missed the proposal, voted yes. Barnhard abstained.

“Sustainability is not a fad,” Geller said after the vote. “It’s a way of life.”

The Greenbean Recycle Machine will likely be on campus next semester, she said.

Amanda Cruz-Cordero, the external programs commissioner, presented her Kasteel Well initiative. This proposal seeks to better align the coursework at Emerson’s European Center in Well, Limburg in the Netherlands to needs of student attendees.

According to the results of a survey Cruz-Cordero sent to recent participants in the study abroad program, many said they faced problems when trying to take required courses for their major at the center. Students in the communication sciences and disorders department, and some concentrations in the visual and media arts department, are discouraged from applying because of this, Cruz-Cordero said.

In her proposal, she suggested faculty at Kasteel Well tailor classes to the incoming students and add more relevant courses, like international correspondence, international politics, or a Dutch language course.

Class of 2014 Senator Ben Halls asked Cruz-Cordero if she had checked the feasibility of this.

“The current courses can be adapted to fit major requirements,” said Cruz-Cordero.

“Another initiative could arise out of the talk this would initiate,” he said. “I think this is really strong.”

The initiative then passed unanimously.