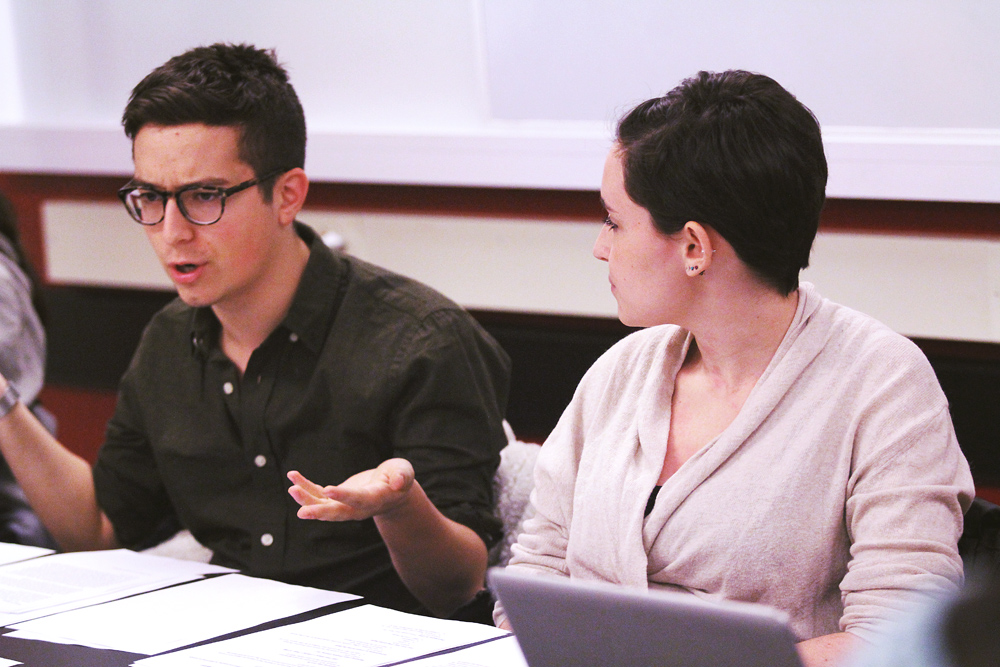 The Student Government Association approved an appeal by the Musical Theatre Society during its meeting on Tuesday, Nov. 5. The group requested funds for the 13th annual installment of its Emerson Fights AIDS Week.

Dana Gates, a junior performing arts major, and Eric Maxwell, a senior marketing communication major, gave the presentation. The pair serves as co-chairs of Emerson Fights AIDS Week, and they are both members of the Musical Theatre Society. They appealed for $6,158.30 of the SGA’s $90,154.71 budget, and said the organization will use the majority of the money for its largest event, a gala at the W Hotel.

The Musical Theatre Society hosts this week to promote AIDS awareness and to raise money from students on behalf of the college for the national nonprofit Broadway Cares/Equity Fights AIDS, said Maxwell. Through these events, Emerson has become the top collegiate donor to the organization, he said.

The appeal came before SGA in the middle of Emerson Fights AIDS Week, which started on Nov. 3 with a date auction of the brothers of fraternity Phi Alpha Tau. Other events have included a screening of the movie Rent on Nov. 4, followed by a speech by Joe Norton — the director of education and outreach of Broadway Cares/Equity Fights AIDS — and a “Find Your Inner Drag Queen” workshop on Nov. 6.

In their presentation, Gates and Maxwell said the gala on Nov. 8 will feature a live and silent auction, and a piece written and performed by the Musical Theatre Society about living in a time when AIDS was a death sentence.The money from SGA will help to pay for the gala space and catering at the W, plus marketing costs, decorations, and refreshments for the other events, according to the group’s appeal application.

One concern among SGA members was how the Musical Theatre Society would be able to book a space at the W, since the gala takes place this week. Gates and Maxwell said that because the college has a relationship with the W, the organization was able to book the space in advance, and would pay for it once it received the appeal money

In 2012, the Musical Theatre Society appealed to the SGA for over $7,000, and the year before that, over $13,000, said John Dentinger, the executive treasurer. According to Gates, the group was able to lower its appeal request because of donations it received from other campus organizations.