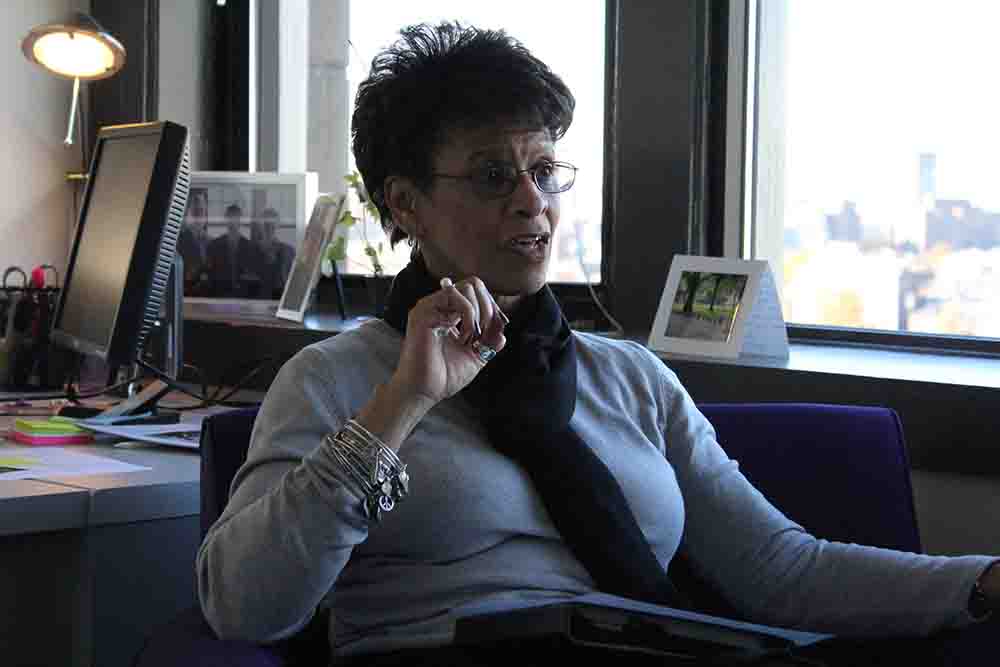 A New England professional services firm that focuses on school safety will review the college’s compliance with the federal anti-discrimination law Title IX and the Clery Act, a statute that requires disclosure of campus crimes, according to President M. Lee Pelton. This decision came after three students filed a federal complaint against the college with the U.S. Department of Education’s Office for Civil Rights last month, claiming Emerson mishandled their sexual assault cases.

Margolis Healy & Associates, a Vermont-based group that specializes in campus safety, security, and regulatory compliance, was selected for the job, according to an email Pelton sent the Emerson community on Monday afternoon. Pelton chose the company because of its experience with similar cases, he wrote in the email.

“I am confident that they will provide the College with a positive way forward on this very important community issue,” wrote Pelton.

Sarita Nadkarni, one of the three public complainants, said she was relieved to hear the college has taken this step. Nadkarni said she was raped in her Piano Row dormitory in March 2013. After the alleged attack, she said the college didn’t provide the academic help she required during what she described as a stressful, emotional time. Title IX allows the school to provide remedies for the victim, like arranging for them to retake a course or withdraw from a class without penalty, ensuring that any changes do not adversely affect the victim’s academic record.

“[President Pelton] keeps saying he wants change and that ‘we can and will do better,’” said the junior visual and media arts major. “I think this is the ‘we will do better’ part.”

Nadkarni said she hopes the review will shed light on the many ways she feels the college can improve its existing policies. She said she feels there needs to be a clearer course of action for victims.

“Hopefully the review will find ways to make the process smoother,” she said. “I hope that if something like this happens again, [the process] will be more beneficial for the victim.”

According to Margolis Healy & Associates’ website, the firm completed a similar review last year at Swarthmore College in Pennsylvania, after students filed a similar complaint with the federal Department of Education. This review resulted in policy changes at the college, according to an article published on Swarthmore’s website.

Sylvia Spears, Emerson’s vice president for diversity and inclusion, said in an interview she will serve as a liaison between the external review team and the college. Spears said she was not sure how the firm’s team would complete its work, but speculated about procedures based on information she said she gathered from previous clients.

Spears said she thinks the group will compile information about the college’s current procedures and speak with members of the community. Spears said she did not know how much this review will cost, when it will be completed, or when the group will begin. She said Pelton has been in contact with the group, but he was unavailable for comment.

According to Spears, the group will also examine how the college handled sexual assault cases in the past, once the Office of Civil Rights releases information about the complaints.

Spears said the college has yet to hear from the Department of Education.

“They work on their own schedule,” she said. “But in the best-case scenario we will have that information soon. But we will continue our work regardless.”

Jim Bradshaw, spokesman for the U.S. Department of Education, confirmed to the Beacon that the Office of Civil Rights recently received three complaints involving Emerson College.

Spears said she and Lori Beth Way, senior advisor of academic affairs, along with eight to nine students, faculty, and staff members, will complete simultaneous internal review of policies, focusing on education and prevention.

“There are tons of programs out there, and they all have varying degrees of effectiveness,” she said. “What we want to do is find out what is proven to be effective, and also what is the right fit for Emerson, as a very distinct setting.”

Spears said she and Way will reach out to members of the Emerson community who they feel will be good fits for the internal team within the next few weeks. Pelton requested in his email to the community that this review be completed by April.

“The goal,” she said, “is to get this work underway very quickly.”