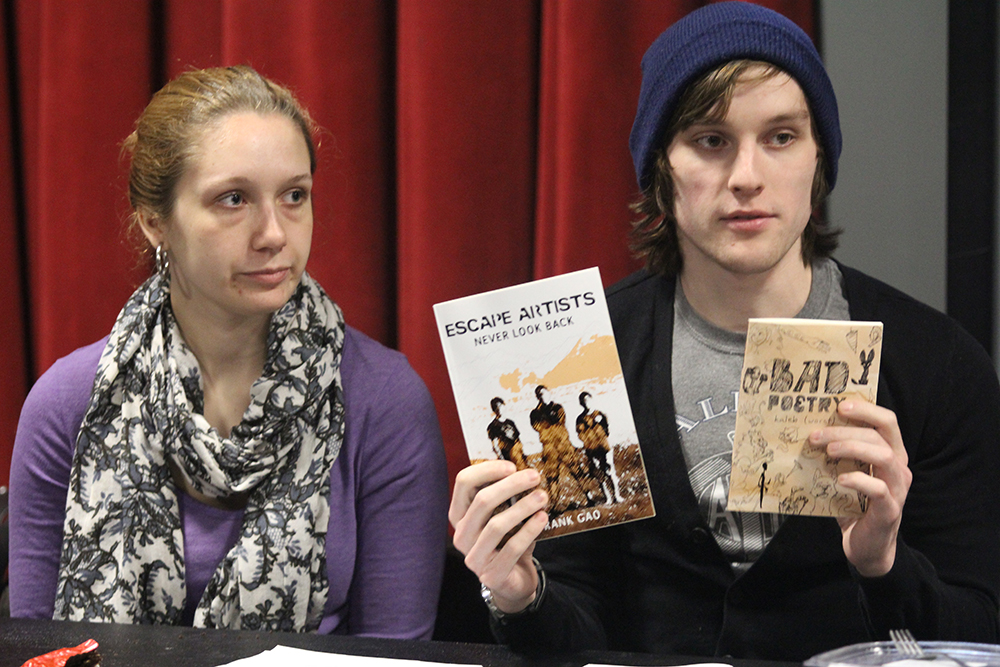 After an entire semester without a secretary, the Student Government Association unanimously voted for Melyssa Cantor to take over the position.

The senior journalism major served as the journalism senator for the 2011-2012 academic year. While studying in Washington, D.C. last semester, Cantor said she became interested in participating in student government again.

“I took minutes at D.C.  this past semester for a government agency. I figured if I could do it there, I could do it here,” she said.

In the fall, Vice President Caitlin Higgins completed the secretarial duties: maintain written records of SGA meetings, distribute the minutes to officers, and post the minutes for public viewing. Higgins said that constitutionally, vice presidents take over the position of secretary when necessary.

“I had never taken SGA minutes before,” said Higgins, a senior journalism major. “It was hard to adjust to at first, but it wasn’t too bad by the end of the semester.”

In her application, Cantor wrote that she thinks it is important for a secretary to have prior knowledge of the SGA’s inner workings to properly understand and record joint session meetings.

With the role of secretary now filled, the positions of marketing communication senator and visual and media arts senator still remain open.