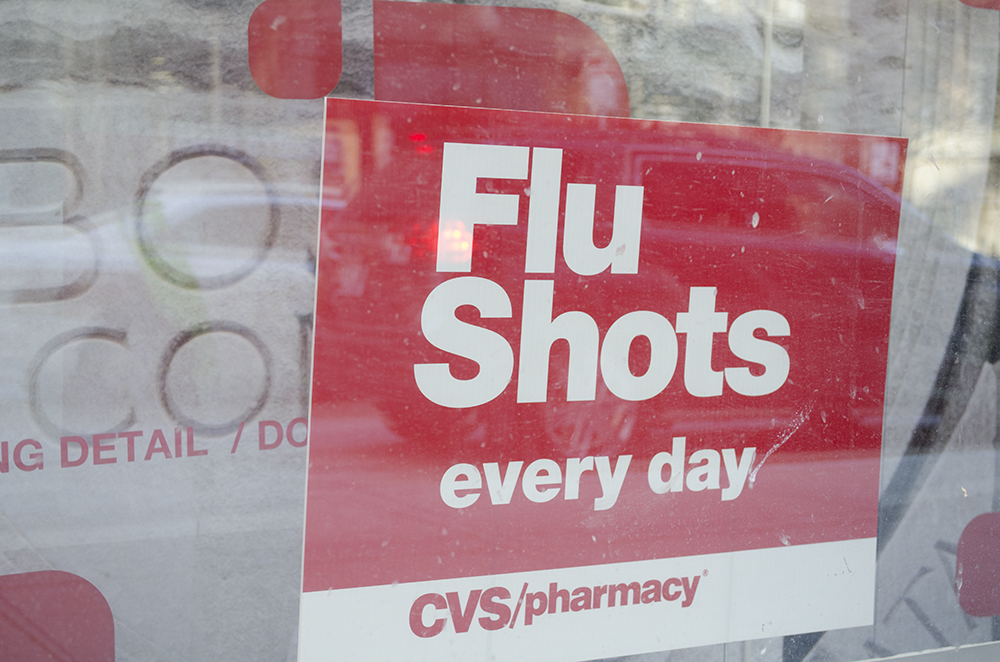 As Boston and the rest of the country have been hit hard by the flu this season, Emerson’s Center for Health and Wellness has seen a similar influx of students flocking to the third floor of 216 Tremont complaining of sickness. Since returning to campus from winter break, one to two students per day have been diagnosed with influenza or a similar illness, said Jane Powers, the director for health and wellness.

According to Mayor Thomas M. Menino’s office, there had been over 950 confirmed cases of the flu diagnosed in Boston as of Jan. 15. Menino declared a public health emergency Jan. 9 because of the mass outbreak of the virus.

Powers said in an email interview that 100 students were immunized prior to winter break, and that the center received an additional 115 doses of the flu vaccine last week.

The center sent out an email to the Emerson community on Jan. 11 that outlined facts about the virus, including details about how it spreads and what symptoms to look for, and has also posted information regarding the flu on its website.

Lauren Olsen, a freshman visual and media arts major, said she had the flu last week.

“I never get fevers when I’m sick, so I knew it was the flu,” said Olsen.

She said she called Health and Wellness, which instructed her to take her temperature. She said she had a fever of 101 F.

Powers said the close proximity of students living in dormitories is what makes the outbreak of any illness so dangerous on a college campus. Olsen lives in a double in the Little Building, and said her roommate — a local Mass. resident — was able to go home one day over the weekend as a precaution.

Olsen said her illness developed during the last week of winter break. After she returned to Emerson, Olsen said she eventually became so sick that she couldn’t get out of bed, and had to send her roommate and friends to pick up medicine for her.

She also said Health and Wellness advised her not to attend classes if she had a fever.

The email the center sent to students and faculty recommended getting a flu shot before returning from break. Currently, Health and Wellness is offering immunization clinics every Tuesday and Thursday between 10:30 and 11:30 a.m. An additional night session is also posted to eCampus every week, according to Powers.

Vaccinations cost $25, which can be covered by Aetna student health insurance. For those without Aetna, Powers suggested paying in advance at Student Financial Services and getting a receipt to submit to an insurer.