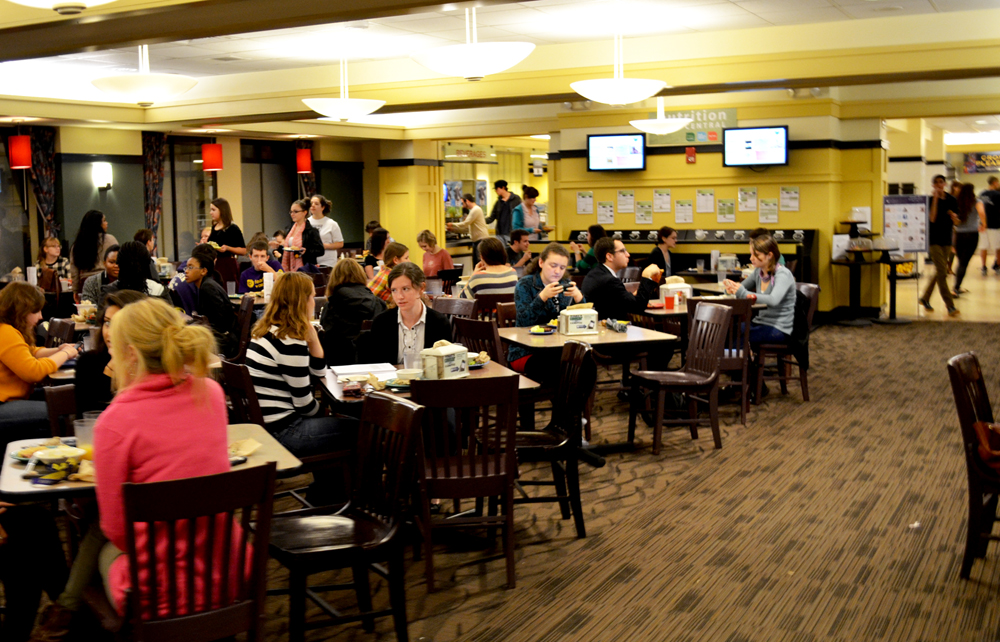 Following a recent inspection failure by the City of Boston’s Board of Health on Aug. 28, the Little Building dining hall will implement a number of new policies to improve quality and sanitation standards.

According to a letter sent to parents last week from Maureen Murphy, vice president of administration and finance, Aramark is committed to conducting ongoing food safety programs for dining employees, participating in weekly health inspections, and keeping daily checklists to maintain high standards of cleanliness.

After an Aug. 28 health inspection resulted in six violations — four of which were given critical foodborne illness status — the dining hall passed its follow-up evaluation on Sept. 5.

The August inspection was the fourth failed test in one year.

Andrew Tiedemann, vice president of public affairs, said he was pleased with how thorough the city’s assessments have been, but that the results left room for improvement.

“Like many other local colleges, Emerson’s dining facilities may not pass every initial inspection,” said Tiedemann. “However, we did feel that the number of issues found in this recent initial inspection was unacceptable. We wanted to assure students and families that we would do everything humanly possible to improve our vendor’s performance.”

According to the City of Boston Board of Health records, Emmanuel College has failed five examinations since 2011, but similar to Emerson, received passing marks in each second round of inspections.

The college has hired an outside consultant to serve as a food safety inspector, who will conduct random, unannounced reviews of the facility, according to the letter.

“I understand the procedures, checks, and logs were in place by Aramark in the past,” said Tiedemann. “We have their assurance that the staff will be rigorously trained in their maintenance and practice.”

Student Government Association President Tau Zaman — who spearheaded an initiative to improve on-campus dining facilities last year — said he was glad to hear that the college was making strides to improve the standards of operation, but he believes future results will determine whether any progress is being made.

“I think it’s great that they’re hiring new people, but if they continue to get violations, it’s not making us any safer,” said the senior political communication major. “We can keep stepping up the number of inspections, but I’m not really sure what that’s going to do for anyone.”

Freshman Jeff Cooperhous said he was surprised more parents haven’t spoken out regarding the quality of the cafeteria.

“I’ve heard of many instances of people finding hair in their food, and nothing ever looks very good,” said the visual and media arts major. “It seems like it’s not that hard to fix health code violations.”

Not all students had the same concerns as Zaman and Cooperhous. Freshman Stephen O’Kelly said he believes lackluster dining facilities aren’t uncommon on college campuses.

“The dining hall is fine, and if you’re feeding that many people on a meal plan, it’s gonna be a mess,” said the visual and media arts major. “They do what they can, nobody has died there yet. I don’t think there needs to be any improvements. It’s just a college dining hall.”