Trngle is a new matchmaking service for artists 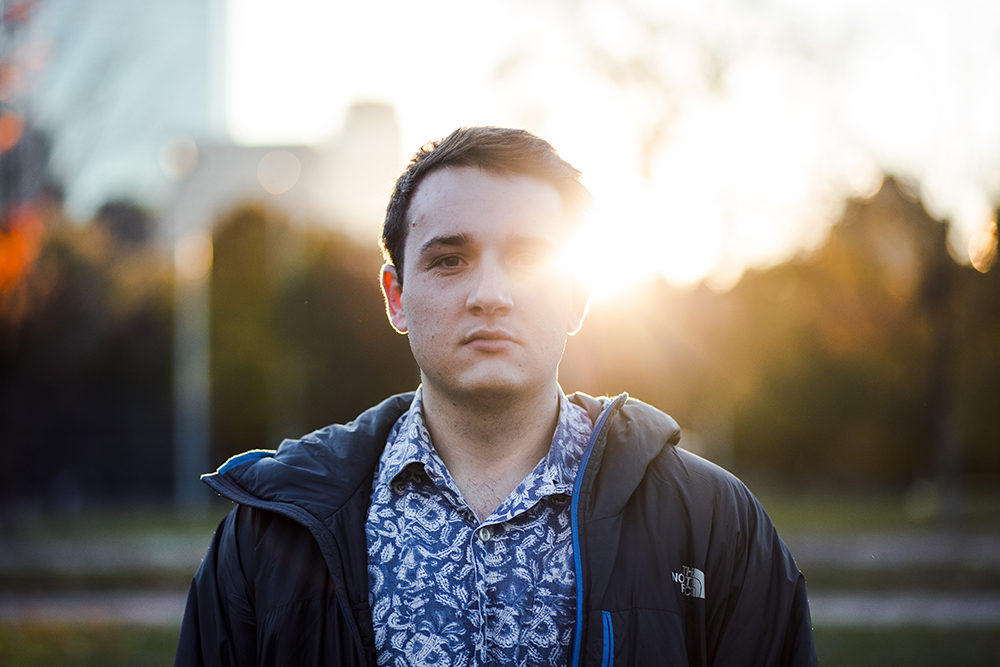 Two years ago, on the University of Oregon campus, two friends set out to make a music video but didn’t know where to look to recruit or build a film crew. This was the light bulb moment for Harry Holmes, the once-cinematographer who’s founding an online networking platform to connect creative people to projects.

After Holmes said he recognized the need, he brainstormed an idea that would allow users to upload their qualifications and almost instantly get a list of opportunities. The senior marketing communication major then transferred to Emerson in fall 2014 where his idea only expanded, and eventually became a reality.

The site is similar to LinkedIn, except it uses location technology and artificial intelligence to find a qualified user for your needs in one virtual step. Holmes says one feature it offers is similar to hanging posters around the city, but in the digital, far-sweeping world the internet yields.

“[They’re] called ‘flyers,’ which is pretty much what you see all the time across campus on bulletin boards,” Holmes said. “[It’s] like casting and crew calls, listing what the movie is about and what we’re looking for. That’s pretty much what we’re doing, but for all creative mediums.”

Holmes’ partner and longtime friend, Sky Kaye, a senior at Carnegie Mellon University, is the developer on the project. Together, with funding from Holmes’ parents and Emerson’s Launch program—money competitively available to entrepreneurs in the community—they’re creating a beta version of the platform.

“Everyone was telling me I needed to find a co-founder who was a developer,” Holmes said. “It just kind of dawned on me that one of my friends from back home was one. He flew from California—where we’re both from—to Boston, and we pretty much for three weeks were in my apartment collaborating, talking about it, and getting this whole idea hashed out.”

Once the site is fully functionable, Kaye said, new users will be able to register with Facebook and other social media accounts. They can then fill their profiles with skills and talents by filling out a questionnaire. Trngle will take this information and produce projects for the users to browse.

“The idea is helping people actually find things they’re looking for and get in contact with those people,” Kaye said in a phone interview. “By getting their interests and skills, we’re going to make sure we match them with potentially interesting positions.”

After the two brainstormed their idea, they pulled in an older friend of theirs, Rebecca Rose, a 2013 Stanford University graduate with experience in start-ups. She said that although all three of them are doing a little bit of everything, she specializes in management.

“Finding the right team is the biggest challenge for tech start-ups,” Rose said in a phone interview. “I think that we all sort of bring something different to the table.”

Kaye said he was excited when Holmes approached him because he had come up with a similar idea himself, but more technology-oriented. Both founders said this collaboration is the reason they believe they’ll succeed.

“I think we actually have the users’ best interests at heart,” Kaye said. “I think that’s going to follow us all the way to the end. We’re not going to make it so we’re aggressively trying to succeed because we want to bring our users into that with us.”

Currently, Trngle’s functionality is still in the works, but interested parties can visit the website to sign up for the beta program, watch a short promotional video, and view the company’s social media pages for more updates. After this phase, Holmes said, the pair will organize focus groups, secure more funding, and set up a base in Santa Monica, California, after graduation.

Holmes said he hopes Trngle will give creative people around the world the ability to network, a privilege he said is now necessary in almost any field.

“It’s said in the promo video, ‘It’s not what you know, but who you know,’” Holmes said. “What I’m trying to do is democratize creative opportunity, so I want to give everyone the chance to have that project or idea that they have in mind become a reality.”