Money, get away, new cashless options 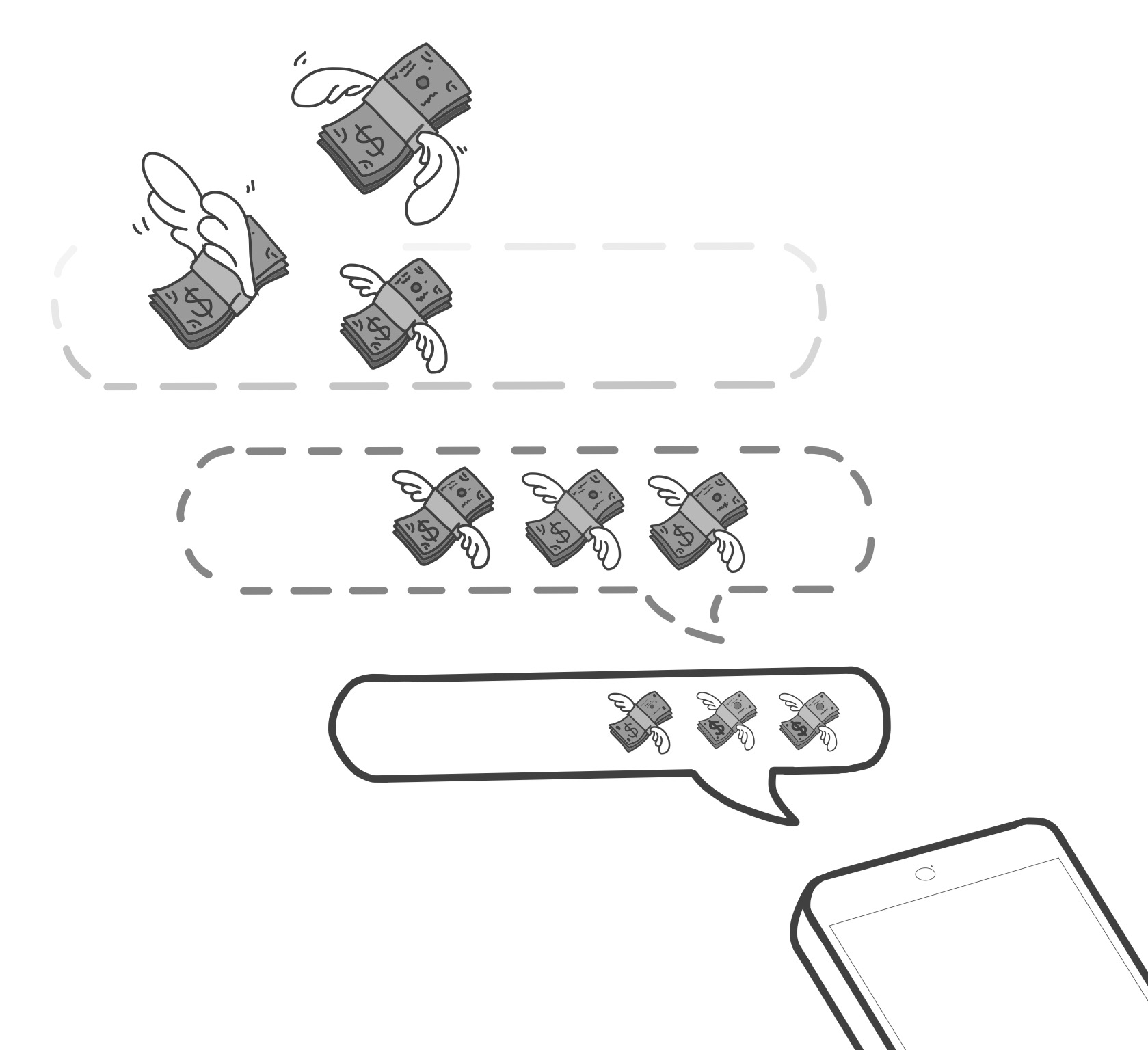 Going to a restaurant with friends usually ends up with a fight over the bill. For many students, this could mean scrounging up dollar bills from the bottom of their bags. Now, however, with the rise of money transfer apps, gone are the days where you have to worry about having physical cash to pay back a friend.

According to Business Administration Information, in the last quarter of the year, the mobile money service saw growth of nearly 250 percent, and it’s driven largely by a millennial user base. According to PayPal CEO Dan Schulman, Venmo itself had approximately $1 billion transferred on its interface in January 2016 alone. With such wide acclaim for these apps, it’s no wonder the market continues to grow.

“I never have to bother with cash or getting to an ATM,” Patel said. “I can just hit transfer and it’ll be in my bank the next day.”

Although Patel uses Venmo, it’s not the only money transfer option available. When he found himself needing to receive money from his friend, neither had an app in common on their phones— except, that is, Facebook. Patel figured that the social network’s new money sending feature would be perfect to complete the transaction. However, the messenger messed up and charged him as well as his friend.

Patel said that although his time using Facebook to send money personally didn’t have a enjoyable outcome, he thought that one upside was that the platform was easy to use.

“I thought it was more convenient,” Patel said, “I already had a Facebook, and didn’t have to make anything for that. All I had to do was add my debit card, and it would withdraw money right from my account.”

Patel said that the incident with Facebook made him reconsider exactly how his money was being transferred, and what was happening in-between the involved parties. Although he used the “send money” messaging feature on the social network, he is also an avid user of Venmo. He said that, despite the mix-up with Facebook, privacy only crossed his mind after he learned more about Venmo.

“At first I was hesitant to get a Venmo,” Patel said, “but when I realized they were actually owned by and secured by PayPal, I was more comfortable with it.”

PayPal is an online payment service. The parent company has strict security regulations over Venmo that make it often regarded as a highly secure online money transfer system. According to The Minaret Online, the company has assured users that their security systems are the same as banks, including the use of advanced data encryption.

Because of the backing, Venmo leaves many users feeling as though their assets are safe; however, Patel said that the safety concerns of the transfer apps extend beyond the phone screen.

“I’ve noticed more [app] use than cash,” Patel said. “I think a part of that may be the paranoia of being in a city. I don’t think many people carry cash anymore, and if you’re out for lunch, someone can pay for it and just get [paid] back from each person.”

Senior visual and media arts major Stephanie Breen said she uses Venmo to simplify fundraisers. She helps out with the Dumpling Deliveries fundraiser put on by the Emerson College Quidditch team each semester. Breen, the organizer of the distribution, said that so many people have begun using the popular money transfer app that the team added it as a payment option.

Unsurprised by the increase in popularity, Breen said it was most likely because, in her opinion, the apps tend to appeal more to younger people. She said she felt that this is because of the younger population’s dislike of carrying bills.

“I just don’t think people carry cash that often anymore,” Breen said. “Like, if I can just do everything electronically, it’s so much easier than carrying cash around in my wallet.”

Looking to the future, Breen said that money transfer apps might begin to slow in popularity, though not because of declined use; rather, she cites those against them as its downfall.

“I wouldn’t be surprised if it keeps growing,” Breen said, “but I don’t think it’s going to grow at the same rate that it used to. I talk to people now and it’s like, ‘Oh, I don’t have Venmo, and I’m not planning on getting it.’ I wouldn’t say it’s peaked, but I think it’s starting to very slowly plateau.”