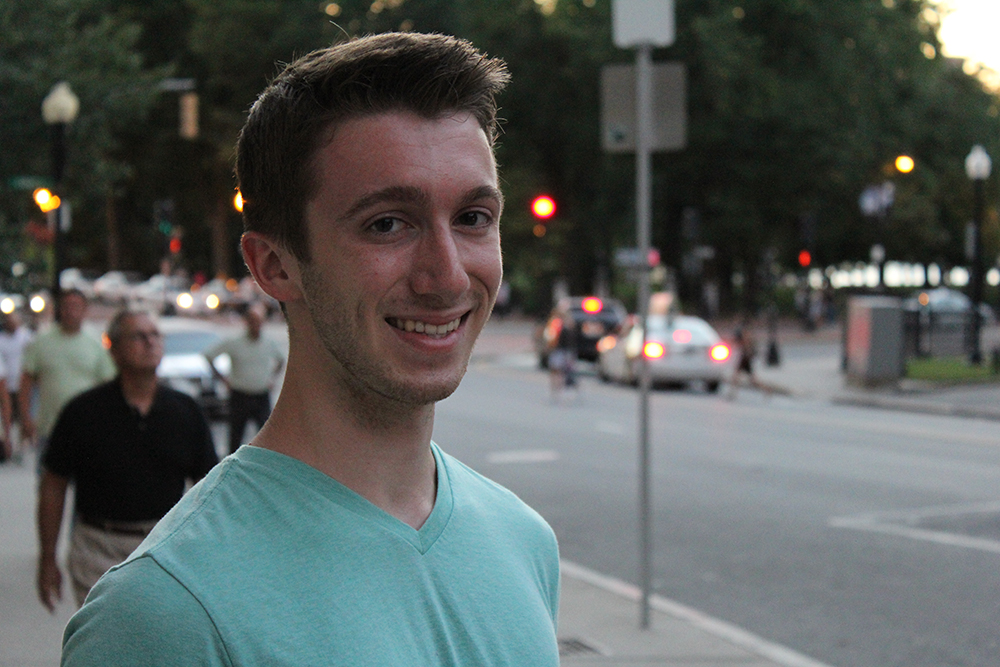 Landing that dream internship is often a quintessential component of a student’s summer break, providing opportunities to gain skills in numerous fields. When junior Ben Whalen began his internship with The Children’s Hospital of Philadelphia’s (CHOP) Patient Media Programs, he said he strived to learn the many facets of the live television process. But through his work, he also managed to brighten the lives of many terminally ill children.

Joining a group of six interns, crew members, and volunteers, Whalen said he worked in CHOP’s Seacrest Studios, one of four children’s hospital media centers in the country. The state-of-the-art facilities were founded by television personality Ryan Seacrest through his organization, the Ryan Seacrest Foundation, according to its website. The foundation aims to inspire children facing life-threatening illnesses, said Whalen, a visual and media arts major.

“It’s all about giving the kids something to do, raising their outlook, and giving them something positive to look forward to,” he said.

As part of the program, Whalen said he helped young patients participate in live shows that air on the hospital’s closed-circuit channel, Galaxy 51. Daily programs, he said, included a variety of game shows, sports call-in programs, and ‘The Countdown,’ a lineup of the day’s hottest songs. Whalen said the interns mainly instigated the programs, working on a pre-determined list of shows and creating daily content. Whether the patients participated in the live audience or simply from the televisions and phones in their rooms, Whalen said he enjoyed helping the children get involved.

“The kids get very into it,” said Whalen. “We want them to participate and sometimes they end up running the shows for us.”

One of his favorite components, he said, was the interactive nature of the studio, which allowed him to meet patients and brighten their days. The station, he said, tries to cheer up even the sickest of patients with special features and broadcasts such as a live magic show, meditation programs, and a bingo game on air.

“A lot of kids don’t know about [the studios],” said Whalen. “Once they discover it, they seem to love it and we see them back every day.”

With over 25 hours of live programming per week, interns serve as hosts, technical directors, board operators, and camera crew over the course of their jobs. This, Whalen said, allowed him to dive into areas of television production that he was unfamiliar with and make the most of his internship. Alongside his fellow interns, Whalen learned the ins and outs of editing programs Final Cut and Avid, and contributed to each show’s unique brand, content, and production needs.

According to CHOP’s Media Programs Manager, Kris Schrader, the programing must be interactive, entertaining, educational, and therapeutic for viewers, which also offers the unique opportunity for interns to experience just about every possible aspect of production.

“The unique hands-on production environment allows us to both train interns and engage children of all ages in a variety of ways,” said Schrader.

Schrader also said they look for high-energy, passionate individuals with a great deal of initiative to fill the intern positions. Whalen and the rest of the program participants, she said, were expected to work independently without direct supervision throughout the summer.

“They have to love to get down on a child’s level and just have fun,” she said. “Ben consistently demonstrated dedication and was always willing to jump in and assist in any way.”

Recalling some of the highlights, Whalen said the organization often invites a myriad of celebrity guests, including Taylor Swift, who paid a visit to CHOP this past July.

Whalen, who is also a brother in the Sigma Alpha Epsilon fraternity, said his coursework at Emerson provided him with the basic skills and knowledge he needed to thrive in the fast-paced television environment.

“I’d never worked on television before,” he said. “However, every day I had a good foundation of the tools we were using and how we’d be using [them].”

He also said the internship itself gave him insight and experience with the technical side of television, unlike other internships he applied for, which had a more direct focus.

“I wanted to get involved in all different areas of the production processes, and this job definitely provided that,” he said.

Though Whalen eventually hopes to work on the commercial side of the television industry, he said his work with CHOP not only prepared him for his future, but also allowed him to give back to his community.

“Growing up outside of Philadelphia, the hospital is a huge part of our community,” he said. “That element of [service] and working with children was not something I originally sought out, but it made my time there that much better.”