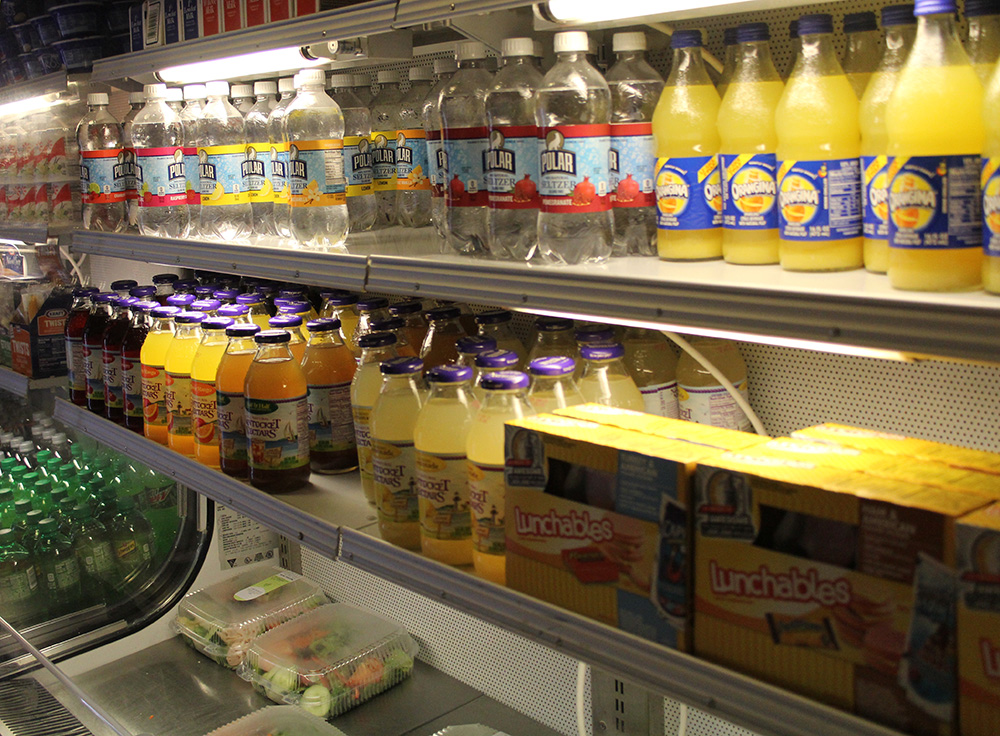 When students are asked about the dining hall food provided by Sodexo, one word is repeated over and over again: disappointing. With complaints ranging from the lack of vegetarian options to the shortage of meat and everything in between, students are voicing concerns about every dining service.

The Little Building Dining Hall, Emerson’s most popular and largest dining facility, contains the grill, homestyle cooking, vegetarian, vegan, gluten-free options, the deli, and salad bar. And all of these options are available for just one swipe.

However, the reviews on Sodexo’s presence in LB are underwhelming.  Graham Finley, a sophomore visual  and media arts major, has found the lack of variety disappointing, particularly with an unlimited plan.

“This year, there’s barely any food to eat and the home cooking is much worse,” he said.  “With unlimited meals, you’re trying to do healthy, small meals at intervals, but they don’t really have any lean protein or good cooked vegetables.”

The salad bar in the Little Building Dining Hall has some slightly better reviews. Rebecca Contreras, a junior political communication major, noticed a difference from the last year’s offerings.

While Morgan Wilson, a sophomore visual and media arts major, thinks that the quality of the fruits and vegetables has gone up, she finds the amount of food inconsistent, leading to times when all that’s left out is lettuce and tomatoes.

The grill under ARAMARK had daily specials as well as regular items, including burgers and sandwiches. Now  it only has a selection of daily specials ,which many students have found limiting to their meals.

The deli station also has fewer options for students to create their own wrap or sandwich on a regular basis. The pizza station, although higher quality and including calzones, produces pizza much slower than previously.

Unlike ARAMARK, Sodexo replenishes desserts throughout the night rather than placing them all out at once.

Emerson’s Café also received less than stellar reviews.  Accepting EC Cash, Board Bucks, cash, and credit and debit cards, the café has coffee drinks as well as sandwiches and pastries, which are available for less than five dollars.

The food itself is generic and relatively low quality, but the coffee is convenient and good enough to make a stop before an early class. Hayley Gundlach, a sophomore writing, literature, and publishing major, said that the lack of variety in the cafe is a problem for her, particularly compared to last year.

Emerson Café’s new menu items include the change to Pete’s coffee and the addition of Café Frios, drinks equivalent to Starbucks’ frappuccinos. There  are also new sandwiches and paninis available to order.

The Max, located in Piano Row, has also lost its appeal for some students, particularly vegetarians and vegans.  Contraras, a vegan, was disappointed by the change in the menu, particularly the vegan options being replaced with food options like meatballs in a cup.

The Max is unique in the wide variety of snack foods and drinks it offers, including everything from Red Bull to individual cups of hummus and pretzels. New snacks this year include a wider variety of granola bars and candy, but include fewer grocery items.

There are also different food stations, including the grill, which serves burgers and fries, and the pizza and sandwich stations. Although the pizzas are about half the size as ARAMARK’s, they are also half the price and better quality.

The pasta station has been closed, a student favorite since they were able to choose their sauces, meat, and vegetables. Additionally, stir-fries are no longer available in the Max, but are now available in The Paramount Café. The stir-fry was a good option for vegetarian students since tofu was a meat substitute option, but now getting it from Paramount Cafe is more of an inconvenience for the majority of students.

Corey Umlauf, a freshman performing arts major, doesn’t think the food is quite up to snuff.  She said she wants more fresh fruits and vegetables offered and doesn’t think there are quite enough snacks available.