Coping with devastation, 8,000 miles away 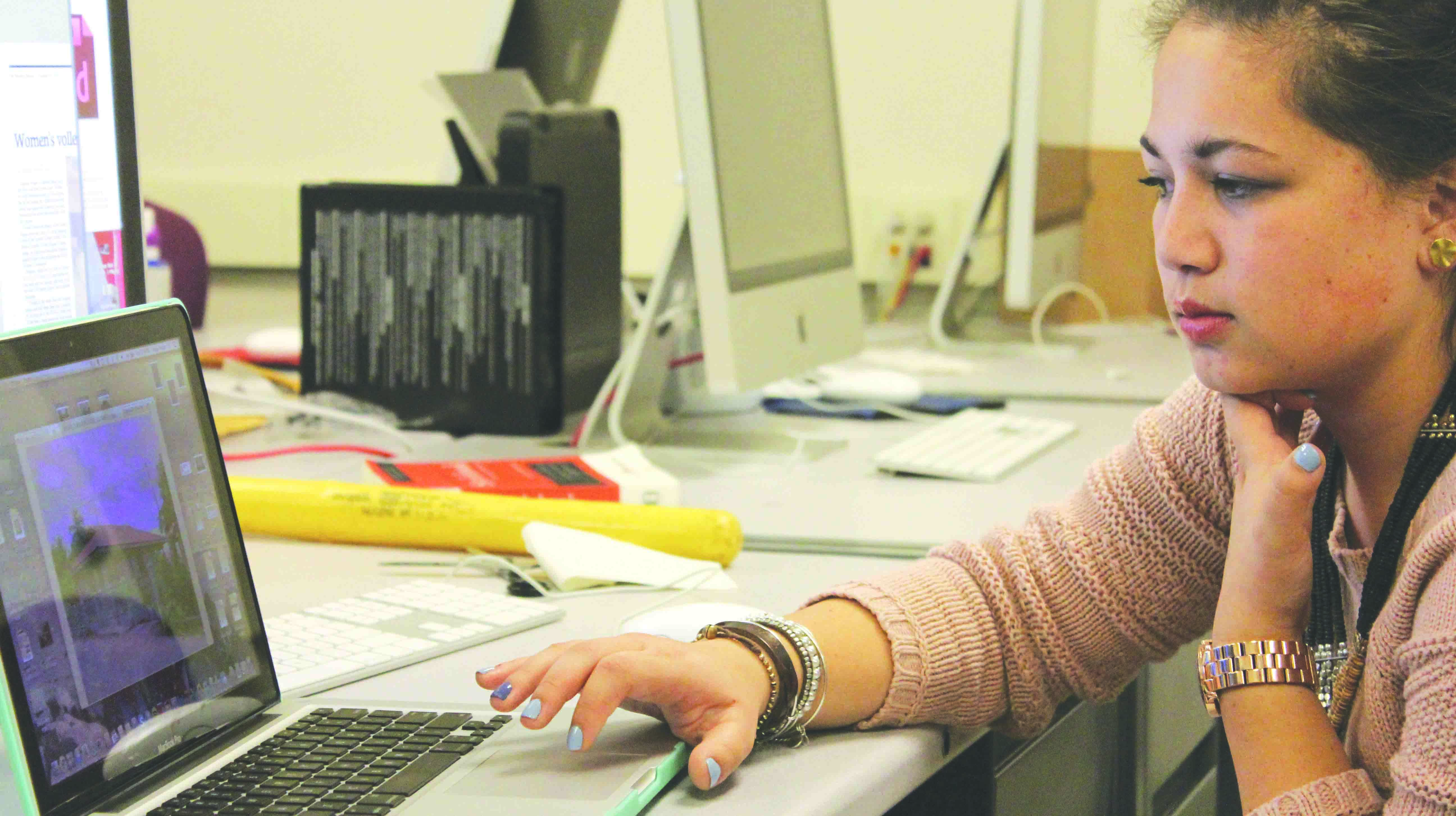 Four years ago, Tracy Parco gathered with her family in a church in Bohol — a small island in the southern Philippines — for the wedding of he cousin, Jesse Selor.

Now, Parco, an Emerson sophomore, sits over 8,000 miles away from the small province where her father Tom was born. She looks at a picture of the church on her laptop as it used to be, a worn red paint job on hulking open domes that cooled the building. It was the oldest Catholic church in Bohol.

“That was pretty surreal looking at the two images of that,” said Parco, a sophomore communication studies major. “He has these wedding pictures that are never going to be duplicated because that church is no longer in existence.”

The church has been laid to rubble by an earthquake that hit the area on Oct. 15 and the subsequent Typhoon Haiyan that ravaged the Philippines earlier this month. The natural disasters that desolated the southern region of the country have Filipino students at Emerson, like Parco, fearing for their families’ well-being, and searching for how they can make a difference in the other hemisphere.

“I feel a little bit helpless from here,” said Parco. “I’ve been keeping up with it through my family, and my dad has been updating me regularly.”

Parco has family in Bohol, specifically in Bacloyon, a municipality of the province reported to have a population of more than 18,000 in a 2010 census. Her grandparents opted to ride out the storm in the house designed by her grandfather, an architect who had it built according to strict safety standards.

“They ended up boarding up the house for the typhoon, and they paneled up the windows, and everything was fine,” she said.

However, Parco said other relatives — cousins, aunts, and uncles of her father — who lived about a mile away in a more traditional Filipino home elected to evacuate before the storm hit and go north to Manila, where they have more family.

“It ended up doing a lot of good, because that house, you wouldn’t have been able to get out of it if you were in there,” she said.

Parco again looks at her computer screen, this time at images of her family’s home before the typhoon hit.

“It’s a lot nicer now knowing the physical well-being of our family is good, so that kind of cleared up after that,” Parco said. “There was definitely a lot of anxiety there originally.”

Parco said she’s not sure if the evacuated family home, which she said has been in her family for generations, is habitable, or will be rebuilt.

Confusion and fear pervades those who can only see the images and the headlines, with intermittent messages from relatives when power is temporarily restored.

“It’s tough for me when I think about it,” said Naomi Floro, a junior performing arts major. “I’m very, very grateful, and very, very lucky that my family wasn’t too affected. But especially when I see footage and pictures of all of the damage that has occurred because of an earthquake, and then a typhoon, it’s just really unlucky.”

Floro’s parents are both from the Philippines, and while most of her family on her father’s side has since left the country, her mother’s relatives, including 10 brothers and sisters, still reside there.

They all live relatively close to each other in the Luzon province, far enough north that the worst of the storm didn’t hit. But the province didn’t completely avoid the typhoon’s effects.

“Fortunately, no one was hurt in my family, but they lost everything,” said Floro, who doesn’t speak Filipino. “Right off the bat, my mom started asking me to send her clothes that I’m not wearing, because even though everybody is OK, there’s a lot of damage from the storm.”

For Floro, there’s a disconnect from the country, made more difficult by the language barrier. But she can feel the weight of the tragedy through her mother’s response.

“These are my mom’s brothers and sisters who are still in the Philippines,” said Floro. “She mentioned how every time she watches the news, she cries, because she can’t take seeing how awful the damage is.”

The death toll and the extent of damage to the Philippines have not been confirmed. While the latest reports have over 4,000 deceased, that number will likely climb, with some estimations going as high as 10,000. The Nov. 8 typhoon displaced 4 million people from their homes.

So what is there for an Emerson student to do?

“I want to help, but right now I really want to help my family first, and that’s where I’m at,” Parco said. “I need to make sure that my family gets back on their feet, and then I kind of want to branch out from there and help whoever needs help.”

Floro, who is the secretary of ASIA, an on-campus student organization that celebrates Asian culture, said brainstorming has already begun on how she and her peers can help out.

“What I really want is to make this not so much an Emerson thing, but more a community thing where we try to pull as many Asian organizations from other colleges as we can, and host it off campus,” Floro said. “What we’re kind of locking on is something like a benefit concert or a silent auction, something like that, but something that everyone can participate in and have the opportunity to donate, whether it’s clothing or food.”

One effort already in place has been spearheaded by Sarah Stein, the vice president of operations for Alpha Epsilon Phi, and a Filipino-American student. Stein and her sorority sisters have been tabling around campus in an effort called “Cards to Show You Care,” with all the proceeds being donated to the Red Cross and the relief efforts.

“My mom really wanted me to do something for it, and half my mom’s family lives in the Philippines,” Stein said.

Stein said students can purchase cards for $2 with messages saying what they’re thankful for, and can add candy for an extra dollar. She said the Thanksgiving season inspired the idea.

“A lot of the girls in AEPhi are Jewish — it’s a Jewish sorority — and I’m Jewish, but I wanted to do something for the Filipino side,” said Stein, whose mother was born in the Philippines. She added it was important to hold the fundraiser now, so that potential student donors would see it as a response effort.

“I would love to reach a three-figure number,” Stein said of the fundraising. “Through student life and the Red Cross getting it approved and everything, it took a while to start.”

Stein said she went to the Philippines last year, her first trip in the last six years, where she visited areas like Bohol that were later devastated by the typhoon.

“Going back less than a year ago makes it a stronger connection for me,” Stein said. “To see how far the country changed from when I was 13 to when I was 19, they had grown in so many ways. It had developed so much, and I fear [the typhoon] is going to set them back.”

Parco said she was able to Skype with her grandparents, who showed her images of a destroyed Bohol that have conjured up memories of time she spent with her family.

“We had a teahouse in the back of the house; it kind of just overlooks the ocean a little bit,” Parco said. “We spent countless hours back there, eating, and different family reunions and parties. That definitely brought back a lot of weird memories, looking at the juxtaposing images.”