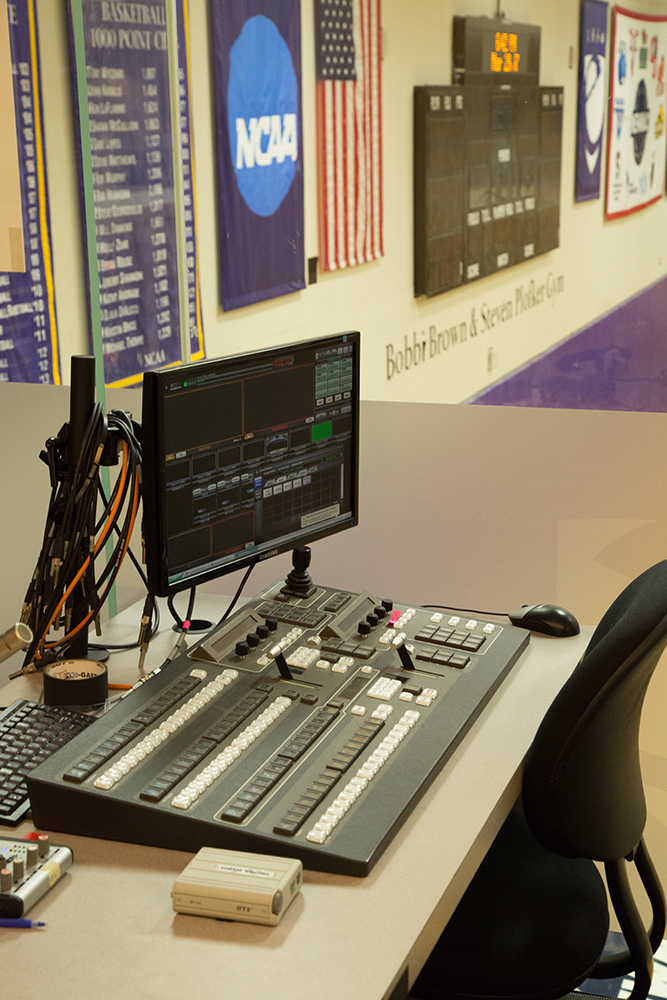 Broadcasting from Rotch Field to beyond

When Athletic Director Patricia Nicol was hired less than three years ago, she was told that streaming a game from Rotch Playground and Field—the South End home of the soccer, softball, and lacrosse teams—could never happen.

During her time as a performing arts student, Emily Skeggs earned three EVVY nominations for acting. After graduation, her collegiate success was far from over.

Emerson Shakespeare Society began the spring semester with a new and timely initiative—to not accept any productions for their spring semester season that did not include actors of color.

There once was a time when our artwork was autographed with messy handprints slapped on with paint. These days, it’s not actually so different; in the age of social media and constant content creation, personal branding is imperative to artists at Emerson. Instagram users are familiar with the concept of themes, or similarities between posts creating a coherent mosaic of pictures.

Before she left high school, Sam Longo was never confronted with the fact that she was poor.

As a Bachelor of Fine Arts acting major, junior Riley Hillyer was planning on auditioning for Emerson Stage, a requirement that he was happy to fulfill. He was also looking forward to attending the Women’s March in D.C. as an ally. He can’t do both.

Even with a 13-6 overall record so far this season, surpassing last year’s, the door for a tournament bid is quickly closing for the Lions.

When sports journalists or professional athletes share their social views, they’re typically met with at least some pushback.

“That’s something that I love about music. There could be people around the world who you don’t know and could never meet who are listening to your song,” Abeles said. “That’s my biggest goal—to be able to travel the world and share my music with everybody.”

Now about a year old, the student task force POWER continues to influence the Emerson community to step-up cultural competency among faculty, administration, and students.

"It's going to take a while for the culture to change a bit, but I think that having a comedy degree is going to help you in comedy," said Mike Bent, comedy professor, on the future of the new major.