A series of summer film reviews. 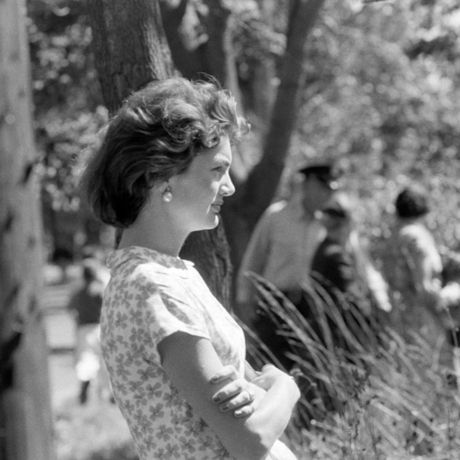 Ultrasuede: In Search of Halston

“The 70’s belonged to Halston,” or so it says on the designer’s plaque in the Fashion Walk of Fame. In the documentary Ultrasuede: In Search of Halston, debuting director Whitney Sudler-Smith sets out to paint an intimate portrait of the iconic Roy Halston, one of America’s most recognized fashion designers, famous for creating Jackie Kennedy’s pillbox hat which she wore at her husband’s presidential inauguration. Through a series of amateur interviews with various celebrities from then and now, and a collection of astounding secondary footage, survivors from the 70’s like singers Billy Joel and Nile Rodgers, and models Anjelica Huston and Pat Cleveland, describe the ambit of Halston’s decade. Drifting from intelligent questions to pointless conversation, Sudler-Smith successfully captures a variety of anecdotes and testimonies that help us understand Halston as a person, sometimes, and as a personality, most of the time.

Halston was among America’s top contenders in 1973 at a fashion show now known as the “Battle of Versailles,” where his work was compared to that of Yves Saint Laurent, Christian Dior, and Hubert de Givenchy. It was at the Palace of Versailles that he received a standing ovation from the French, granting a newfound respect to American fashion designers.

The documentary, being great in its content but lacking a successful execution, comprises some big interviews with people like Liza Minnelli, whose insight is mostly personal as she talks about her best friend while giving an occasional praise to his apparent genius. Fashion writers like Jim Moore of GQ, Amy Fine Collins of Vanity Fair, and Cathy Horyn of The New York Times offer their insight as the viewer learns about Halston’s work. André Leon Talley is among the biggest names to appear on screen, giving his take on Halston’s “American simplicity,” which is predominantly minimalistic. However the former Vogue editor-at-large is rudely interrupted by Sudler-Smith as the director’s cellphone rings in the middle of the interview, distracting both the interviewee and the audience from the subject at hand. The film does, however, display Halston’s genius as it dives into dialogue with Ralph Rucci, Stephen Burrows, Naeem Khan, Diane von Furstenberg, and other famous designers and stylists.

Through his journey, Sudler-Smith drags interviews to unnecessary and unentertaining extents, giving them a sense of validity in their conversational nature; his inexperience is clear and his goals are ambiguous. Still, the director’s slips and falls are not enough to overshadow the valuable content that is treated. Ultrasuede is a stark portrayal of the rise and fall of an era. It succeeds in representing the 70’s through Halston, and befittingly defines him as an artist and a visionary. This film is great for those who are interested in fashion, but perhaps the case is not the same for those interested in film.

Although the film’s direction is infantile in its sophistication and progression, the documentary exceeds in its technical quality. Archival footage and photographs are treated gracefully as editor John Paul Horstmann guides pictures through zoom-ins and -outs, separating items of clothing from the background, giving them a 3D-esque quality. Its retro electronic soundtrack is also a great complement to the representation of 70’s style and glamour.

Ultrasuede is a film that documents the climate of the 70’s, an era of glamour, fame, and drugs. It is a representation of New York, and Studio 54, as a place of impending doom and disaster, where dandyism was the only thing with enough substance to permeate the air, where anyone who mattered was beautiful; and where the era, like fashion, was all too ephemeral. It features a wonderful exploration of Halston by a not-so-wonderful explorer.

Interested in working for the beacon? Check out our job descriptions below. Questions should be sent to editor@berkeleybeacon.com.

Working on the Beacon

All Beacon positions are open to applicants at the end of each semester.

The Beacon's editorial staff manages the production of the content of the newspaper—including editing and multimedia staff. Editorial staffers received one non-tuition credit per semester. Click here to see available job descriptions.

Note that one does not need to be on staff to be a Beacon correspondent. Correspondents operate as freelancers, and receive a non-tuition if they have written five articles/taken five photos or any combination thereof, and attended five critiques and workshops throughout a semester. Email editor@berkeleybeacon.com if you would like to join the Beacon as a correspondent.

The Beacon is looking to expand its business side to increase revenue and circulation goals. Business staff maintains the Beacon's website and social media, sells ads, and manages the Beacon's contracts. Click here to see available job descriptions.