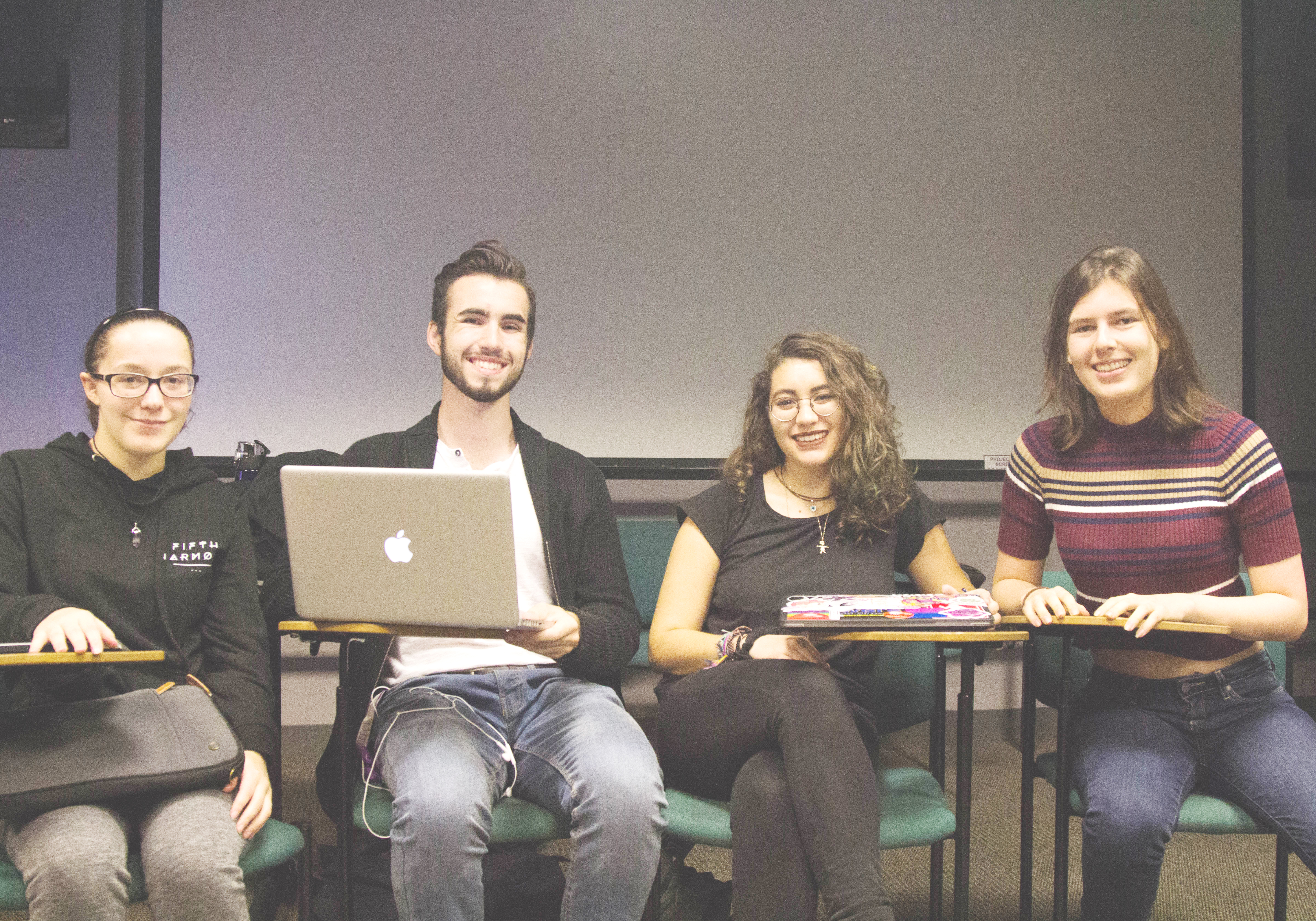 After a two-year hiatus, Artful Comics’ print publication is making a comeback. The organization’s executive board, headed by president Rachael Marks, is reviving the organization this semester.

“We want to create a platform for students to be able to workshop their ideas and find other writers and artists to collaborate with,” Marks said. “I want to educate them on making comics and the overall industry.”

Artful Comics, established in 2011, brings together writers, artists, and comic book lovers to collaborate and create their own comics. However, Marks said the club had minimal meetings and very little communication with its members.

“[Artful Comics] did not really have any meetings that were open to people outside of the e-board and a few meetings with writers and editors,” Marks said. “I saw the opportunity for the organization to educate members on graphic novels and the industry as a whole, but the lack of communication really hindered the creative atmosphere it should have fostered.”

At every Tuesday night meeting Marks encourages members to send in their ideas for feedback to help develop their comics. Marks, a senior writing, literature, and publishing major, said the aim is to turn the group into a place where artists are able to grow and develop their ideas into their own graphic novels and comics.

“We use our meeting time to get feedback from both our members and executive board,” Marks said. “We have had some people who have really built up some interesting ideas.”

She wants to increase the amount of webcomics on the new Artful Comics website. The website, which launched this month, will provide an additional outlet for artists to receive feedback on their work. Additionally, Marks is recognizing the problems Artful Comics has faced in the past and has made it a priority to publish members’ work.

“They intended on printing the publication in the past two years, but were incapable of doing so because of timing issues,” Marks said. “Tangible evidence is definitely the first step in rebuilding and we can move on from there.”

Editor in Chief Abby McAuliffe ‘19 also hopes to increase communication between writers and artists. Both her and Vice President Nic Sugrue ‘20 stressed the importance of collaboration between members.

“Every artist needs to start somewhere, and it helps to have a great environment full of support from other people with similar passions,” McAuliffe said. “Artful Comics can really provide that for people who have the interest and passion of making comics.”

Both attribute the kickstart of Artful Comics’ rebranding to Marks, citing her leadership and managerial skills.

“[Marks] can’t get enough credit for setting up the entire executive board and having the drive to get Artful Comics off the ground,” McAuliffe said. “She made the process a lot easier by putting people in charge of what they’re best at.”

Students can send their ideas to emersonartfulsubmissions@gmail.com, where the board gives feedback back to the creator and decides with the author what direction the individual comic will go.

“There is no such thing as a bad idea and there is always a way to get that idea out to the world,” Sugrue said.

McAuliffe said she wants to get more students involved and to work together with other artists at Emerson to put out an interesting final product.

“There are so many great organizations here at Emerson who all have different creative directions that can intersect in terms of interest and skills,” McAuliffe said. “These collaborations are definitely something we are looking forward to in the future, especially in building up our physical print publication.”