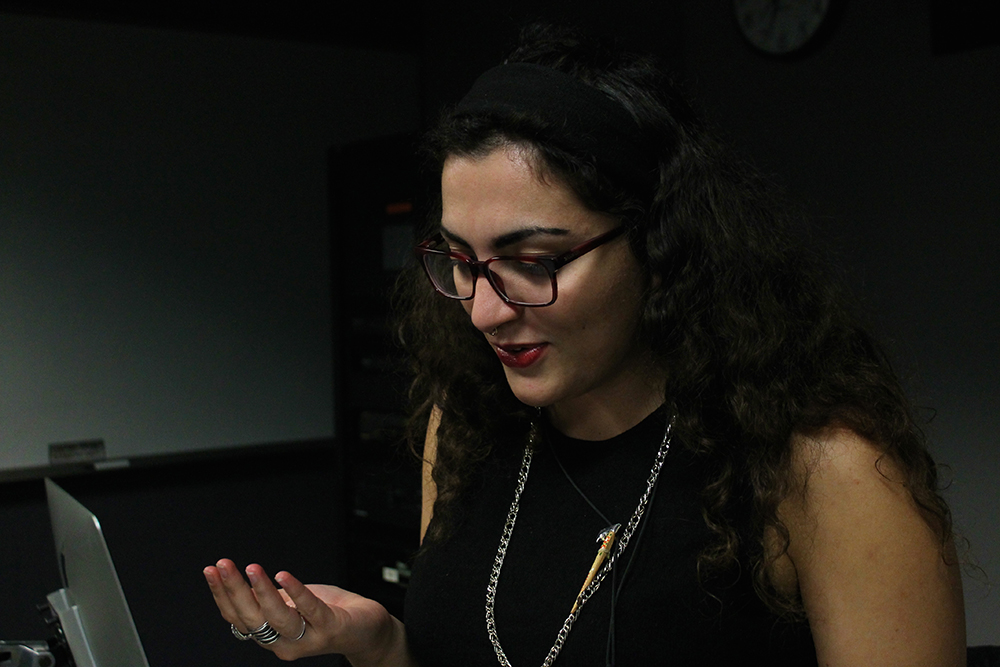 With a new event series on the rise, Emerson’s literary magazines aim to bring writers together like never before.

Throughout the year, the Emerson Review, Stork, and Concrete Literary Magazine will be hosting a monthly Tuesday Night Reading Series, where writers can showcase their personal work. The first installment took place this week when around 15 enthusiastic listeners gathered together in a classroom at the Ansin building. The intimate event exhibited four writers whose work ranged from poetry to short story excerpts.

Kaylee Anzik, a senior writing, literature, and publishing major, and co-editor-in-chief for Stork Magazine, said these readings were created as a way for student writers to network and feel united in the Emerson community.

“That’s why we’re collaborating with the other magazines and trying to do events, so that people can have a space in which they interact with other people who are doing the same things,” she said. “Often, writing can become this really isolating process.”

Wheelock said events like the reading series can help new students establish role models in the writing community. He said that while attending similar events as a reader at Stork, this reading helped him feel a sense of unity between the literary magazines at Emerson.

“It was good to hear that there were other magazines out there and we were all doing similar things, but also different, and just getting to know those people,” he said. “I liked getting that out of it, and I want to help do that for others.”

Cara DuBois, a senior writing, literature, and publishing major, and the managing editor of Concrete Literary Magazine, said that readings like these are always motivational experiences.

“I’m always inspired by and kind of in awe of what the people around me are doing,” she said. “Just being at a reading series where students have the confidence to showcase their work is really exciting.”

DuBois said the readings will always have something for everyone, regardless of which literary style is their favorite.

“We have students reading in lots of different genres—fiction, nonfiction, poetry … so you get a taste of all different things,” said DuBois.

Ashley Howard, a junior writing, literature, and publishing major, and the senior managing editor at the Emerson Review, said that this goal of uniting Emerson writers has been in place for a long time.

“We want to bring [the literary magazines] together more,” she said. “I think for a time, it felt like we were all kind of separate. We’re all friends, but we haven’t really done events together. I think that’s something that is lacking in the WLP community. So, that’s a huge part of why we’re doing it.”

Anzik said that she hopes the event will encourage students to get involved with the literary magazines.

Brad Trumpfheller, a sophomore writing, literature, and publishing major on the staff of Concrete Literary Magazine, explained that the monthly readings can be enjoyable even if you aren’t personally interested in writing.

“Filmmakers and actors and such, it’s important for them to come to get a sense of what the other departments are doing and what other artists are doing,” he said. “No art is just self-contained in itself, and you always have to expand outwards.”