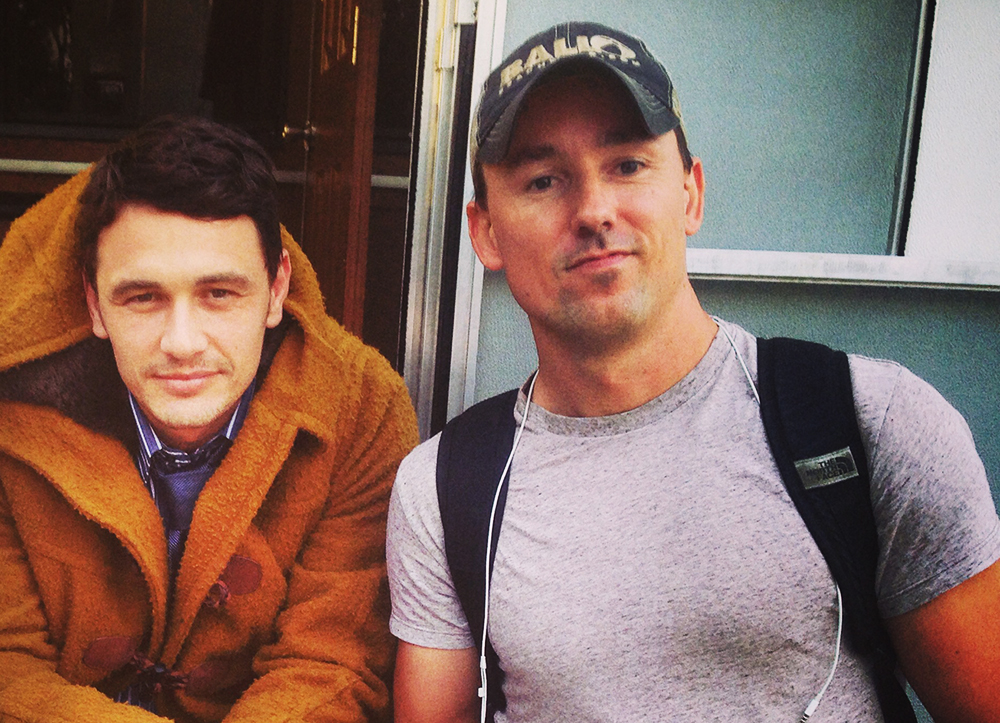 When Benoit Denizet-Lewis, now an Emerson professor, met Michael Glatze in 1998, they were both openly gay writers working for XY Magazine.

In 2011, Denizet-Lewis discovered that Glatze was in Wyoming, living as a born-again Christian. Instead of writing about advocacy and queer theory, Glatze had renounced his homosexuality.

At that point, Denizet-Lewis decided to interview Glatze, not only as a writer for the New York Times Magazine, but also as a friend who was desperate to understand why Glatze—who had previously founded a magazine called Young Gay America to help gay youth—started claiming that homosexuality is a sin.

“I was just as confused as anyone who knew Michael from back in the day,” said Denizet-Lewis, 39, an assistant professor of writing, literature, and publishing. “I wrote the piece not expecting that it would turn into anything more; I wrote it because I wanted to really figure out what happened to my friend.”

But Denizet-Lewis’ profile of Glatze, published in the New York Times Magazine in 2011, did turn into something more. James Franco, whom Denizet-Lewis had previously profiled for a magazine, expressed interest in the rights to the story when executive producer Gus Van Sant showed him the article, and it was turned into a film, I Am Michael. On Jan. 29, 2015, Denizet-Lewis attended its premiere at the prestigious Sundance Film Festival.

“It was fun to watch the process from beginning to now,” said Denizet-Lewis, adding that he was able to help director and writer Justin Kelly with the script, watch the casting process, and give his input.

“As a writer, I’ve had other things auctioned and nothing has come of them. A lot of writers have that experience, we write things and people buy them to possibly make movies,” said Denizet-Lewis. “When something actually does get made, it’s exciting. It’s nice to have created something.”

Denizet-Lewis described the film, which stars Franco and covers a greater length of time in Glatze’s life than the original article, as a complicated and nuanced depiction of Glatze’s character. He said that the film will likely be released in theaters, but the release date is has not yet been decided.

“The film doesn’t attack him, but it shows him in all his complexities,” said Denizet-Lewis, who added that I Am Michael is a ‘fascinating character study.’ “It doesn’t satisfy people who want a simple answer,” he said. “It’s a mystery.”

Denizet-Lewis said he attributes some of Glatze’s transformation to a variety of factors, including a health scare, but added that even at XY Magazine, they would often argue.

“Even when [Glatze] was a queer rights leader, he was a black-and-white thinker,” said Denizet-Lewis. “In a lot of ways, his transformation wasn’t that much of departure. He was still an extremist. Part of this has to do with his personality.”

Denizet-Lewis said that the film has a unique and unexpected take on sexuality.

“It might be a bit surprising for some Emerson students,” said Denizet-Lewis. “It’s the reverse coming-out story, so it might challenge some people.”

Heather Cassano, a student in Emerson’s media art master’s program, attended a breakfast talk at Sundance with Denizet-Lewis and director Justin Kelly through Emerson’s Visual and Media Arts Department, where the group spoke of the film’s controversy from the gay community, among other topics.

“It was interesting to hear about how it feels to get your own work shown,” Cassano said. “I’ve gone through it but it’s not on that scale. When there’s controversy, it’s interesting to see how they handle it.”

Emeralde Jensen-Roberts, a junior writing, literature, and publishing major who has taken two of Denizet-Lewis’ classes, said that Denizet-Lewis read his New York Times Magazine article to the students as an example of profile writing.

“Whenever [Denizet-Lewis] would mention his own writing, it added a personal element that you often don’t have when you’re writing for magazines,” said Jensen-Roberts. “From reading his content, I would say that Emerson students will have some kind of opinion because it relates to LBGT issues and being transparent with your sexuality.”