In new memoir, alum embraces the 'Gay Within' 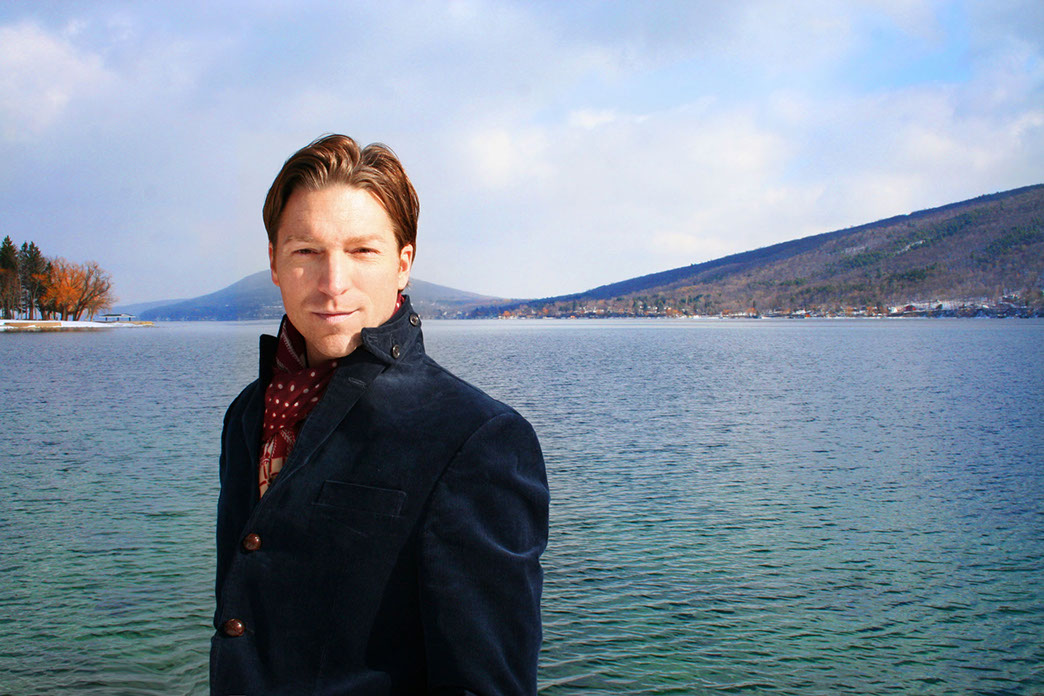 To Jon Derek Croteau’s father, Emerson was “‘the land of ‘fairies, freaks, and misfits with purple hair,”’ a place [Jon Derek] was to avoid at all costs.” To Croteau, the college was a place to call home—a place where, after years of living in the closet, he began his journey of self-acceptance, which he wrote about in his upcoming memoir, My Thinning Years: Starving the Gay Within.

“I learned how to trust myself there because people trusted me,” Croteau said of Emerson, in an interview with the Beacon. Though he originally enrolled at Bates College in Maine, Croteau only attended for three days, fearing that other students would “spot the gay in [him].”

Emerson was more fitting for Croteau, who transferred to the college in the fall of 1995 and described his experience there as “open, expressive, and freeing.” Though he originally studied musical theater, Croteau had been writing stories since the seventh grade, and decided to switch to a major in writing, literature, and publishing, with a minor in psychology.

After graduating in 1998, Croteau went on to become a published author, writing books about management and leadership, as well as a senior partner at Witt/Kieffer, a company that provides leadership development to major institutions.

With the experience and knowledge he acquired through Emerson’s creative writing classes and a desire to uncover his painful past, Croteau wrote the story of the struggle with his own sexuality. My Thinning Years: Starving the Gay Within will be released by Hazelden Publishing on Tuesday, Sept. 9.

At Emerson, Croteau took classes taught by Dr. Peter Corea, a former Emerson Psychology professor, who inspired him to focus on love.

“He talked about love; how it can heal most things, and I believe that,” Croteau said, adding that his relationship with his husband, Justin, has helped him to move on from his tumultuous past.

Growing up, Croteau said he never truly felt he could express himself, mostly due to his oppressive father, who he describes in his memoir as the “oil to his water.” Croteau recounted in My Thinning Years that his earliest memories of his father were “entangled with fear and anxiety,” as Croteau struggled to fit the mold that his father tried to force him into: that of a macho athlete. While Croteau gravitated towards theater, his father’s rules prevented him from auditioning in any play.

“My dad thought that a contact sport would make me ‘tougher’ and would get me into better shape,” Croteau writes in his book. “‘It’s good for you,’ he’d say. ‘It’ll make you a real man.’”

Croteau’s father was obsessed with his vision of perfection, according to Croteau. Constantly telling Croteau and his two siblings that they were chubby and out of shape, his father often forced his children to do push-ups and sit-ups.

“Food was an enemy for us,” said Croteau, who developed an array of eating disorders throughout his adolescent years that he described as a “symptom of his own self-hatred.” In a 2014 article he wrote for the The Huffington Post titled “Putting an End to Starving for Love,” Croteau wrote, “I chose anorexia as my love so that no one else could really love me...It not only kept me thin, it kept me chaste, pure. It made me feel safe and secure like nothing else could.”

Croteau’s inner battle manifested more directly in a suicide attempt, an event that he recounts in his memoir. “I didn’t prepare a note—I wanted to disappear for good,” Croteau wrote. He prepared to asphyxiate himself by running his Bronco in his family’s garage, but was saved by his sister before he suffered any physical effects.

As the media has increasingly shone light on the staggering amount of suicides in the lesbian, gay, bisexual, and transgender community, Croteau said he felt he needed to share his story.

“Throughout my adolescence I was so silent about my sexual orientation,” he said. “I felt like it was my turn to speak up.”

Dr. Trudi Feinstein, a former psychology professor at Emerson who formed a close relationship with Croteau during his time at the college, said that she believes the memoir will help people who are struggling to come out.

“What will heal [Jon] will also save lives,” Feinstein said. “It will open up a dialogue among families who want to understand their children.”

Feinstein, who currently teaches at Massachusetts College of Pharmacy, said that she requires her students to read Croteau’s memoir in her Gender Roles and Social Psychology classes.

“The only reason why I’m sharing so much of my intimate truth is to help others,” Croteau said. “Maybe they have to hide the book under their pillow, but I hope to let them know that there is a better day.”