Documentary "On the Move" asks, what connects America? 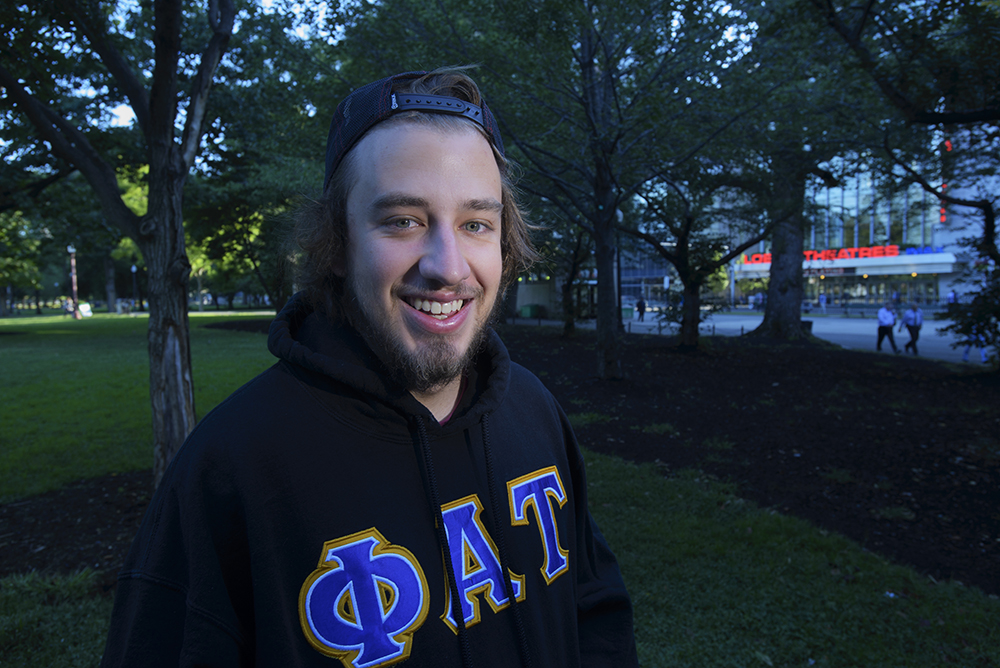 Spending 47 days in a cramped Saab with no working radio doesn’t sound like a recipe for success, but for Emerson filmmakers Christian Bergren-Aragon, Michael Thorpe, Brendan Scully, and Courtland Noble, it was the best summer of their lives. The four traveled across the Southwest, West Coast, Midwest, and Southeast regions of the United States for their documentary, On The Move.

Bergren-Aragon, Noble, and Scully, now seniors, have been close friends since freshman year. They began forming the idea for On the Move through conversations about their varied upbringings in December.

“We started talking about what we think about being American and growing up in America,” said Noble, the documentary’s director, adding that collectively the four filmmakers had lived in nine regions throughout the United States. “We started talking about how different these cultures were, and from there wondering what the unifying theme was between them.”

The film is currently in the early stages of editing, but according to Scully has a tentative release date in April.

Bergren-Aragon, a senior journalism major, said he and Scully had planned to backpack across Europe, but decided to focus on the United States because they felt they could tell a better story with a place they were already familiar with.

“Three out of four of us are journalism majors, and we were sick and tired of having to read about crap happening in the United States,” said Bergren-Aragon, the producer of On the Move. “There are people who aren’t profiled enough who are doing amazing things.”

In May, the three friends set to work planning their itinerary, which spanned across 20 cities and 16 states. To determine their destinations, Scully, Bergren-Aragon, and Noble researched the history, culture, and economy of each region and then chose a city that best represented it. Then they contacted organizations that worked toward bettering the community. When the students discovered San Francisco’s large homeless population, for example, they interviewed Lava Mae, an organization that turns old buses into communal showers.

The four filmmakers agreed that it wasn’t just the places that made the trip memorable, but also the people. In Chicago, they spoke to the founder of a youth gang prevention organization called Build. In Seattle, they interviewed the founder of Earth Day.

“The great people in this country are all doing things for the same reasons,” said Scully, a senior journalism major and head writer of On the Move. “They’re all trying to make what they know a better place.”

To fund the roadtrip, Bergren-Aragon, Noble, and Scully raised money online through an Indiegogo campaign. When they surpassed their $8,500 goal by over $2,000, they decided to add another person to their crew. Bergren-Aragon and Scully had met Thorpe through a photography project on the 2013 Boston Marathon bombing.

“That was probably one of the coolest conversations I’ve ever had over the phone,” Bergren-Aragon said of his offer to Thorpe. “I said, ‘We have $11,000 and are going cross country on a road trip. Do you want to come?’”

Thorpe, a journalism major, said he had plans to work at a camera store in Newton but dropped everything when he was asked to join the crew.

“It was a leap of faith,” said Thorpe, the photographer of On the Move. “I didn’t know anything about them. But when are you going to get another opportunity like that∇seeing the country practically for free, with three great guys?”

Though Thorpe said it was initially challenging for him as a newcomer to integrate into the group of three already close friends, he said the awkwardness faded quickly after living with his crewmembers 24/7.

Bergren-Aragon said the On the Move crew found places to stay through friends and family.

“We didn’t pay for housing for a specific reason,” he said. “We wanted to immerse ourselves in culture, and staying at a hotel or hostel wouldn’t do that as effectively.”

The four students agreed that they were surprised at the warm hospitality they received during the trip. Bergren-Aragon said that some people simply gave them their house keys. One family from Seattle, who the boys didn’t know previously, threw a welcome party for them.

Becky Brinkerhoff, a junior with a double major in marketing communications and theater studies, offered the filmmakers her home when she learned they were stopping in Atlanta.

“My parents really liked them,” Brinkerhoff said. “I got a text from my dad saying they were upstanding young gentlemen.”

Brinkerhoff’s mother, a pediatrician, even nursed Noble back to health when he caught a virus at the beginning of the trip. She brought him to her office to test him for strep throat and delivered him medicine and milkshakes.

“Everyone that we talked to treated us so well,” Scully said. “You see other places around the world where slight differences can lead to full-scale civil wars. America isn’t perfect, but for the most part, it’s a very positive place to be, and that isn’t expressed enough.”