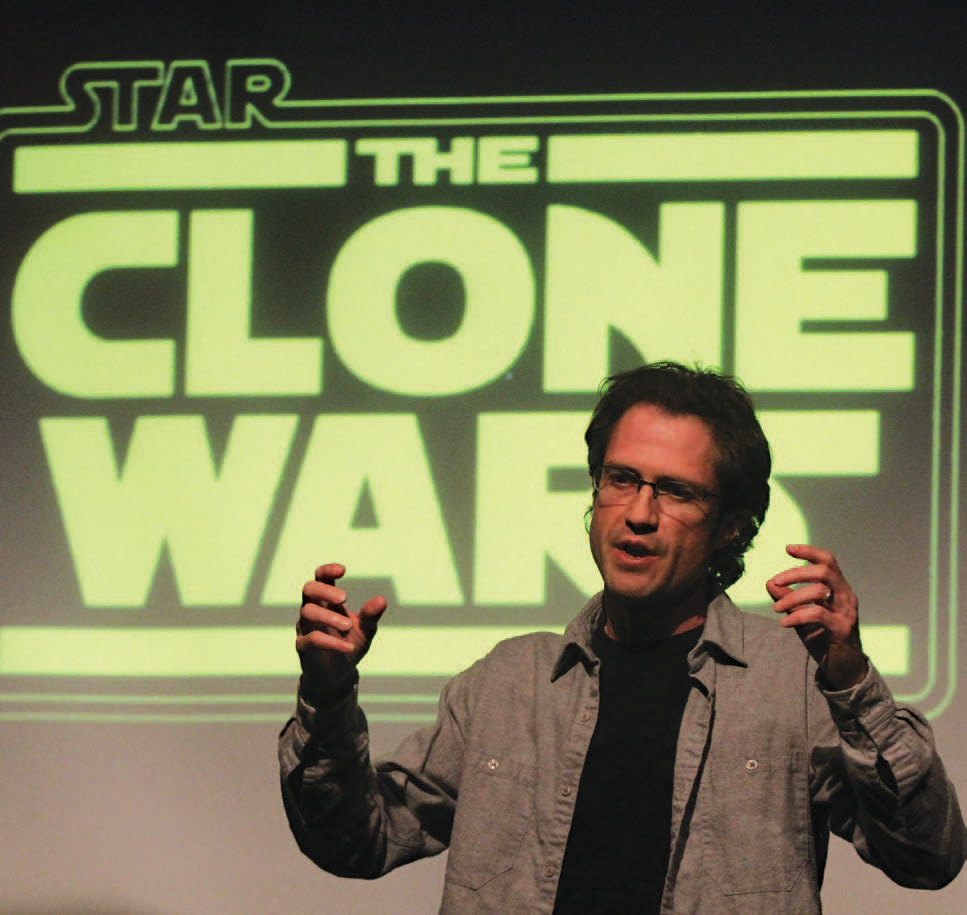 Animation editors of Star Wars: The Clone Wars, Jason Tucker and Nate Cormier, described the process of landing the job as surprising and surreal, neither of them expecting to set foot in George Lucas’ famous Skywalker Ranch for an interview.

He graduated from Emerson in 1990 and moved out to Los Angeles, where he learned the rules of the industry initially as a production assistant, holding an elevator door open for $200 a week.

In a discussion called “The Role of the Animation Editor” on Tuesday night, Tucker and Cormier talked about their journey from Emerson College to LA’s animation industry.

Cormier had a similar reaction. He had only dreamt about working under a visionary like George Lucas in his boyhood while playing with Star Wars figurines.

“I ended up getting hired on the phone,” Cormier said. “[The woman on the phone] opened with one of the dumbest questions I’ve ever heard: Have you ever heard of Star Wars? I was like, ‘Yeah, that rings a bell.’ ”

Star Wars: The Clone Wars is an animated series created by George Lucas that airs on Cartoon Network. It takes place in the fictional Star Wars galaxy and centers around characters of the movies, between Episodes II and III. Setting the series in an alternate fantasy universe allows for creative expansion, with foreign landscape, alien-like characters, and futuristic technologies. Additionally, there are a multitude of worlds that the animators work with, each planet with a different atmosphere and terrain.

“I find it to be a creative rewarding experience,” said Tucker.

He had estimated that each 22-minute episode took over a year to create and around $1.5 million. He explained the role of the animation editor using the analogy of sculpting.

Much of what Cormier, who graduated from Emerson in 2009, and Tucker discussed was applicable to any arts industry, but emphasized that connections to other Emerson alumni helped them land the jobs. Emerson alum and television production teacher Kevin Bright joined the discussion later on, when they delved further into the intricacies of the industry. They talked about the importance of networking, being open to collaboration, and having people in

the industry to look up to for guidance. “Regardless of whether you’re an animation student or not, the speakers gave some really solid advice,” said Savannah Power, a freshman visual and media arts major. “I learned a lot from listening to them talk about the industry and their personal career paths, even though I’m not pursuing animation as a career field, although neither were they when they first graduated.”