NewFest brings back ghosts of the literary past 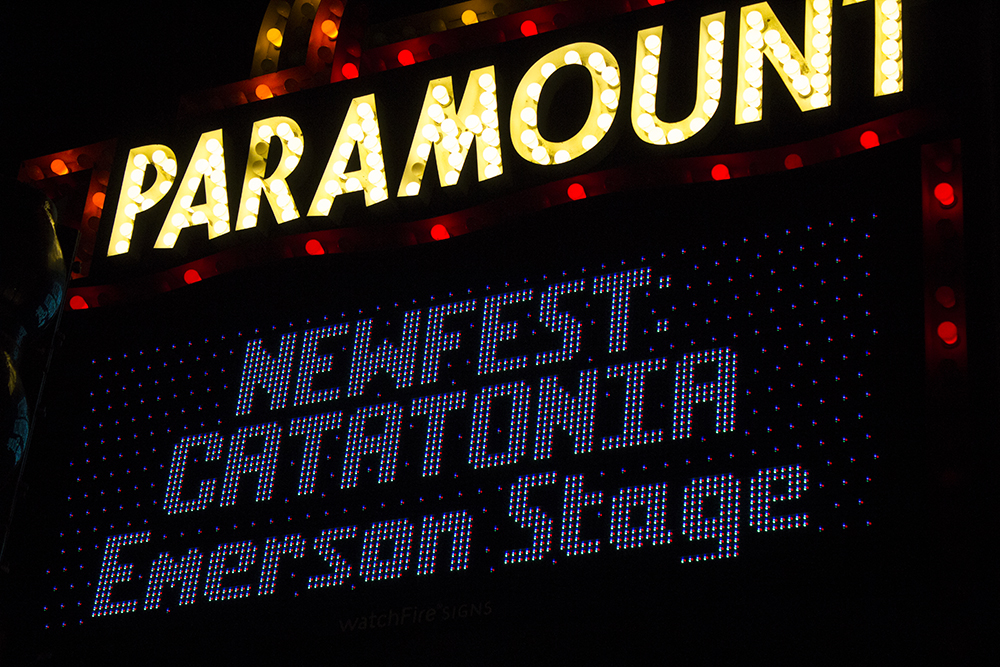 Four years ago, Dan Robert, a senior performing arts major, had a Skype call that would change his life as a budding playwright.

A freshman at the time, Robert was corresponding with a friend from Boston University when the two students began improvising a dialogue over video chat and crafted the loose story that was later shaped into Catatonia, winner of the Rod Parker Playwriting Award and Emerson Stage’s production for NewFest 2013.

Fresh off of the Tuesday morning redeye flight from Los Angeles International Airport, Robert is back in Boston until Sunday to witness the debut of his work onstage at the Jackie Liebergott Black Box. The production of this student-written script opens today, March 21, as part of the 22nd annual NewFest, a festival that presents new work produced by Emerson Stage. According to Robert, it is a personal play well-timed with his upcoming graduation and transition into the professional world.

“Catatonia is based on a lot of my fears regarding my future, and grappling with growing up,” said Robert. By the time he was a junior and had the opportunity to take Playwriting I, Robert had became the sole developer for the script.

Catatonia tells the story of a woman named Molly who is dealing with a life crisis. As she struggles to make sense of her failing marriage and her sexual and emotional downfall, ghosts of the literary past like Maggie the Cat from Tennessee Williams’ play Cat on Hot Tin Roof, visit Molly to help her deal with her present.

He attributes his continued interest to his rookie script’s real-world relevancy.

“If it weren’t for the life experience I gained during my sophomore year, I probably wouldn’t have known where to take this play,” said Robert.

Although Catatonia remains Robert’s dominant foray into playwriting, he continued to produce not only original works, but also what he considers his real passion and hobby: stage adaptations.

Last year, he served as the co-president for Mercutio Troupe, a student theater company at Emerson. He has adapted texts such as Rachel Getting Married to Miranda July’s book, No One Belongs Here More Than You (performed as a series of monologues on the Charles River Esplanade).

The Northampton, Mass. native is currently completing his last semester at Emerson’s Los Angeles campus, where he juggles performing arts classes and his internship for Hollywood production company Perfect Storm Entertainment. To continue to play a role in Catatonia’s process from the West Coast, Robert was present at callbacks and read-throughs via video chat, had two runs of the show taped, and was flown in for President’s Day weekend rehearsals by Emerson Stage funding.

Robert chuckled humbly when asked about seeing his words come to life for the first time.

“Naturally, I’m freaking out,” said Robert. “It’s incredibly nerve-wracking to present a new work, especially such an intimate one. But the cast and crew have brought such an amount of care and sensitivity to the show, so I trust the work they’ve done.”

Artistic Director of NewFest & Part-Time Faculty in Performing Arts Joe Antoun said dealing with the delicacy of a new play is simply a part of the process.

“This is the 13th NewFest production I’ve directed for Emerson Stage,” said Antoun. “After a few, I realized that any piece showcased in NewFest is still considered in development. There’s room for improvement; changes can be made, and perspectives can switch.”

For Antoun, some of the show’s more notable elements are the technical aspects and the literary/theatrical allusions.

“This show is constantly shifting from the reality of the story to the mind of the protagonist, and it also involves hallucinations of both factual and fictional characters,” said Antoun.

Despite his close collaboration with Robert on Catatonia, Antoun admits that he did not fully discover the play’s message until he wrote the director’s notes for the program.

“It’s about human being’s need for emotional intimacy,” he said. “It’s about how we let our demons keep us from reaching out to others, when what we really want is for them to know our demons and love us for them.”