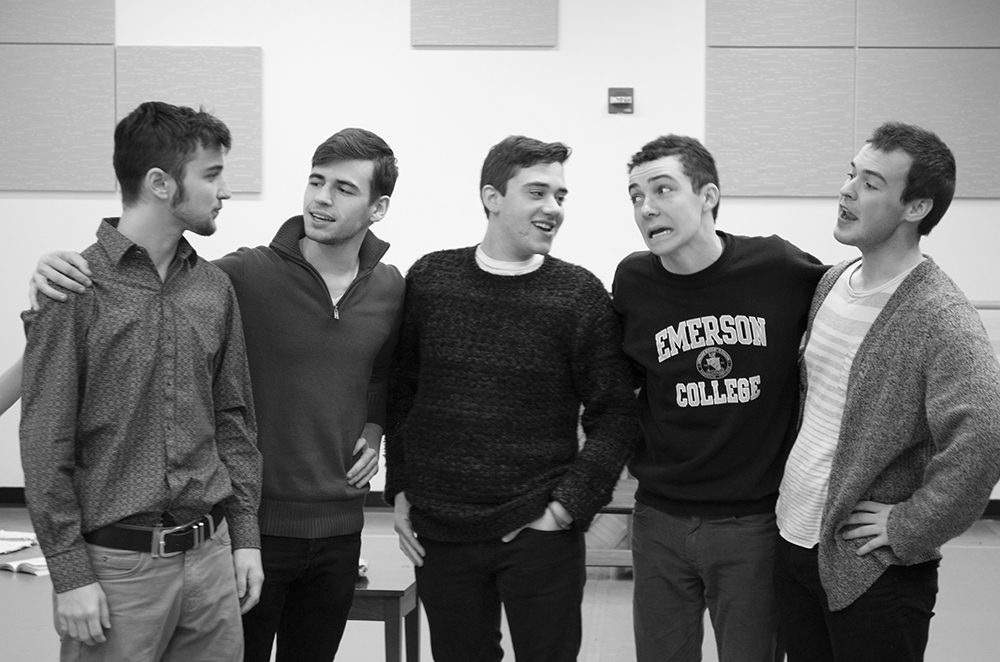 In Emerson Shakespeare Society’s Ballad of the Moon, an original mash-up of Shakespeare’s Romeo and Juliet and Federico Garcia Lorca’s Blood Wedding, the star-crossed lovers did not die in a dual suicide, as depicted at the end of The Bard’s tragedy. Instead, they simply broke up and struggled with moving on, like most non-literary bound adults.

The freely-based adaptation takes place in Spain at the start of the twentieth century. Romeo has a child, with another on the way, like the character’s Blood counterpart Leonardo. Meanwhile, Juliet is being forced into a passionless, arranged marriage, similar to her Blood equivalent known as The Bride. But on the day of their wedding, Romeo and Juliet decide to break the shackles of their oppressed lives and run away together.

Hogan, who is co-directing the play with Maggio, has been working on the project, which serves as her honors thesis, since February of last year. The two said they came across many difficulties when joining these two texts to create a cohesive production.

“It was a challenge cutting stuff out,” said Hogan, who compares her script to a wedding cake with many layers. “These texts are sacred.”

To navigate the difficulty, Hogan selected nuts and bolts, such as characters and chunks of dialogue, to seamlessly blend the two together with mutual themes, with Hogan attempting to illustrate that theater can provide audiences with meaningful philosophy.

Maggio is the one who suggested that he and Hogan look into Blood Wedding as a potentially interesting adaptation.  According to him, the duo met up every month to discuss and work out every kink in the story. Before Ballad, Maggio had never witnessed or participated in co-directing during his first 15 Emerson-based productions. But he said, he has found it to be the most rewarding part of the whole experience.

“You really learn how to work with a person and form a plan of attack,” said Maggio, who said their directing styles melded together well. “I’m an actors’ director, so my biggest goal is not losing the goal of the work — to keep it believable.”

To help bring their direction to life, the twosome brought in junior theater studies major James Kennedy to compose the score. The music, set to a selection of both Lorca and Shakespeare’s sonnets and between the instrumental and vocal pieces, consistently runs throughout the two-hour show.

Kennedy describes music as a key ingredient when it comes to the text of Shakespeare and hopes his swirl of Spanish and Italian influenced tunes connects to the audience.

“I’m hoping that it brings another dimension to the world of the play,” said Kennedy, who wrote roughly 25 pieces for the production. “Songs tell a story; it’s about finding what moments were key.”

Kennedy crafted the melodies last summer on his piano. And he didn’t finish the final song until a couple weeks ago. According to Kennedy, he learned the words of the two texts inside and out before he began writing; a task that has provided a wealth of knowledge and lessons.

“There’s still so much to learn from these texts,” said Kennedy. “Spending a year with them has been a great experience.”

With one years’ worth of work about to be realized on the stage, Hogan is optimistic that audiences will fall in love with her twist on this timeless tale.

“Hopefully they will find appreciation for this language,” said Hogan, “and become part of this celebration of life, death, and human instinct.”