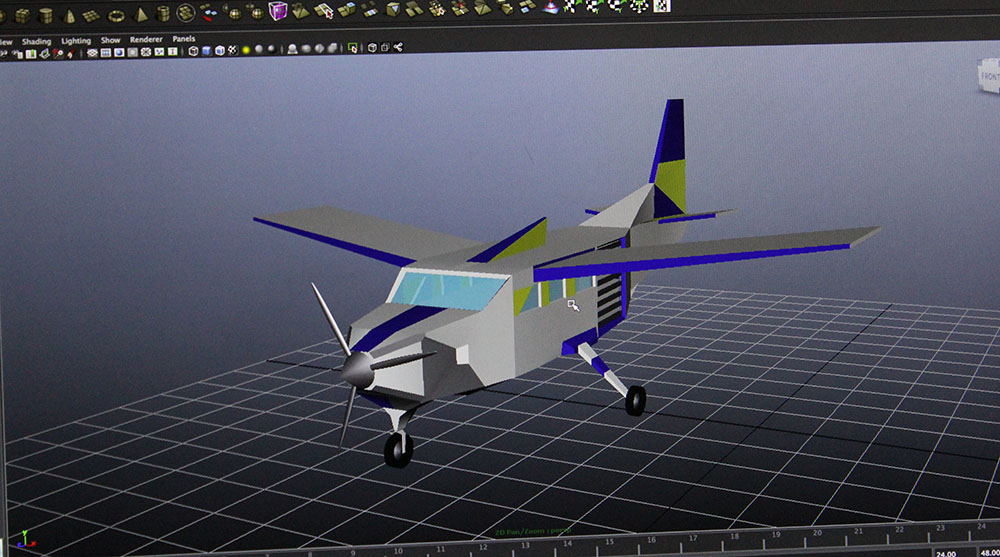 Though animators focus on perfecting the art of the animated short, their work is far from brief. A one-minute-long video can take over a month to create, due to the tedious and intricate nature of the process. That’s why producing a community in which animators can support each other is essential.

Fortunately for those studying animation at Emerson, they don’t need to look far—there’s only 39 of them.

“The community is so small and there’s so little of us,” said Hayley Garden, a junior visual and media arts major with an animation focus.

Many of the animators at Emerson are involved with Sweet Tooth, the only on-campus organization that specializes in animation. The club screens animated shorts and provides tutorials for students.

Kelsey-Anne Jance, a Sweet Tooth officer and a junior visual and media arts major, said this semester, the members plan to work together to create three animated projects.

“The thing about Emerson is that we only have a very limited amount of animation courses, so it would be really nice if a bunch of us could come together and make an animated short,” Jance said.

She said the organization has been an important tool for her to connect with other visual and media arts majors with an animation focus.

“If I weren’t involved with the group, it would be very difficult to find those people,” Jance said.

Emerson doesn’t technically have an animation major—it’s a visual and media arts major with a concentration in animation and motion media.  For these students who specialize in animation, coursework they select from is limited.

“The way our major is structured is absolutely a disadvantage compared to the kind of education that my peers at different schools are getting because [Emerson] tries to lump us in with film majors,” Garden said.

Garden explained that Emerson requires those focusing in animation to take prerequisites that teach film, like how to hold a camera and use Final Cut.

“That’s nice to know, in theory,” Garden said. “But it would be much more beneficial if our foundations course was more suited towards animation majors.”

John-Craig Freeman,  a professor of 3D computer gaming and computer animation, pointed out that the animation department’s uniqueness was also what made it advantageous.

“In the department, we try to take a convergent approach to everything we do, so we try to allow students as much flexibility in and around the curriculum that they need,” Freeman said.

Freeman himself is an accomplished inventor and public artist. He works with emerging technologies to create Imaging Place,  a visual reality art project that combines satellite imaging, panoramic photography, and 3D technologies. This project allows people to explore the whole world while sitting at their computers. He said his public art background is essential in teaching animation students.

“In order to become artists, [animation students] need to reach a certain level of fluency,” Freeman said. “For me, that’s the most important thing: they can turn their attention from the technical training to the creative self-expression.”

Before animation students can get creative, they need to master the computer software central to the animation world, or more specifically, Maya. A type of complicated 3D animation software, Maya is widely used by professionals in the industry, including the animators of Avatar.  It allows those who know how to use it to create realistic, three-dimensional works of art.

Students learn the basics of Maya in Computer Animation I and continue working with it in advanced courses. In the program, users are able to create characters and make them move realistically, a technique called rigging. The process is extremely intricate and time-consuming, since users work with a digital skeleton, in which all of the joints and bones must move properly for the character to move fluidly.

“Maya is nothing like I’ve ever seen before, and I’m pretty computer savvy,” Garden said. “I learn something new every day when I open that program. It’s actually pretty incredible.”

Once animation students become proficient with software like Maya, they have the ability to become truly creative.

“They’re using this technology to express themselves as artists,” said Freeman.

After they’ve honed their craft, animation students have many career options in an industry that’s always expanding, from working for large, Los Angeles-based corporations, to smaller, independent companies, to even opening up their own production studios.

Freeman said he’s seen many students meet in his class and go on to work togethr in the field, which is why having an academic community of animators is so crucial.

“We all know how time consuming animation is,” Garden said. “So we all try and help each other as much as we can.”