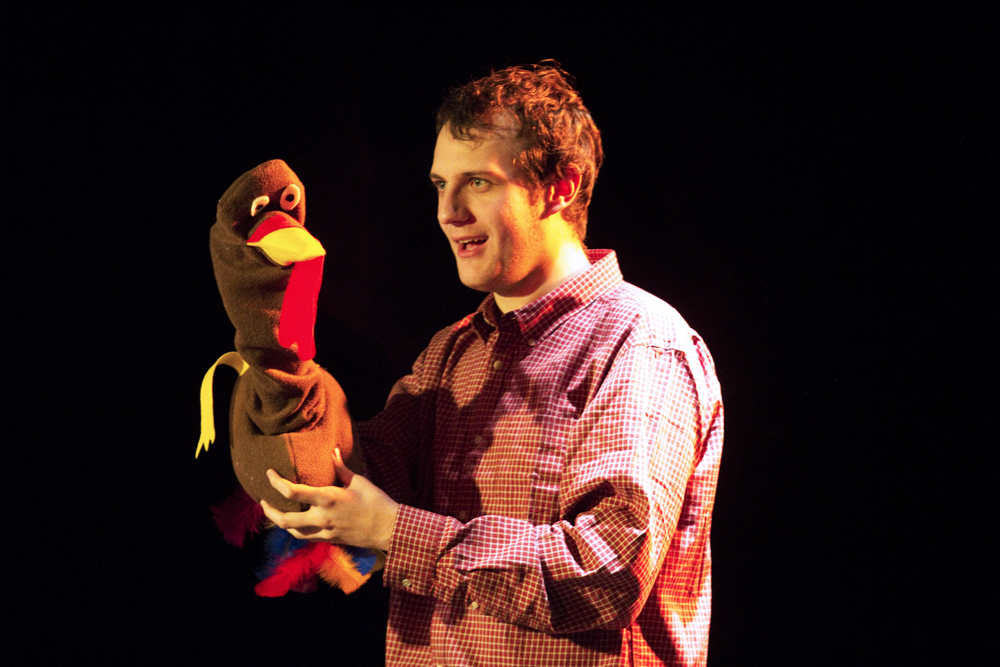 WECB is the college’s oldest radio station, broadcasting since 1947. Since 2003, the station moved off a.m. radio and onto an exclusively online broadcast. Today, WECB features an array of musical genres including rock, Latin, and jazz. Last night, staff and DJs came together to celebrate the sixty-fifth birthday in the Little Building’s Cabaret. Lydia Liebman, a junior visual and media arts major, reflected on WECB’s storied history.

“It’s definitely important to commemorate milestones like this,” said Liebman, who serves as general manager for the station. “We booked the Cab at the end of the year knowing it was a nice way to tie everything together.”

Junior marketing communication major David Veltser spoke positively of his experience with WECB and about what the station stands for.

“It’s a very open experience,” said Veltser, promotions director for WECB. “[The station] helped me understand what freeform really means, and what it’s like to express myself in public.”

During the bash, WECB aired a snippet from an in-progress documentary about the station by Veltser. Since the spring, he has been conducting interviews with alumni, as well as gathering archival radio transmissions and old newspaper clips.

“Working on comprising archival history has shown me how much this station meant and changed a lot of people,” said Veltser, about his passion project. “It’s good for [staff] to be able to see how far we’ve come.”

As part of the festivities, WECB handed out awards honoring the best broadcasts, as they do every semester. Awards included the Dynamic Duo Award and the Continually Awesome Award. Winners received a special CD courtesy of music promoters, some walking home with discs by the likes of Sean Kingston or Norah Jones.

Chantel Toomajian, a junior communications disorders major, has had her radio show, Inhabitants Of The Castle, a Disney-themed program, since fall 2011. She says WECB allows for plenty of freedom when it comes to creative decisions.

“I make my own playlists and come up with content to share,” said Toomajian. “However, I do take a lot of requests from outside listeners.”

She credits the station with providing a positive and encouraging work experience.

“It’s a great atmosphere overall,” said Toomajian, who also plays dubstep and pop covers of Disney classics. “I look forward to continue playing great songs and working with them.”