From housewife to ecological activist 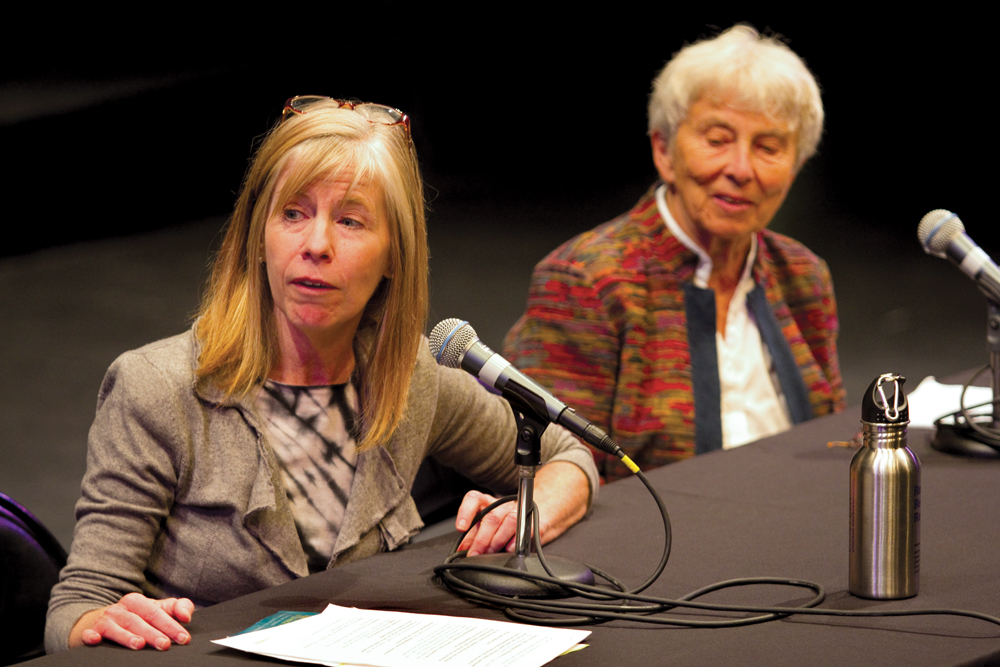 The Nashua River — once a technicolor dreamcoat of pollution and human waste — is now a cleaner version of its past, foul form.

Marion Stoddart worked as an advocate during the 1960s to clean the river and is commemorated in Susan Edwards’ documentary, The Work of 1000. Sponsored by Emerson College Institute for Liberal Arts and Interdisciplinary Studies, Imagine Students Reaching Out, Earth Emerson and Emerson Peace and Social Justice, the film screened in Emerson’s Semel Theater on Wednesday night followed by a Q-and-A with Edwards and Stoddart.

The Nashua River, heavily used by industrial mills and as a dumping ground around Worcester County and Stoddart’s home of Groton, Mass., turned vibrant shades of yellow, red and orange. According to the film’s website, in the 1960s the river was named one of the top 10 polluted rivers in the United States.

Combining newspaper clippings, interviews with citizens involved in the Nashua cleanup, and powerful images of orange or yellow water, the film chronicles Stoddart’s journey from a housewife to citizen-activist.

The 30-minute picture opens with shots of the toxic gold river with trash and industrial waste along the water’s coast. A woman interviewed in the film described how as a child she would walk across the bridge with her friends.

“We would play the game, ‘What color is the river going to be today?’” she says.

With help from the League of Women Voters, Stoddart gathered citizen petitions and donations to receive local, state, and national government involvement. With growing focus of government and press, Stoddart was able to gain the attention of Gov. Volpe who eventually passed the Clean Water Act.

Originally from Nevada, where she says water was scarce and valued, Stoddart was disturbed by the apathetic abuse of the waterway. Helpless as to what she could do to make a difference, Stoddart credits an inspirational radio program for pushing her to make a change.

“It said, ‘One person can do the work of a thousand.’ And I thought that was just wonderful,” she said in the film.

Stoddart attributes her passion to make a difference with the inherent guilt she feels she was born with. “I kept asking myself, ‘What am I supposed to be doing with my life?’” she said.

Meeting Stoddart during a political campaign, Edwards was inspired by all that she had accomplished in her life.

“You can see in the film Marion was the outlier in many ways. She was the only one sticking her neck out and the only one saying that it was possible to clean the river,” Edwards said. “There were skeptics, there were naysayers, and she was also the only woman. She was able to transcend stereotype and prejudice because of her actions.”

The movie has made it to several film festivals including the 2012 Wild & Scenic Film Festival, the Berkshire International Film Festival and Citizen Jane Film Festival.

The showcasing of the film and the talk with Marion makes up the program, The Work of 1000. It pushes civic, educational and professional programs to build leadership skills for those involved in social issues.

Stoddart uses her experience of saving the river to bring inspiration for other people to become passionate and civically involved in anything they desire.

She emphasizes her belief that “people make a difference.”

In response to the question by an audience member, “Do you think you’re a good person now?” Stoddart mumbled, “I think I’m alright.”