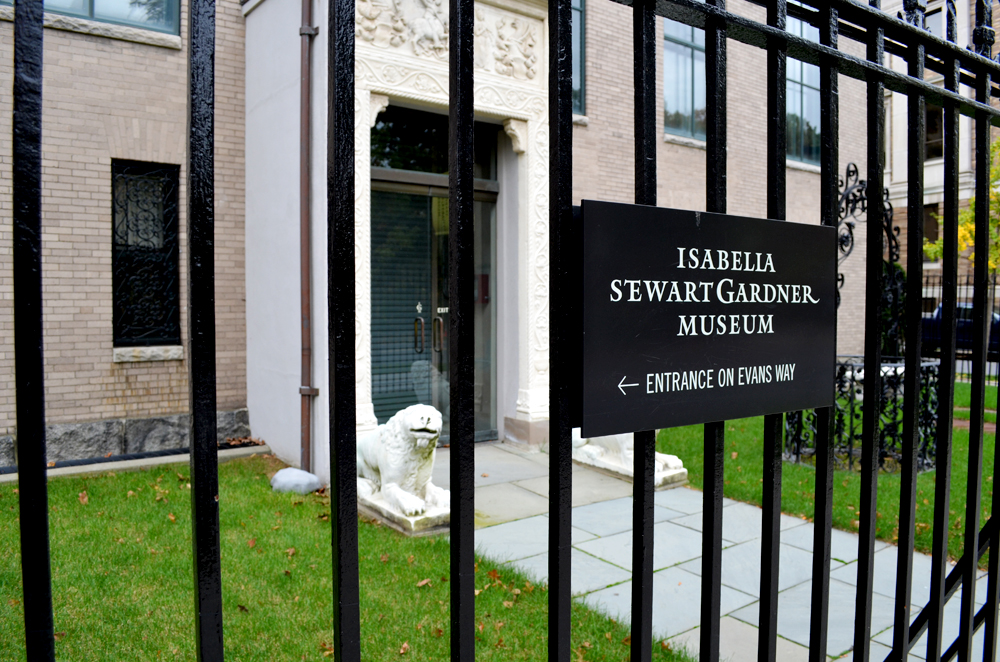 Giovanni Bellini, Rembrandt, Giorgio Vasari, and hundreds of other masters of artistic expression fill the exhibits; classical music and jazz ring from the concert hall; a lush garden suffuses the courtyard with verdant life of the Isabella Stewart Gardner Museum —this is just in one of the two museums where Emerson students now get free access.

Emerson joined other Boston-area colleges last week when it became a member of both the Institute of Contemporary Art and the Isabella Stewart Gardner Museum. The membership allows students to visit either site without paying for admission, as long as they show an Emerson IDs. While all students have unlimited free access, faculty must pay a small fee at the Gardner Museum to gain entrance.

The development coordinator for the ICA, Whitney Lesse, said that Emerson initiated a conversation with the museum after finding information about university memberships on its website.

According to Lance Briseois, the membership manager for the Gardner Museum, the program was a natural result of the sheer volume of higher learning in the area, particularly schools with artistic focuses. Emerson is one place where that manifests.

The sleek, minimalist decor of the ICA allows for visitors to focus solely on the wide variety of contemporary art displayed in the building. Using floor to ceiling windows throughout, the gallery gives different perspectives of the neighboring waterfront as patrons walk from Os Gemeos murals to Dianna Molzan paintings.

Other schools, including Emmanuel College and the Massachusetts College of Art and Design, had university memberships earlier due to their proximity to the Gardner Museum, according to Briseois. With the opening of a new wing in January, he said that the museum wanted to reach out to other universities in the area.

“Emerson is one of the leading schools in the city,” said Briseois. “So we said, ‘Why don’t we have a partnership with them?’”

The partnerships have a notable impact on attendance for both cultural repositories, leading to a great return on university numbers, according to Lesse.

Renée Safir, a senior visual and media arts major, said she is excited for the availability of the museums.

“I think it’s worthwhile; I mean, students always need free stuff, so it’s a good opportunity,” said Safir. “And I guess that if your parents come to town, that’s another thing you could take them to, to show them Boston.”

The opening isn’t only for art aficionados. Michael Dusack, the Media Relations Manager for the Gardner Museum, said that students often come in to relax, study, or sketch in the courtyard at the center of the building.

The garden of the Gardner museum allows for students to step into a Venetian villa for a while, providing for a place to complete their homework by the stone benches and Arabesque windows.

Visitors from member universities also benefit from discounted food and merchandise at the ICA, and member rate pricing when buying tickets to performances and films, according to Matthew Finn, coordinator of faculty services in the Academic Affairs office.

Both locations also offer lectures and performances from artists and speakers. Gardner After Hours is a social event for patrons over 21 that takes place the third Thursday of each month; the ICA’s equivalent is called First Fridays, and happens on the first Friday of each month.

Membership is available to all colleges in the area from both institutions, according to both Lesse and Briseois. Schools in the area pay an undisclosed lump sum for unlimited access to the Gardner Museum and ICA; for the latter, the cost is based on enrollment, according to Lesse.

On Nov. 15, the exhibition This Will Have Been: Art, Love & Politics in the 1980s, exploring the diversity of art created during the 80s, will be shown at the ICA. In December, Ragnar Kjartansson and Mickalene Thomas’ work will also be exhibited.