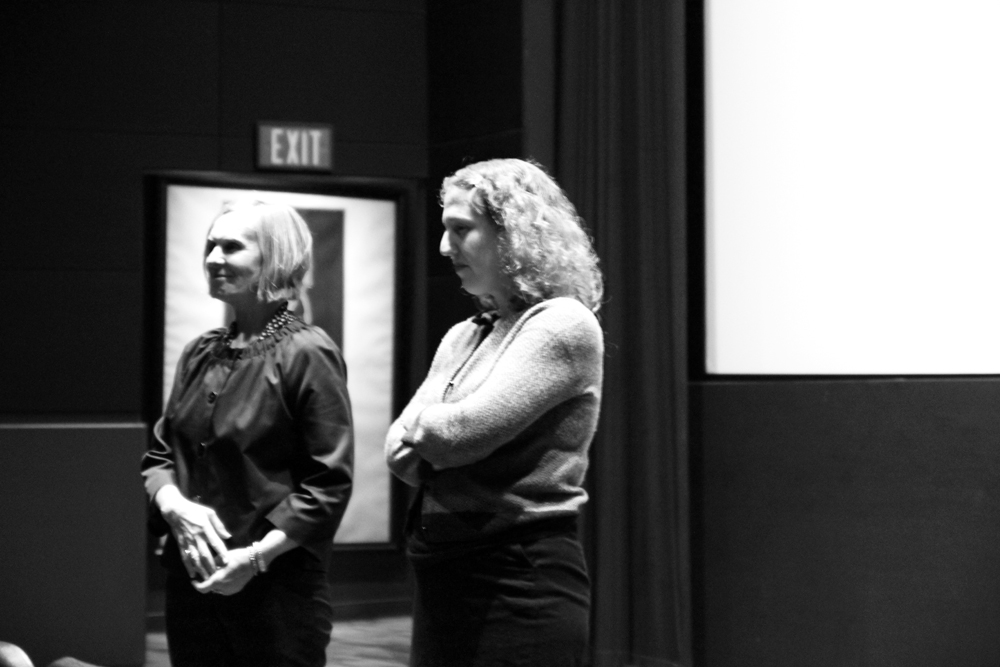 Hand greased with Cheetos, one orange cheese - covered finger likes  a Facebook post, while the other four digits work the remote, controlling the channels as they whiz by on the blaring screen.

Although a possibly exaggerated description of today’s youth, this picture doesn’t stray far from how Americans choose to spend their time. Since the possibility of fresh air and a healthy body weight takes more effort than adding songs to one’s Spotify, more people are turning to Jerry Springer and Wendy’s for relaxation in the 21st century.

Urban Odyssey, a 45-minute documentary by Emerson alum Maryanne Galvin, was showcased in the Bright Family Screening Room on Oct. 2nd. The movie follows six people, three teens and three retirees, as they team up to create a “green” project and ask the question, “Why are we spending so much time inside?” Funded both by sponsors and through Kickstarter, the film has been screened at film festivals in Boulder, Colo. and Mumbai, India and is planned to be shown in Costa Rica and Vancouver in the coming months.

Galvin originally came up with the idea after realizing the modern migration from green meadows to the bright glare of the backlit screen. She decided to create something to battle this trend, by examining what is missed when people trade the autumn breeze for a ceiling fan.

She began filming in September 2010 after extensive research. During her investigation, Galvin came across two groups, The Habitat Intergenerational Program (HIP) in Belmont and teen ambassadors that worked with the Boston Nature Center in Mattapan.

“I really wanted to do a film about local groups that really aimed at getting young kids outdoors,” Galvin said.

Although generations separated the groups, both shared a passion for the natural world.

In a series of split screens and long shots of the Boston Harbor, the picture  expresses a longing for days of yore.

Galvin blames video games, computers and the parental fear of “stranger danger” for handcuffing 21st century children to their couches. She argues that nature is no longer seen as a sanctuary, which she believes will lead to the detriment of both the environment and humanity.

“It’s really easy to get lured inside. And it’s so easy to entertain yourself and easy to forget there’s a whole other world,” said Galvin.

In interviews with the members of the group, Galvin presented the stark difference between how the old and young grew up.

Solomon, Sharp, and DeAngelis shared stories about the importance the outdoors played in their childhoods between picnics and baseball games, which they contrasted to the drawbacks of living in an urban environment  The Boston Nature Center provided a sanctuary for each of the students. Saunders in particular became involved with the center in order to find a quiet place to step away from the violence of his Mattapan neighborhood. Corigliano became a teen ambassador after he realized the amount of time he spent in front of a screen.

“I fell in a rut between 10 and 15 years old. I realized I spent hours in front of the television screen or playing video games,” he said.

When the groups met, Galvin turned on her camera and let the meeting unfold organically, observing from afar.

“I was always a nervous wreck the whole time,” said Galvin. “I would wonder, ‘Would they be sitting there eating bagels and laughing or would it be silent and nothing happen’. There easily could have been no movie if they didn’t work together.”

After meeting throughout the winter, limitations in time and money prevented many ideas from becoming reality. By spring the assembly came up with the concept for the “Mystery Boxes.”

The boxes were birdhouses that would be placed throughout the Belmont Sanctuary nature trails. On the exterior of the houses were questions relating to birds or the environment.

Though lighter in subject than Gavin’s previous films like Interrogate This: Psychologists Take On Terror and Thanatos Rx: The Death Penalty Debate in America, she found the experience eye - opening as well.

“I’m a runner, and that’s always been my way to stay in touch with nature,” said  Galvin. “I never slowed down enough to do bird watching or any of that. There are so many other ways to get involved outside,” said Galvin.