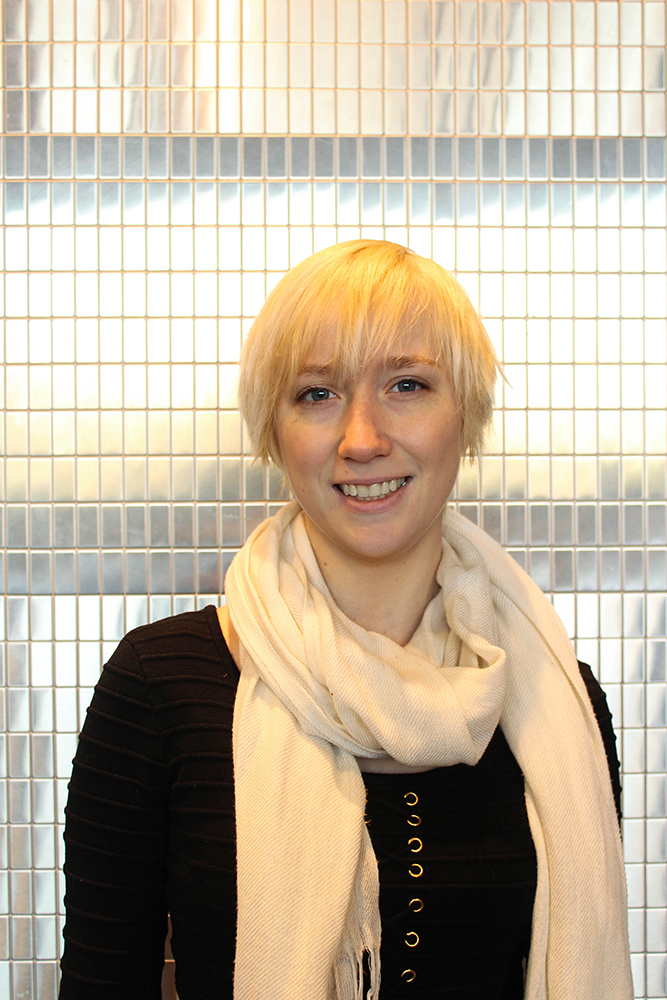 Allison Rassmann recently invited her parents to an upcoming magazine launch party, but the senior writing, literature and publishing major is hiding a secret from her family. The Tuesday "launch" at the Bill Bordy Theater is actually for her first published book, Under Floorboards, Under Skin.

Projections transform Little Building into a work of art

Eerie music, a growing crowd, a mysterious countdown projected onto the Little Building—it was almost a dystopian scene on Boston Common Friday night.

These are the artists I find most interesting: the ones who filter their own vision through a specific regional tradition to create something both familiar and new.

Anna Feder, the curator of the Bright Lights film series, screened The Death and Life of Marsha P. Johnson on Tuesday despite allegations of plagiarism against the film's director. The award-winning Netflix documentary is about Johnson, an African-American gay rights activist, drag queen, and prominent figure of the 1969 Stonewall Riots.

The Wolff Sisters hunt for spot at music festival

Last weekend, senior Kat Wolff and her band the Wolff Sisters and the Last Cavalry started recording their first album with a goal in mind: to perform in front of audiences across the country and to land a spot at the Newport Folk Festival in Rhode Island.

ArtsEmerson's student actors: To pay, or not to pay?

Kiss, a play produced by ArtsEmerson, features over 20 Emerson student actors, designers, and managers. But the play also includes one professional actress. An audition notice posted on Broadway World listed her pay as $568 a week. All the students involved with Kiss are working unpaid.

Speaking with the Beacon, Friedman discussed beginning her career as an anti-rape activist, holding Emerson administration accountable, and kickstarting change in the Trump era.

Minimalist music: Folk as an antidote to maximalism

In a world that encourages us to constantly work ourselves at maximum speed, Shannon Lay’s exhortation to embrace life’s small moments of beauty and Florist’s message of honest but hopeful reassurance remind me to slow down, breathe, and take a quiet moment for myself.

After a two-year hiatus, Artful Comics’ print publication is making a comeback. The organization’s executive board, headed by president Rachael Marks, is reviving the organization this semester.

Combine Live with Kelly and Ryan with The X-Files and you get Signs of Life, a parody talk show created by senior Arden Jurskis. The show will air on Somerville Community Access Television.

Grant-winning board game advocates for women in politics

Feminism might not be a common theme of family game night, but graduate student Jessica Weaver and undergraduate senior Beverly Bates are trying to change that. Last month, the duo won the 2017 Feminism in Action Grant to pilot 2121, a board game designed to encourage young women to run for political office.