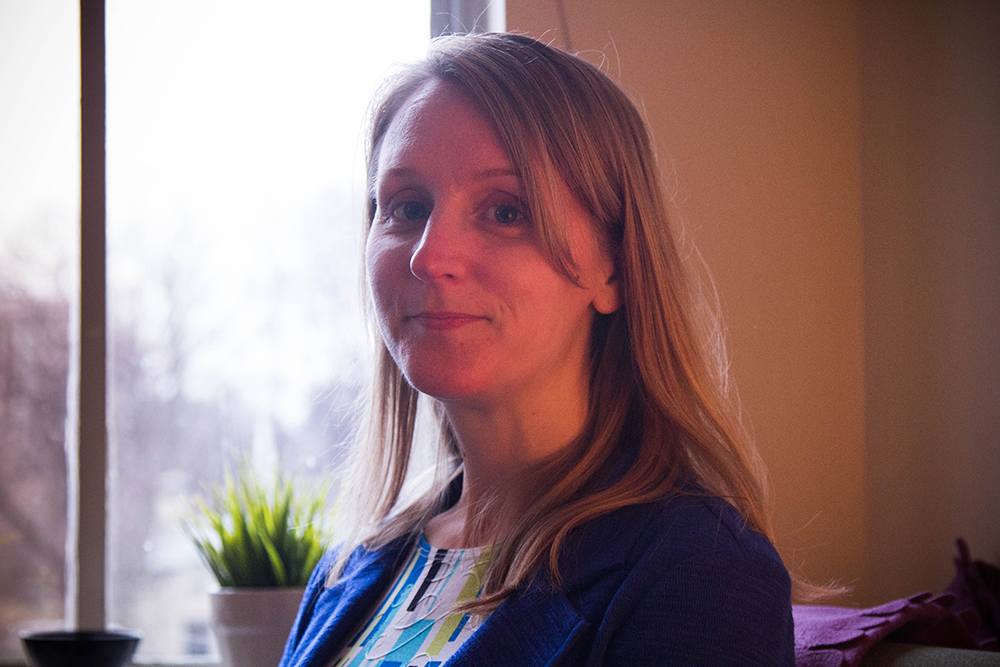 Melanie Matson, Emerson’s director of Violence Prevention and Response, will speak at the NEWMAC conference-wide Student-Athlete Advisory Committee meeting this spring, showcasing the work her office has completed with Lions athletes over the past year.

Senior men’s basketball guard Jared Kortsen, a marketing communication major, is a representative from Emerson’s branch to the NEWMAC SAAC. He said the conference’s spring meeting on April 9 will focus on diversity and inclusion.

Matson said she hopes her presentation will expand on existing policies and programs at other local Division III colleges, and plant new seeds that student-athletes can bring back to their campuses.

Kortsen, also the vice chairman of the programming committee for the entire NEWMAC body, said he’s looking forward to sharing Emerson’s progress with other schools, and getting a taste of initiatives on other campuses. All schools in the conference can send representatives.

“It’s great talking with other schools, because with Emerson, we talk within each other’s teams about what we do, and what our situations are,” Kortsen said. “But it’s great hearing what MIT does, [or] WPI...and [seeing] how they tackle these issues.”

“We are trying to make sure that whatever message we’re sending is consistent with the school’s, so going through VPR is our way of doing that,” Egizi said. “We’re lucky enough to have a group like VPR that can personalize the workshops and be on campus every day, if students need anything.”

Matson said she piloted VPR’s “Emerson STANDS” workshop with a small group of athletes last spring, and used their feedback to create a beefed up version this fall for most SAAC members. Matson said the workshop runs through scenarios, discusses power and control in relationships, and introduces three “C’s” for bystander intervention: confronting the situation directly, causing a distraction, or contacting others for help and support.

Matson, who was hired by Emerson in 2014, said the ability to speak to a group of athletes that features representatives from different teams helps VPR’s message spread to the entire body of varsity players.

Matson said she’d eventually like to set up workshops with each team, and also conduct a seminar with coaches, trainers, and athletic staff.

Kortsen said he will also address the NEWMAC gathering about the You Can Play night that Emerson’s basketball teams were planning to host on Feb. 8. The temporary closure of the gym canceled those plans, but the athletic department is looking to reschedule the event once the gym is reopened or during a future game at Rotch Playground and Field. The You Can Play night would highlight inclusion in sports.