30 under 30: Full-time athletes take time off for future 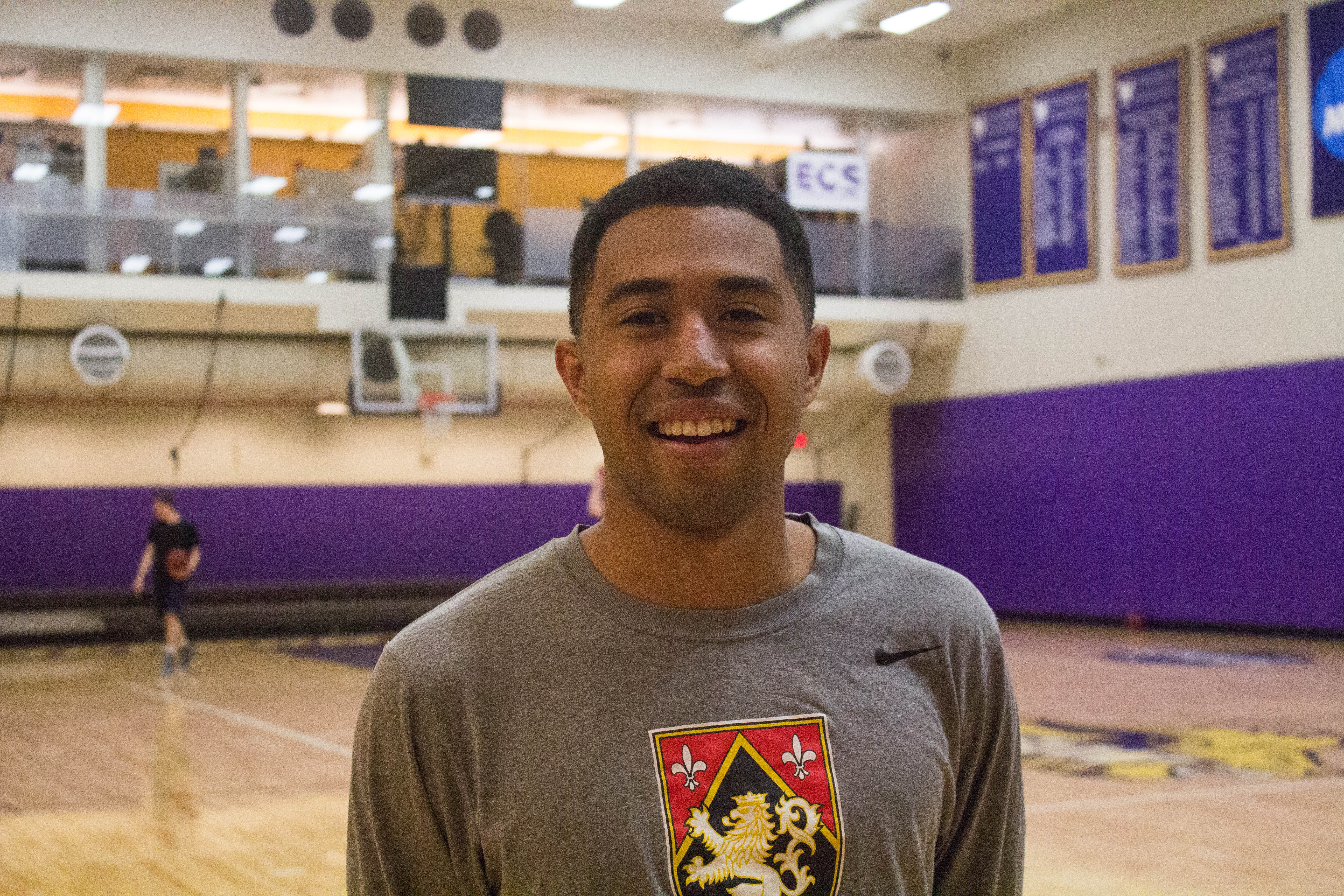 They are two of the 100 Emerson students attending the Forbes 30 Under 30 Summit starting Oct. 16 at City Hall Plaza.

Since 2011, Forbes Magazine has hosted the annual Forbes 30 Under 30 Summit, which recognizes promising young entrepreneurs that are breaking ground in their field.

Emerson students were notified about the opportunity to attend the event over the summer in an email sent out by the Office of Campus Life.

“It seemed like a great opportunity was being put out for us…there wasn’t a choice in mind, it was clear that I needed to apply and do it and see what happened,” Reid, a senior right side hitter on the volleyball team, said.

A ticket to the event costs $595, but Emerson students have the opportunity to attend the event for free.

Both athletes said they believed there would be fierce competition among students who applied.

“I assumed that everyone was going to try and do it and that they were going to have a really rigorous selection,” Sheng, who plays point guard for the men’s basketball team, said. “I’m just thankful that I have the chance to go.”

The four day event is complete with an Under 30 village, a kick-off party, idea hubs, and a private music festival featuring Jason Derulo and Halsey.

“I’m going to try to do everything because if I’m getting the free pass, why not?” Sheng said.

Reid and Sheng will miss practices and classes, but Reid said their experiences as student-athletes have taught them how to effectively manage their time.

“My teachers have been really helpful, but at the same time part of being a grown-up is understanding that you have to make some sacrifices too, to do the things that you prioritized,” Reid said. She has to take her midterm a week early to attend the event.

A huge factor in balancing academics and athletics is conversation, Sheng said.

“Communication [is important], just talking to my teachers and my coaches.” Sheng said. They all understand how big the event is and how big of an opportunity the event is.”

Reid expressed the importance of deciding in advance how to plan for school and sports.

“I have to miss practices because of the summit, but I had to choose the summit because I could get experience and contacts there that could help me in the rest of my career, and not just my volleyball career, which is unfortunately ending in a couple months,” Reid said.

The events throughout the four days culminate in four themed stages: Tech, Impact, Capital and Create.

Sheng and Reid both chose to attend the Create stage, which is targeted at those interested in media, entertainment, marketing, sports, and music. The stage is hosted by Harvard Business School.

Sharapova tested positive for the newly banned substance, meldonium on June 29 after her loss to Serena Williams in the quarterfinals of the Australian Open. Since then her two year ban has been cut to 15 months by the Court of Arbitration for Sport allowing her to return to the pro tour in April of 2017.

“She just went through a major crisis in her career, and I thought her public relations was really impeccable,” Reid said.

Sheng, who is more interested in the music and entertainment side of the stage, said he is looking forward to the opening performance by Hamilton star Anthony Ramos.

“I am studying film, so I want to write and direct a future film,” Sheng, a visual and media arts major, said. “Also, I eventually want to start a charter school, and there is a lady in the 30 Under 30 who started a charter school, and it would just be cool to meet with her and see what the process is.”

Although the summit is a resume free event, Sheng and Reid agreed it is a huge opportunity to learn about starting a company and successfully breaking into their fields of interest from experienced millennials.

“It’s just a chance for you to listen to people who are currently in the business, who are the top at what they do,” Sheng said. “Everyone is just super successful there, so just gain whatever tips I can.”

As a senior, Reid views the event as an opportunity to network and ask questions to help her better prepare for potential job interviews after she graduates.

“To quantify it, I would like to have 10 to 15 new contacts that I feel like I could have a symbiotic relationship with, so I could help them in some way with their careers and they could help me in some way with mine, because networking is really my main goal,” Reid said. “I’m just really excited. I would suggest that if an opportunity like this ever comes up again, for as many people to apply as possible.”