And ultimately, we are endorsing Secretary Clinton because, as she said, “It really does come down to what kind of country we are going to have.”

In an attempt to comprehend, we detach ourselves from the lives that we seek to avenge.

The state of the world presents a new job market and activism opportunities for Emerson students.

We’re setting ourselves up for failure if we don’t pay close attention to language and semantics, both in the classroom and in the real world.

Diversity to disillusionment: The transfer experience

The deck of cards seemed to be stacked even higher against the transfer student of color.

Indigenous inclusivity: turning the tide on the Columbus legacy

By rethinking how we name this day, our institution can demonstrate its respect for the perspectives of indigenous citizens, both within and outside of our academic community.

Presenting these models with dreadlocks takes a marginalized group’s culture and turns it into a fad without knowing, understanding, or having lived the group’s history.

Bylines and books: literature in the long term

Face it—not everyone wants to carry around a newspaper everywhere they go.

Our generation holds the cards: deal us in to democracy

No matter whom one votes for, this election will usher in a term of change.

We must fight to ensure that underrepresented people in this country not only speak but are heard.

Comedy with a cause: humor in the realm of social justice

There is a difference between comedy based on individualistic pain and systemic pain.

The perception of Boston as a boring city likely has a profound effect on retention of recent grads as the actual late night entertainment options that exist.

Our social media saturated world has forced us to shift the ways in which we define civic engagement.

Living through a lens: a fractured view of American life

The media I was exposed to portrays life here in extremes, but day-to-day life is somewhere in the middle. 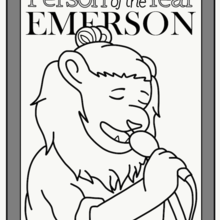