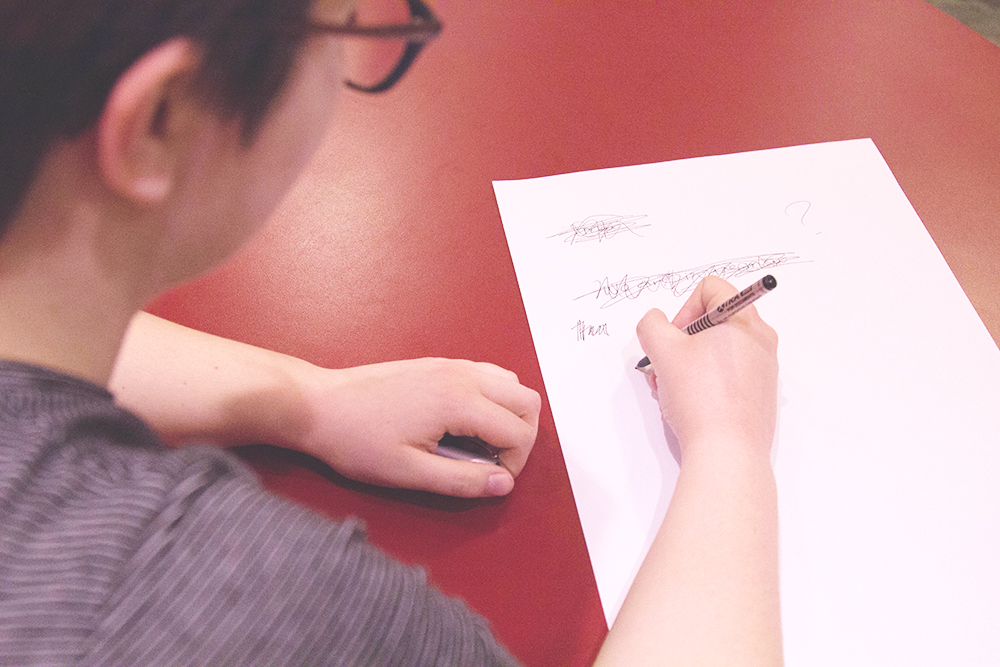 It doesn’t take someone standing at the Tremont-Boylston intersection in between classes to see that this campus is constantly in motion. As students, we’re often so busy that we’re more committed to our Google calendars than returning our loved ones’ texts. This non-stop movement can leave us distraught when we must deal with an extra burden, such as our current political climate. But with the surge in tension surrounding human rights and liberties, it is imperative for us as innovators to address where we are putting our focus and energy.

We attend one of the most creative and progressive campuses in the country, and one of our first priorities is diversity and inclusion. We have an environment for creative people to thrive where they might not find that community elsewhere. Further, this environment strives to discuss difficult social issues and spread awareness on matters of oppression.

Equality might seem unachievable, but it is a crucial goal to work toward. Desegregated bathrooms and same-sex marriage seemed like fantasies until they were fought for and became a reality. We are in a community that can activate this kind of monumental change.

We rallied a group to protest the day after the 2017 inauguration in Washington D.C. that involved a total of 14 hours of sitting on a bus. We marched with nearly one million other people who believed that there is something wrong with our country that needs to be recognized. We held protest signs and chanted and demanded that our voices would be heard. We felt mobilized in that moment, and now we continue to speak out against injustice and hate as often as we can. We are collaborators as much as we are innovators, which means it is our community at the forefront of these creative industries. Therefore, we need to create a kind of movement that activates political change in our fields and beyond.

Our personal choices are political, whether we intend for them to be or not. There are real injustices being inflicted upon real people, and now is not the time to be indifferent. Although society is full of problems, nothing will improve unless we actively stand up for what is right. It is our duty to mobilize against our country’s corruption. We need to make this change a priority in our schedules and congregate with each other in order to make positive contributions to our world.

I propose starting a coalition of our own to strengthen and strategize for issues that matter to us—for me, this is queer activism, but everyone has different causes that are important to them. I encourage you to join me or pursue what motivates you. This can entail integrating issues of social importance into the projects we work on, attending rallies and protests, or planning meetings to discuss how we can make an even larger impact. By committing ourselves to a cause, we root ourselves into a shared goal that we are passionate about. It is imperative that we don’t accept our world as it is. As young people, we have more time than anyone else to make the world what we want. We need to constantly improve the lives of everyone, and we can combine our skills to ensure that happens.

Get informed and get involved

Politics was never my thing. I come from a privileged white family,  so I got away with being disinterested. I wasn’t oblivious, I knew what was going on, but I didn’t feel the need to be involved. In high school, I didn’t identify as part of a certain political group, and I didn’t even want to vote in this past election—that’s how apathetic I was about the political sphere. I didn’t get involved in politics until I heard someone say, “If you aren’t opposing the oppressor, you are supporting them.”

I was always a happy-go-lucky type of gal, but being associated with negativity and hate made me realize how irresponsibly passive I’d let myself become. After Trump was elected in November, I went to the first march down Boylston Street. I wasn’t there for the right reasons, though—I was there because I my friends went and I wanted to support them.

Slowly, when I actually learned about today’s issues through my college courses, I started caring about politics and realized which political platforms I supported and which ones I didn’t. I realized that much of my lack of care derived from how little I actually knew about our government. Other than the general knowledge I had from high school, I didn’t actually understand the crucial importance of our government, and it wasn’t until I took the time to learn its purpose that I realized how much I actually did care and wanted to be involved.

It felt right to finally be a part of this important conversation, to be actively engaged. My favorite thing about forming an interest in politics was being able to form my own beliefs—they were mine.

Being a student at Emerson has given me the power and support from other students to act on these newfound political beliefs, starting right here on campus. As students, we are committed to improving our school to make it as inclusive and as welcoming an environment as possible for people from all walks of life.

When asked what comes next, I can’t say that my answer is correct, but I know it’s a step in the right direction. What I can say is that students cannot give up hope in a better future. Although discrimination and inequality have long been issues in our country, we cannot let this year’s political chaos allow us to succumb to these major flaws. Rather, we should do our best to let it fuel our rage and motivate our fight for change. Therefore, I think that much of what we can expect to happen next will rely on our willingness to move forward and continually remain informed. Most importantly we can formulate our own beliefs instead of echoing others.