Self-care is more than a trend 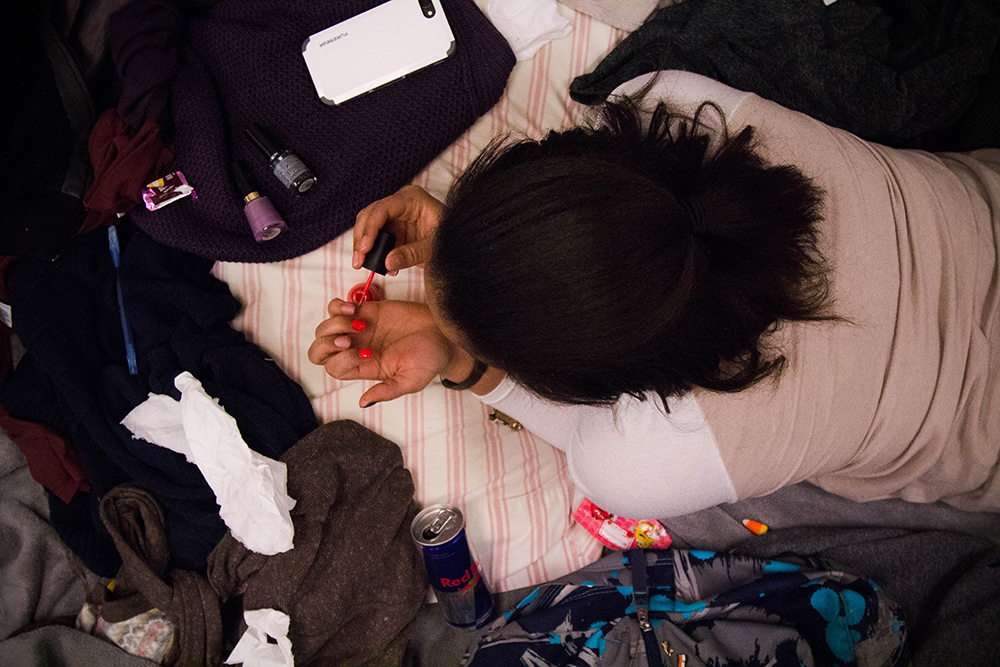 I stumbled across yet another self-care comic while scrolling through Tumblr the other day. Titled “50 Ways to Take a Break,” it features illustrations of candles, bubble baths, tea, and nature.  Underneath was the user’s caption: “Practice self-care!!!” It was nothing new, but after seeing this phrase recycled hundreds of times over my Facebook and Tumblr feeds, I couldn’t help but roll my eyes.

Tumblr was hip to the trend of self-care long before the rest of the internet. That’s not entirely surprising for a corner of the internet that bonds, in part, over shared mental illness.

In recent years, the self-care conversation has become much trendier. According to Google trends, the term “self-care” is at peak popularity in the United States––more than twice as popular as it was in 2013. It became less about mental illness, and more about a cute expression of introverted pleasure for the greater population.

I’m not saying people with mental illness are the only people who deserve self-care, especially in the light of the recent political climate. It’s more important now than ever. But while self-care means different things to different people, the message of “you can and should take care of yourself” fades into the background as self-care becomes a more packaged Instagrammable ideal. As the conversation becomes more one note and less nuanced in everyday conversation, this new version of self-care is isolating to those who can’t participate.

I was severely depressed and filled with dread and self-loathing when I was first introduced to the practice. The idea that I not only could, but should, spend time taking care of myself was revolutionary. I started to practice self-care in little ways over the past couple of years since arriving in the chaotic environment of Emerson—taking a few minutes to enjoy a cup of coffee before diving into my homework, or doing a face mask before bed.

But often, it was even simpler than that. It was going to bed at a reasonable hour instead of torturing myself over a reading assignment, or doing laundry for the first time in weeks. Depression made getting through the day hard enough, and anything that didn’t seem absolutely essential often fell to the wayside.

Self-care was one of my first steps toward self-love, which was a radical change for me. I didn’t think I was deserving of care from anyone, and being able to give that to myself was a major step in my recovery.

The comic I found on Tumblr had some good advice––meditation, guided relaxation, or talking to a friend. But in other ways, it seemed a little tone-deaf. Advice like “notice your body” or “take deep belly breaths” can trigger people with eating disorders. For people without much money, tips like “view some art” or “go to a farmer’s market” can induce anxiety rather than resolve it. And being “one with nature” can be difficult for those with sensory or germ-related difficulties.

Obviously, these practices can be beneficial for some people with mental illness, because everyone’s experience is different. And just because someone doesn’t fit the stereotypical image of mentally ill, or isn’t mentally ill, doesn’t mean they don’t deserve to indulge as well. But making self-care one-size-fits-all does a disservice to just about everyone.

Bubble baths are nice in theory, but because of my Obsessive Compulsive Disorder, the idea of lying down in a tub makes my entire body tighten up in fear. And when depression has kept me from doing the dishes for weeks, a cup of tea is going to do nothing besides remind me of my failures.

I have heard this sentiment repeated from friends and strangers on the internet who have had similar experiences. The self-care tips distributed online are often expensive, and more helpful in perfecting a Pinterest aesthetic than taking care of yourself. It’s great to share that you’re doing so and can encourage others to do the same. But if your primary intent in doing so is getting likes, you can hurt others in the process who want to participate but can’t.

It took me a long time to define self-care in my own terms. Even though my mental illness has significantly improved in the past few years, it’s still present. Self-care functions differently for me, and other people with mental illness, than it does for neurotypical people, or those who don’t have a mental illness. There is no cure-all for surviving through difficult times.

For me, self-care sometimes means taking a sleeping pill so my anxiety doesn’t keep me up all night, or preparing food for the week so I don’t survive off of takeout alone. Other times, I’ll follow the advice of a recent Buzzfeed article and cozy up in bed with Netflix and desserts, but it depends on the day and what my brain can actually handle.

Social media introduced me to the concept of self-care, and I will always be grateful for that. Learning to love myself is an ongoing journey, and self-care was an important part of getting there. But social media should not dictate how self-care functions. Self-care’s meaning has been distorted so much that it’s often no longer relatable or even attainable.

Creating listicles doesn’t open conversation, and we need to acknowledge that self-care is more nuanced than a Tumblr post to move forward. It’s okay to enjoy the more glamorous side of self-care, but we also have to recognize that for those with a mental illness there’s more to it than that. We should encourage self-care, but encourage everyone to find what that means for them.