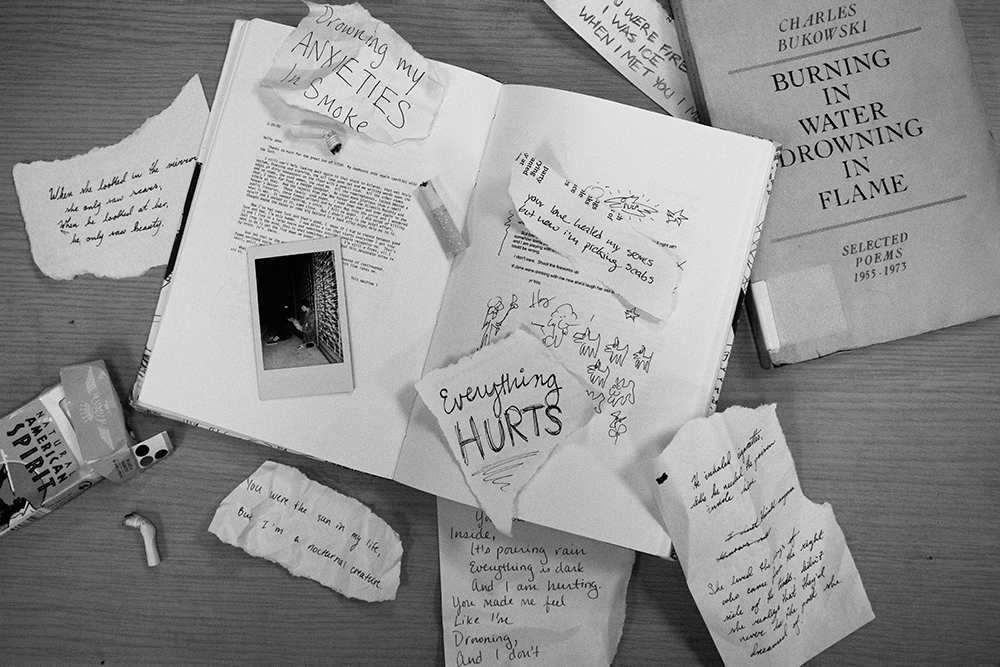 When I was first diagnosed with depression in middle school, there was a time during which I sought harmful images on sites like Tumblr as a way to glorify my own mental illness. Though I wrote poetry to help channel my emotions, I still felt myself drawn to these posts. Line drawings and terse lines of poetry that portrayed depression as something enviable, as a sort of stoic beauty, had an inexplicable hold over me. At that time, I hadn’t learned to approach my mental illness in a healthy way, and so it seemed to me that the only way to validate my depression was to romanticize it.

It’s not hard to find accounts that promote these damaging attitudes toward mental health. Instagram poetry accounts promoting negative self image are numerous, and unhealthy tags on Tumblr have grown so prolific that searching a term like “depression” brings up a crisis hotline. It is precisely this availability that is so dangerous for young people. The romanticization of mental health, particularly on social media platforms, deters young people from seeking proper treatment.

College counseling centers have long grappled with the stigmatization of mental illness. Besides seeking measures to improve counseling services for students, many schools are having difficulty just getting students to show up. According to surveys conducted by counseling centers, 41.6 percent of college students suffer from anxiety, and 36.4 percent suffer from depression. This is huge, in comparison to the general adult population, where 18.1 percent of people are diagnosed with anxiety and 6.7 percent with depression. In order to get students to actually seek treatment for their mental health issues, it is necessary to dismantle the toxic culture surrounding mental health on social media.

Mental health issues are often distorted into something “aesthetically pleasing.” Social media, particularly on platforms such as Twitter and Tumblr, glorifies mental health disorders—predominantly anxiety and depression—in a way that makes them seem trendy. ”Suicidal people are just angels who want to go home” and “pretty girls don’t eat” are lines I see pop up frequently. For young people who are dealing with untreated mental health issues, such subtly destructive messages can spell disaster.

The glorification of disorders, like anxiety and depression has cultivated an environment where many perceive these clinical issues as “cute” or “beautiful.” Outside of social media, the Netflix show 13 Reasons Why, based on a best-selling YA novel, received criticism earlier this year for romanticizing suicide and depression. The main character’s suicide, shown graphically on-screen, is presented to audiences as a practical solution to mental illness and sexual trauma. In addition to the countless Instagram and Tumblr posts glamorizing the character’s depression, the search phrase “how to commit suicide” rose 26 percent following the release of the first season.

These harmful portrayals in the media create a disconnect between art that helps young people grapple with their mental health and half-baked posts that romanticize mental illness. Romanticization is not an efficient means of destigmatizing mental health disorders. The lines between real life mental health issues and their portrayals need to be more clear.

It is important to understand that mental illness is a condition that needs to be treated, and none of these broader issues can be remedied if Internet culture stops students from seeking assistance. This is a prevalent issue that contributes to the helplessness students, particularly college students, feel towards their mental illness. Romanticization does not equal awareness.