Cultivating a culture of biracial inclusion 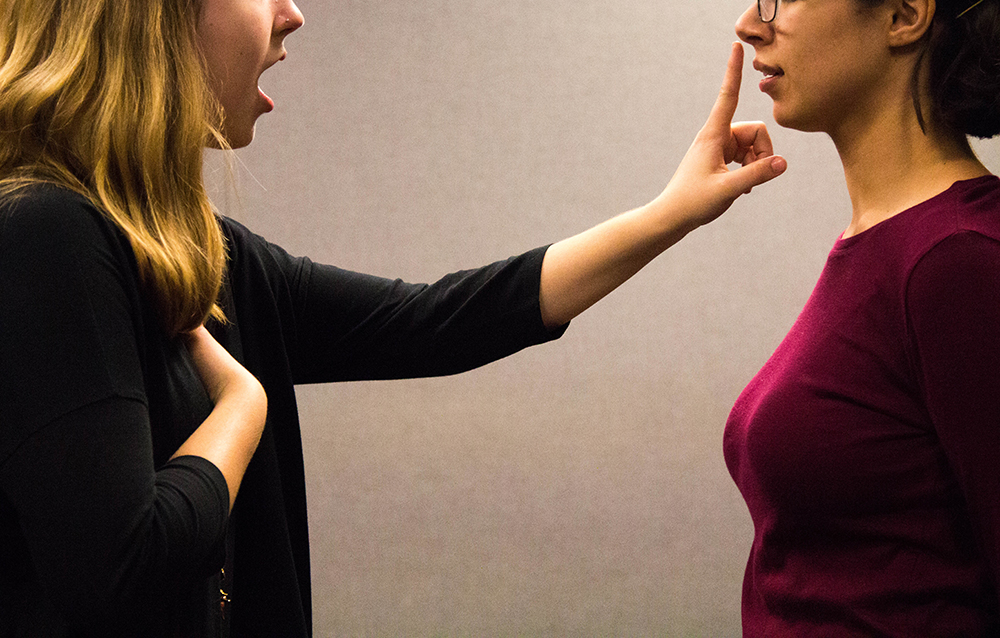 I was always told as a child that despite being half Lebanese, I should call myself white. My mother would make me check off “Caucasian” on school forms asking for racial/ethnic identity. My grandmother refused to teach me Aramaic when I begged her to let me learn. When I told my aunt I wanted to visit Beirut one day, all she could ask was, “Why?” In my family’s eyes, being Lebanese was not something to be proud of, but a label to cast off. I grew up hearing that I was white and being told to call myself white, but I didn’t see white when I looked in the mirror. I saw dark hair and olive skin in sharp contrast with my pale, blonde-haired sister.

After years of being told to deny my identity and my heritage, I arrived at Emerson finally ready to join organizations and a community that would help me feel comfortable identifying as a person of color. Upon arrival, though, I immediately felt I was not oppressed enough, not brown enough, to be a part of these organizations, even though mixed people don’t want to silence or speak for all people of color. We just want to be included in dialogue and be able to comfortably embrace our identity. But when I tried approaching organizations for students of color, I felt too white-passing to join.

The largest problem I’ve encountered at Emerson is that the dialogue surrounding identity as a person of color is often very absolute. The way we categorize each other is, for lack of a better term, very black and white, with very little room for shades of gray. There are numerous organizations on campus for students of various races and ethnicities: Emerson’s Black Organization with Natural Interests, Asian Students for Intercultural Awareness, AMIGOS, and Flawless Brown. While these organizations don’t prohibit mixed students from joining, it’s difficult to figure out whether we belong when the language of these multicultural organizations does not specify what it means to be a person of color.

But it’s hugely important to listen to the voices of multiracial Americans: a population growing three times faster than the U.S. population as a whole. With this growth in population comes a growth in voices, voices whose opinions and experiences are just as relevant as anyone else’s. The category of identifying as multiracial was only introduced in the Census Bureau in 2000. There is value in identity, and mixed people can’t win when it comes to self identification. To call ourselves people of color isn’t the same as those who face more blatant discrimination than we do, but calling ourselves white isn’t entirely true, either.

It’s taken me years to feel like I am allowed to consider myself brown, and see that as beautiful, rather than feeling like an imposter in my own community. When our language and culture of inclusion is exclusive of mixed people of color, we create divides in a movement that should be working towards unity. Erasing the narratives and experiences of multiracial people of color excludes a group that provides valid experiences and contributions to dialogue on race. Our voices and our identities are here in support, not opposition.

Racism and discrimination is not as black and white as being entirely privileged or having none at all—I know that I am privileged, but being white-passing shouldn’t invalidate my identity as a person of color. I’m tired of being stuck in the middle of inclusion. I’m not white enough, not brown enough; I’m never enough of any one thing to place myself squarely in a box. I just want a community where I don’t feel like I need to put myself in a box in order to be valid.