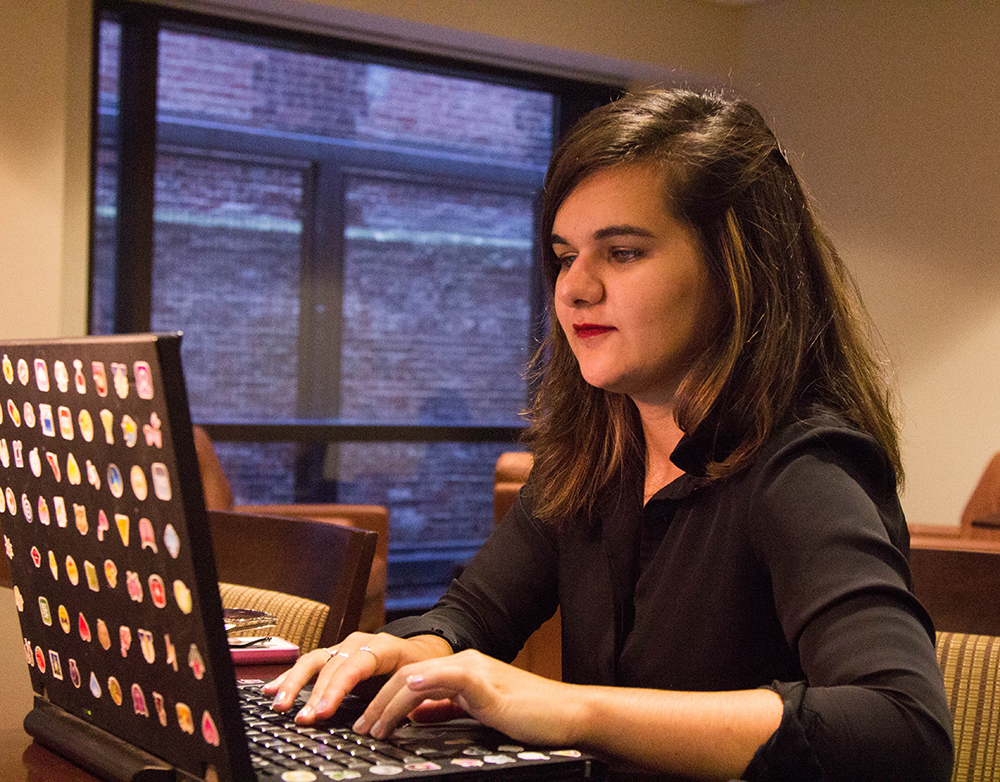 This year, instead of settling into a seat at a computer lab, freshmen journalism students pulled out their dazzling new top-of-the-line MacBooks. They’ll learn how to use video editing program Final Cut Pro X, which has been loaded onto their laptops along with the rest of their CreativityKit software. And then, they have the opportunity to continue playing with the software at 3 a.m. from their dorm rooms.

The journalism department says the required personal computer for first-year students—a $1,600 MacBook Pro—will better prepare students for their careers. They’ll have access to this cutting-edge technology at all times. But for upperclassmen who have gone through the journalism program without this privilege, myself included, it’s difficult to see what changes have been made to the program’s core curriculum to prompt such a drastic policy.

Cindy Rodriguez is teaching introductory journalism classes this semester, and said she believes the laptop specified by the CreativityKit program is an ideal machine. It’s powerful enough to run all the programs she uses in her first-year courses and the more advanced software. The freedom to hold class outside a computer lab also allows for more communication in class.

“I would rather have students sitting behind a laptop that they can close than behind the huge monitors [of the labs],” Rodriguez said.

These are definitely positives. But are they worth the financial burden placed on students who aren’t able to make this kind of investment coming into their first year of school?

Madison Mortell’s Lenovo laptop was released in 2008. She said it’s embarrassing to bring it to campus because of the noise it makes when it exerts itself, but it gets the job done.

“Yeah, I would’ve liked to have a new laptop,” the senior journalism major said. “But going into freshman year, and definitely still now, that’s not something that I’d be able to finance. I’m not at the point where I can afford a new MacBook.”

Mortell said she makes use of the computer labs to complete assignments with programs she can’t run on her laptop, like Final Cut. She’s been happy with the results.

Mal Meyer graduated in 2015 from the journalism program, and recently worked at KAWE, a TV news station in northern Minnesota. He uses both Apple and PC computers for video editing, though he said he’s never had to use his personal computer for work. He said it was the fast pace of Emerson classwork and his work on extracurricular programs that prepared him for his career—not the tech he had on hand.

Meyer had a 2011 MacBook Pro throughout his time at Emerson, though he didn’t have the Adobe Suite—which is now available to all Emerson undergrads—or Final Cut on it to complete most broadcast course assignments.

“I was paying tuition, so I was technically paying for the computers and programs available in the lab. So I was fine using those,” Meyer said. “And all of my media classes were in classrooms that already had the computers.”

In an industry that isn’t monopolized by a single operating system, it’s strange to restrict students to only Apple products. Chloe Warfford, a senior journalism major, has an Asus laptop because she prefers Windows machines.

“There are very few people who have PCs in the program, but mine always works and I always get my work done,” Warfford said.

The barriers the CreativityKit policy creates don’t warrant the luxury it may provide. Constant access to technology may be nice, but is not essential to learning the skills journalism students need to succeed in their chosen field.