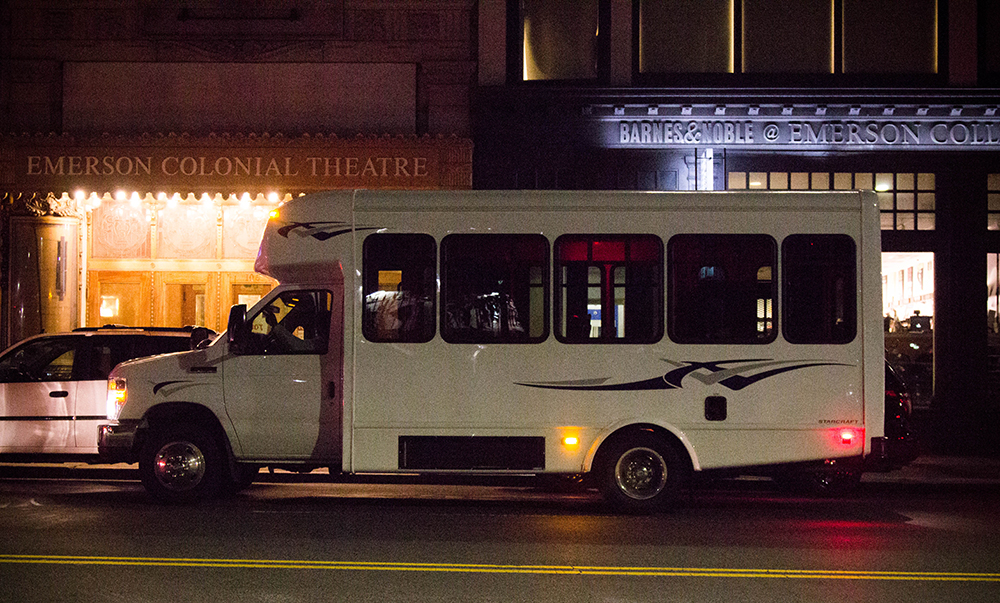 A delay that stranded one Hemenway resident for nearly two hours will bring improvements to the school's late-night shuttle service, according to Hemenway Residence Director Matthew Carney.

In a firestorm of tweets sent the morning of Sunday, Oct. 8, senior Johnnie Luna said he waited two hours for a ride home from the Hemenway shuttle, a service that provides safe transportation between the Emerson Campus Police Department and the Fenway dorm from 11 p.m. to 3 a.m.

"I started waiting around midnight and didn't get on until 2 a.m.," Luna said.

After sitting on the stationary shuttle for twenty minutes, the visual and media arts student said he decided to walk the approximately one-mile-walk back to his dorm alone. He said he did not feel unsafe walking back alone—citing his size, age, and gender.

"Two other kids got off before I got off. In the time that we were just sitting there, it could have gone, dropped us off and come back," he said. "Why advertise the shuttle if it's going to be this shitty, honestly?"

On Monday, Carney met with ECPD and Securitas Security Services USA to discuss ways of limiting delays. Moving forward, he said the shuttle would spend a maximum of five minutes at each stop before turning around and continuing its loop.

Carney said the shuttle driver, a Securitas Security Services USA employee, also serves as a relief guard for other employees on campus who require breaks during their shifts. While Carney is unsure if a guard’s break caused the lengthy Oct. 7-8 delay, he said moving forward the driver can only relieve other guards during the five minute period at each stop.

"Waiting an hour and a half to two hours [for the shuttle] is totally unacceptable," Carney said, who learned of Luna's complaints in an email chain he was included on.

Luna is skeptical if the new policy will fix the service.

"I think if that is implemented correctly that would fix the situation, but I was under the impression that that was already the policy so I guess we have to wait and see," Luna said.

ECPD Chief of Police Robert Smith, whose department oversees Securitas Security Services USA, said Wednesday that only one other issue with the shuttle has ever been reported. He could not comment on the nature of the complaint but said it was a separate incident and not connected to Luna's experience.

Smith also said the department welcomes feedback and wants to make the shuttle service the best it can be.

"This is something we are going to have for the next two years, so we want to make it as seamless and safe as possible," Smith said.

Students who experience issues with the shuttle service are encouraged to file a report with ECPD in person, over the phone, or via email.

Carney cites traffic as a possible cause for future delays, especially on weekends and during inclement weather. He also advises students who choose to walk home to do so in groups.

Editor-in-Chief Nathanael King did not edit this article.