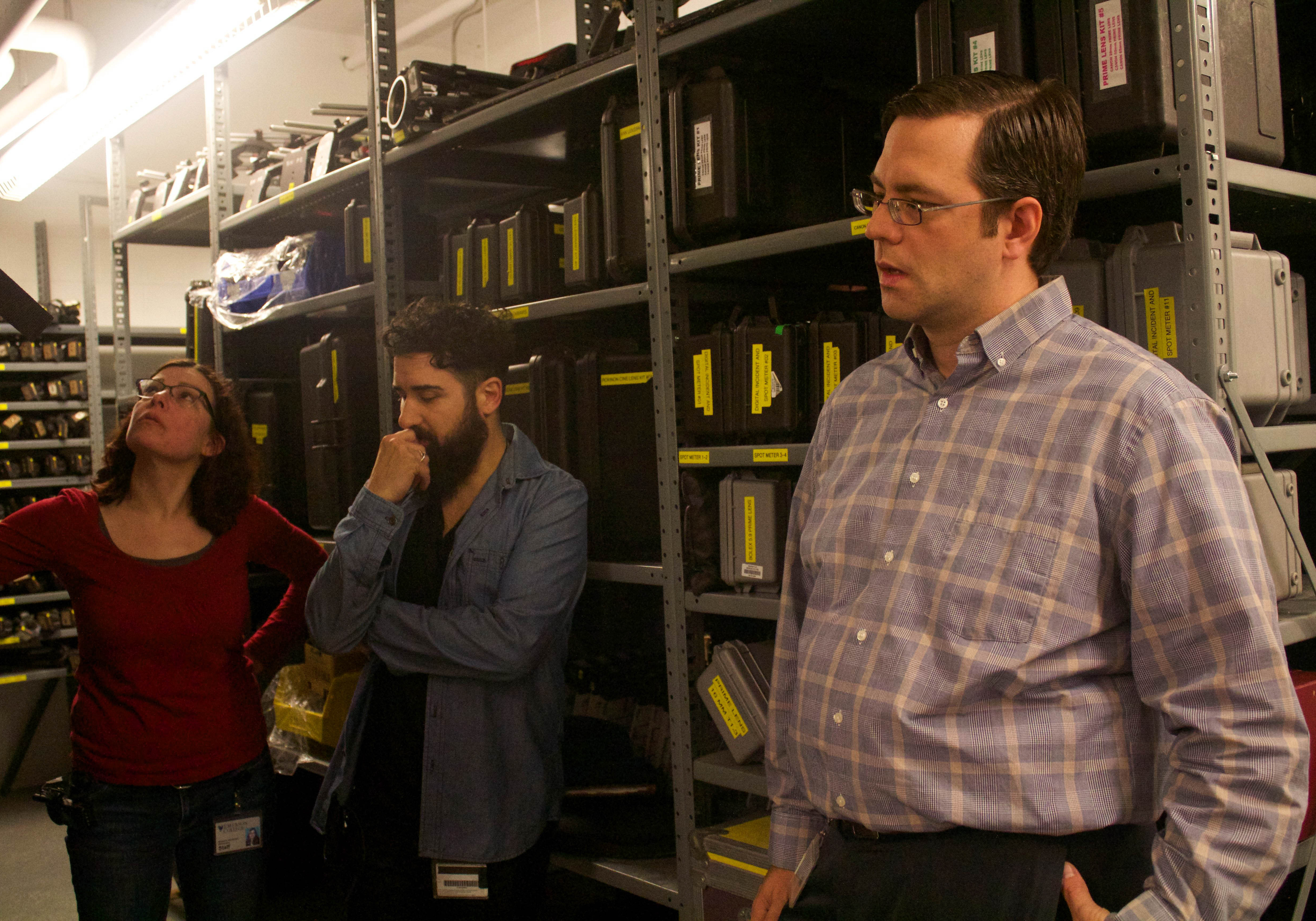 The Equipment Distribution Center employees no longer have to maneuver between crowds of students in Little Building with heavy carts full of expensive equipment.

This August, the EDC moved from the first floor of the Little Building to a leased space on Avery Street across from the Ritz-Carlton. The new space is larger and houses all components of equipment rental on two floors. Unlike the old location, where staff and equipment were spread between multiple facilities, the space is more unified, said Tim MacArthur, interim associate director of the Television, Radio, and Film Production Department.

It was decided that the EDC would move over a year ago, but equipment began to move over the last four months, MacArthur said.

“It was a huge undertaking,” MacArthur said. “Between the four full-time staff in the EDC, [myself], and the core student staff of a dozen, we systematically inventoried every piece of equipment in the EDC.”

The crew began removing equipment from circulation and packing it away for transport during the spring semester, MacArthur said. It took 20 pallets, 60 moving carts, and 7 truckloads to transfer equipment from the Little Building to Avery Street.

MacArthur said the move took place over the course of one August day. Ever since, the crew has been unpacking more than 30,000 pieces of equipment—down to every cable.

The new building’s street entrance serves smaller orders that can be carried out quickly, while the lower level has more space available for large and involved checkouts, MacArthur said.

Although the location of the EDC changed, MacArthur said the rental process only changed to become more efficient.

But the team is still adjusting to the two level operation, MacArthur said.

“There’s a lot more physical space for people to do their work,” MacArthur said. “We’ve been able to unify some pieces of equipment that used to be stored separately for specific use. Now everything is back under one roof, and we can share resources.”

The EDC used to have three locations: the main office in the Little Building, a film annex housing film and photo cameras, also in the Little Building, and a spot strictly for film equipment in the Paramount Center. Maintenance and TRF’s engineering and technical services also moved from the Walker Building to the new location at Avery Street, which expedites repair processes, said MacArthur.

Taylor Jarvis, a senior visual and media arts major who works in the EDC, said the new location is fantastic.

“Being able to store all of our gear effectively and safely is wonderful, and the new streamlined design makes [the space] feel much more legitimate,” Jarvis said.

The new space also includes two equipment demonstration rooms, used for teaching classes on how to properly use equipment, said MacArthur. He said this maximizes the availability of the equipment.

“Its eye-catching,” MacArthur said. “It's bright. It has that new building smell. But one of the big things for us was to enhance the number of workflows, and we think we’ve really accomplished that.”