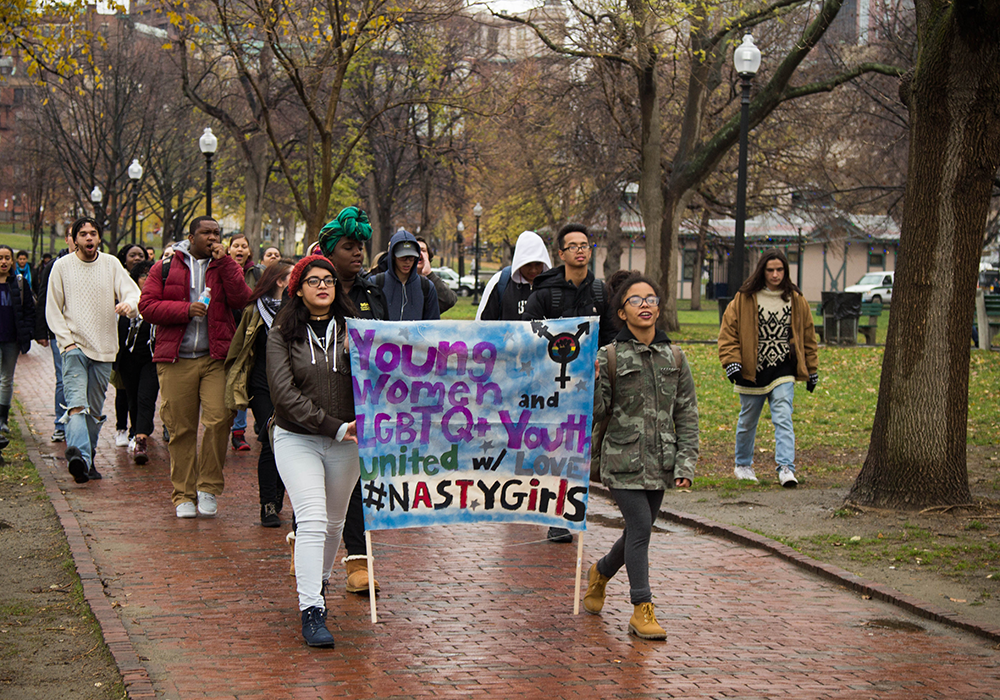 Emerson students participated in a walkout Monday organized by members of the Boston Public School system to urge Gov. Charlie Baker and Mayor Martin J. Walsh to protect interests they feel will be threatened by the Trump administration.

According to a flyer handed out during the demonstration, the protestors had a list of demands for Baker and Walsh, including:

•Protect minorities and undocumented immigrants who would be targeted by Trump’s proposed policies.

Each demand referred to institutions or groups the students believed the proposed policies of the Trump administration would have an adverse effect on, including minorities such as members of the LGBTQ community, women, and undocumented immigrants.

“It was amazing that it was organized by high school students,” Julie Moskowitz, a writing, literature, and publishing major who attended the protest, said. Other adults and college students also attended the protest to support student demonstrators, to show solidarity, or both.

The Facebook page for the walkout told participating students to leave class at 1 p.m. and meet on the Boston Common for a rally at 2 p.m.. They would then gather outside the State House at 3 p.m. and finally make their way to City Hall at 4 p.m..

After reaching City Hall, approximately 100 protesters gathered in the lobby and ascended the stairs to demand that Walsh speak with them.

Demonstrators held up signs with his office phone number and urged students to call. They also protested outside his office, jumping up and down and chanting phrases like “Whose streets? Our streets!”

After approximately an hour inside City Hall and no appearance from Walsh, the students dispersed.

In an email statement to the Beacon, Walsh said, “Every time there's an issue, students can’t walk out of school … I think that the best way of advancing causes is to stay in class and continue to get a good education.”

Michael Jones, a senior at Boston Day and Evening Academy in Roxbury, said Monday’s demonstration was meant to show that young people and minorities will not be idle after the election and are willing to petition their local politicians to make a change.