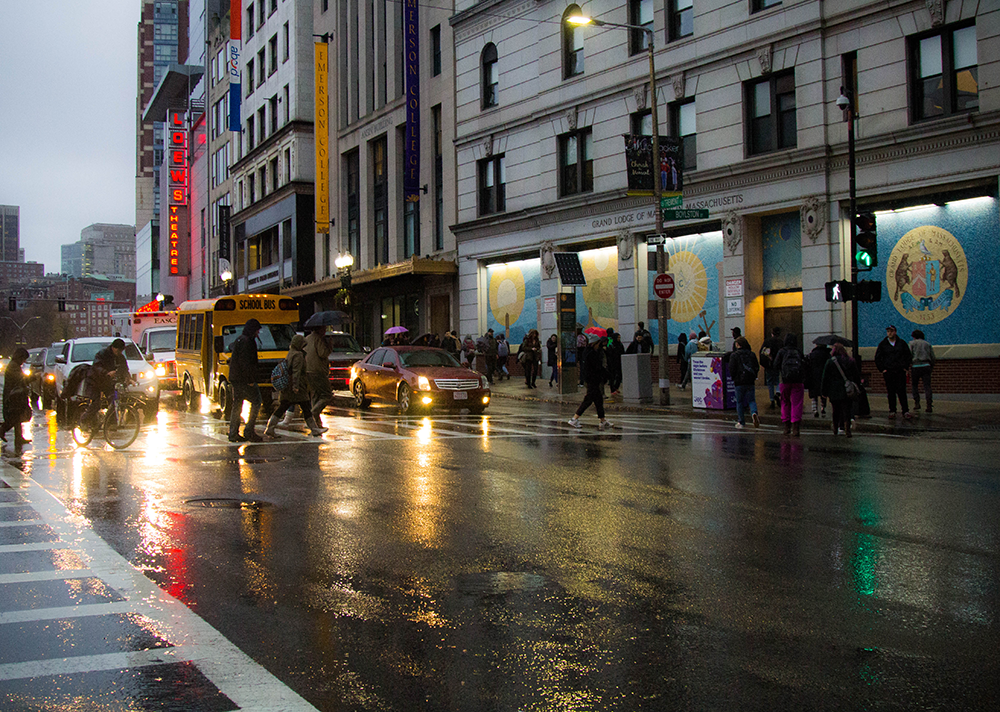 How many times have you sprinted across the Boylston-Tremont intersection because you didn’t have enough time to cross?

That was the question three students posed to members of the Emerson community as part of their research to create a civic media campaign aimed at increasing crossing time at the intersection dividing the college’s urban campus.

“The really natural thing for us to focus on,” D’Ignazio said, “was [the Boylston-Tremont] intersection.”

The petition to the Boston Transportation Department and Mayor Martin J. Walsh went live approximately two weeks ago and has 162 signatures at the time of writing.

The class partnered with the Department of Transportation and the City of Boston to solve transportation issues the city faces, D’Ignazio said.

Aijala said the class split into groups to focus on the four kinds of commuters that frequent the intersection: pedestrians, cyclists, motorists, and those using public transportation. Aijala’s group focused on pedestrians, she said.

The public transportation group started a petition to rename the Boylston stop “Emerson College,” D’Ignazio said. It currently has 380 signatures with a stated goal of 500 signatures. She said the motorist group hopes to install a sign meant to inform motorists that the intersection is part of a college campus and the cyclist group suggested playing music during the walk cycle.

“Every response we’ve gotten has been overwhelmingly positive,” Aijala said.

While D’Ignazio acknowledged that the projects might seem playful or silly, she said a great amount of research and work went into them.

She also said students conducted research and worked with institutions like the Massachusetts Department of Transportation and Vision Zero, an organization devoted to ending fatal and serious car crashes in Boston by 2030.

One of the MassDOT officials the class spoke to is Bonnie Polin, AICP, chief safety analyst of the traffic and safety engineering section of the MassDOT Highway Division. Polin said in an interview that the students’ approach, which is more artistic than MassDOT’s, would increase visibility and awareness.

“I had no idea what students were going to present,” she said. “I thought it was very interesting.”