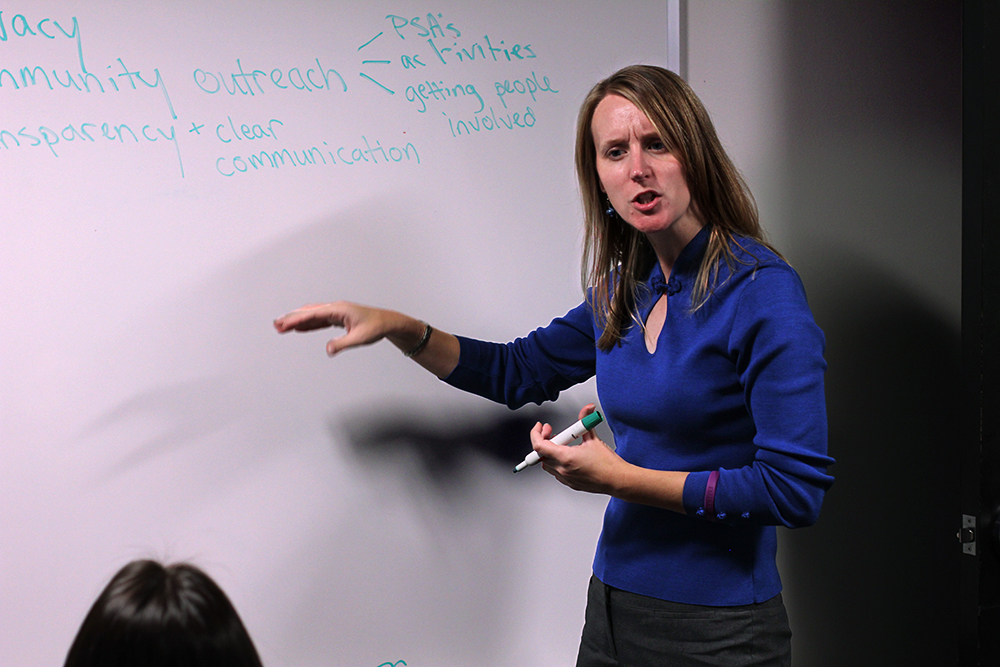 Violence Prevention and Response is launching a new initiative designed to promote on- and off-campus activities that bring awareness to sexual assault, according to Melanie Matson, the director of violence prevention and response. The initiative’s theme is Communities United Against Violence and it is the first of what VPR says will be an annual, monthlong call to awareness.

Matson, who is also a sexual assault response advocate, said VPR chose to launch the initiative during April because it coincides with National Sexual Assault Awareness Month, which is also why the theme of the initiative emphasizes “community” rather than “campus.”

“Our goals for the month would be … to bring the community together so that it doesn’t feel like one office or one student organization or one individual has to do everything, but rather that there’s community support for each other in recognizing how important this is to our campus,” Matson said.

The initiative includes a wide range of activities located on campus and around Boston, including the screening of two documentaries, the Jeans for Justice Rally, Boston Area Rape Crisis Center’s Walk for Change, and Emerald Empowerment Week sponsored by Emerson’s Kappa Gamma Chi.

Students aren’t the only ones encouraged to attend events, Maston said; faculty and alumni are also welcome.

“We’re hoping that the breadth of activities is engaging for different people,” Matson said.

Matson said VPR plans to host a similar initiative next April, but potentially with a different theme, unless Emerson community members prefer the current one.

“Each and every one of us can play a role in shaping at least a campus, but maybe even a community, that we want to be a part of,” Matson said. “And hopefully that means an inclusive, social justice-oriented, violence-free campus or community.”