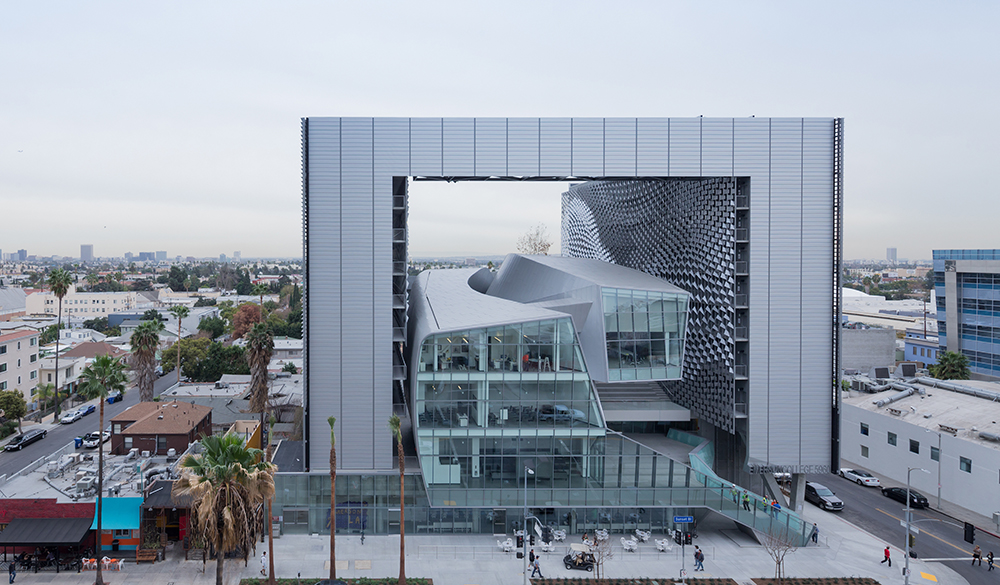 Criticisms included superfluous work, a lack of direction in the program, no career or counseling services, and not enough workforce preparation, according to Laura Martin, who completed her visual and media arts degree in December.

Inspired after completing the optional end-of-semester survey on the program, students united over Facebook posts and groups to meet with an administrator about their dissatisfactions.

Martin helped launch the online discourse by uploading her pagelong response to the ELA survey to Facebook, where it has 164 likes to date.

“It came to feel insulting that we were spending a lot of time doing what felt like busy work when we could have spent it in more productive ways, like readjusting our resumes, applying for jobs, scheduling meetings for interviews, stuff like that,” Martin said.

Zach Ehrlich, another recent visual and media arts graduate, said their individual complaints were indicative of a lack of organization in the internship program.

“A big problem that even the professors agreed on was that no one really had a clear and concise answer as to what the internship program was supposed to be doing in the first place,” Ehrlich said.

Martin’s main complaint was that the paper was excessive and counterproductive, and many students on Facebook agreed.

“Nothing was really changing, and I was writing the same things over and over,” Martin said. “A lot of it was really just questions every week that were sort of reworded in a different way.”

“[One thousand words] is a lot when the prompt for writing is not really any meaningful reflection. It’s like, ‘Tell me about your boss. What’s it like talking around the water cooler?’” Ehrlich said. “They were questions that could’ve been answered in flash cards or bullet points that we were forced to spin into a 1,000 word essay every week. It was infuriating.”

Professor Julian Higgins said midway through the semester, ELA faculty members decided to shorten the word count requirement for the weekly reflections to 500 from 1,000 words after realizing it hadn’t been beneficial for students.

“It’s more about the quality of what is being written rather than the quantity. And I think everybody sort of realized that,” Higgins said. “We basically sat down and all of the faculty agreed that it wasn’t making that much of a difference in quality to have double the work.”

Students at ELA were also required to participate in three meetings throughout the semester to discuss their internships. Martin said she felt the gatherings were redundant in addition to the reflection papers.

“We would go person-to-person throughout the entire room, and everyone would say how their internship was going,” Martin said. “I wonder if a marketing student was really benefitting from hearing how my film internship was.”

Ehrlich also felt the meetings didn’t have a clear purpose.

“The problem was that there were no clear directions,” Ehrlich said. “It just was not in any way cohesive and was sort of whatever the individual group figured out.”

During the program’s final meeting, Martin said students united over their disappointment with certain ELA characteristics.

“We kind of reflected on the program as a whole, and everyone became kind of emotional. It became a very powerful meeting where everyone was like, ‘Know what? No, I don’t think this is working,’” Martin said. “It sort of became like, ‘Why did we do all of these things?’”

After hearing their complaints, Higgins facilitated a meeting between Martin, Ehrlich, two other students, and Senior Adviser for Undergraduate Education Lori Beth Way at the end of the semester. Way said their meeting has already helped make the program better.

“The students were great at expressing how they felt things might be done better,” Way said. “They were extremely articulate, well-reasoned, positive, and we have responded.”

Way said administrators have already begun making changes since the meeting. Emerson’s director of career services visited ELA during its spring semester orientation, Way said, and she plans on having a career services staff member spend a week at the campus.

“The LA program is so new. We’re all kind of finding out, ‘Okay where did things come up that we didn’t think about before,’ or, ‘How can we do better?’” Way said.

Martin and Ehrlich said they both felt positively about the meeting with Way.

“I genuinely believe that [administrators] are committed to figuring it out in a way that’s beneficial to the students,” Ehrlich said. “And it’s not a case of ‘They don’t care’ or ‘They’re prioritizing something else.’”

Martin said that although she was disappointed in her personal experience with ELA, she believes that the program could improve for others.

“I hope this doesn’t discourage people from coming here,” Martin said. “I have my qualms with it, but at the end of the day, I’m glad I came here.”

Managing Editor Christina Jedra, a close friend of Martin, did not contribute to this story.

Correction, Jan. 29: A previous version of this article incorrectly stated the name of Professor Julian Higgins as Julia Higgins.