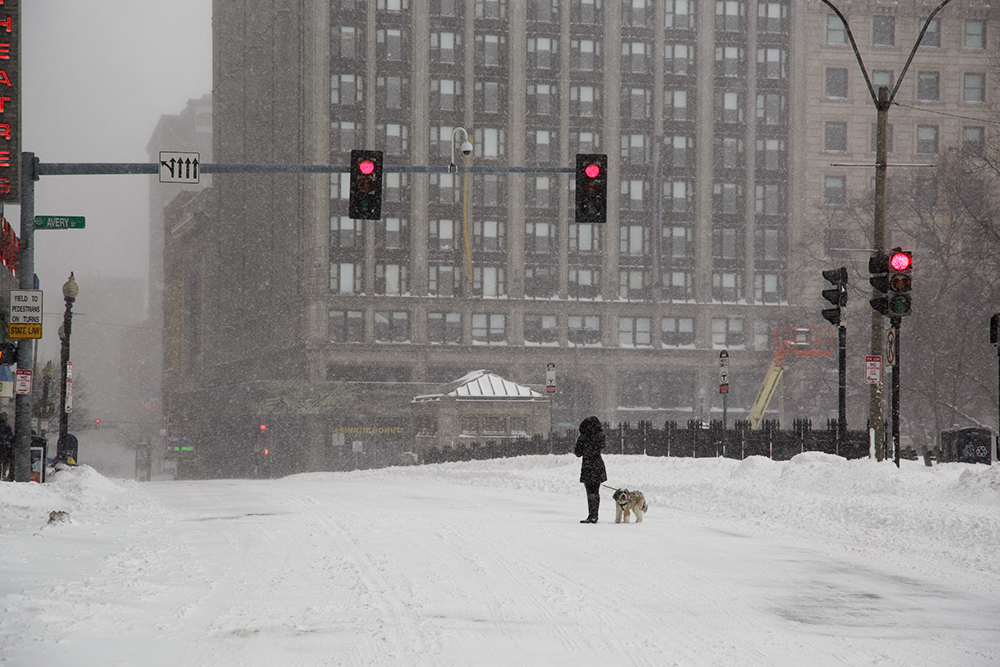 After a major blizzard deluged Boston with nearly two feet of snow, Emerson has canceled classes for a second day in a row on Wednesday. Most campus facilities will be open Wednesday, many with delayed openings or early closings. 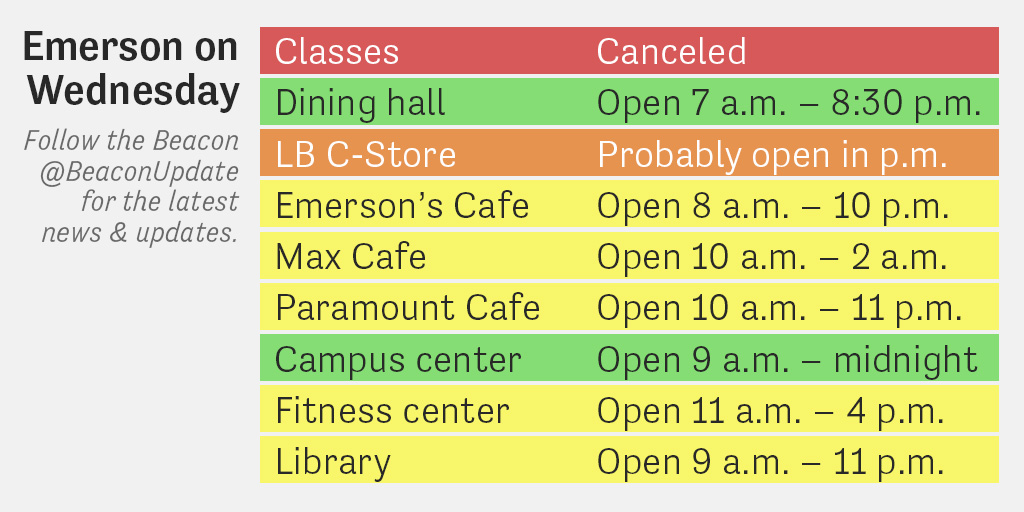 The college’s decision came several hours after Boston Mayor Martin Walsh advised city residents to continue staying at home Wednesday. Emerson intends to return to full operations on Thursday, according to an email from Andrew Tiedemann, the vice president for communications and marketing.

The MBTA said it may open again on Wednesday, and the statewide ban on motor vehicle travel will also be lifted, Massachusetts Governor Charlie Baker announced on Tuesday.

Junior Jesse Sterge, who lives off-campus, said he was glad that Emerson decided to cancel classes.

“It's tough walking through Beacon Hill with the snow everywhere,” said Sterge, a journalism major. “I think the administration has been very considerate.”

Freshman Khyati Sehgal said she was relieved to have another day to finish her homework, adding she wasn’t surprised Emerson took longer than other area colleges to decide whether to cancel class on Wednesday.

“I think Emerson cares about our education, so they wait as long as possible to be absolutely sure,” said Sehgal, a performing arts major.

On Wednesday, the dining hall will be open during its normal hours—from 7 a.m. to 8:30 p.m.—according to Tiedemann. Emerson’s Cafe will open at 8 a.m.; the Max Cafe and Paramount Cafe will open at 10 a.m. The Little Building C-Store has to restock, but Tiedemann wrote it will “most likely” be open in the afternoon.

The Iwasaki Library will be open between 9 a.m. and 11 p.m. on Wednesday, according to Robert Fleming, the library’s executive director. The library staff made the decision Wednesday morning after determining Securitas guards were in place to open the Walker Building, Fleming said.

“Our goal is to be open as close to our normal hours as possible,” Fleming had written in an email to the Beacon on Tuesday night.

Wednesday’s 7 p.m. performance of Breath & Imagination, produced by ArtsEmerson and created by artist-in-residence Daniel Beaty, is not canceled, and will be free for anyone with an Emerson ID card, according to Tiedemann.

City public schools will remain closed on Wednesday and Thursday, Walsh said. Many other colleges and universities in the greater Boston area, including Suffolk University, Northeastern University, and Boston University, also announced they would close on Wednesday.